You are here: Home / At Home / Disney Musicals: Beauty and the Beast 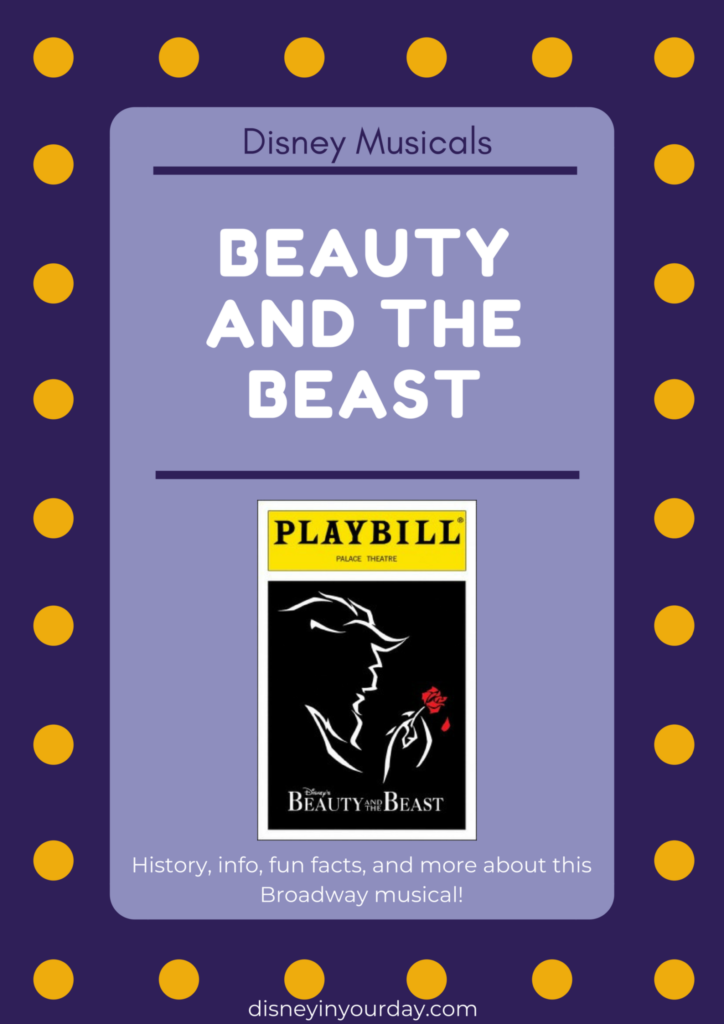 Since so many Disney movies involve music, singing, and dancing, it’s probably no surprise that I’m a big fan of musical theater in addition to Disney.  In fact, it’s been my #1 hobby since I was about 10 years old. I’ve performed in dozens of shows, but this is actually the first time that Disney and theater have truly crossed paths in my life!

When I heard about a local theater putting on Beauty and the Beast (and it didn’t conflict with any of my already planned Disney trips!) I knew I had to audition.  I didn’t try out for any major parts because I had a lot of rehearsal conflicts due to my work schedule, but I was just hoping to get in – and I got cast as one of the townspeople in Belle’s provincial town!  The production is done by MCT in the Philadelphia suburb area, so if you’re in eastern PA consider coming out the next two weekends to see it! We have some amazing leads, awesome sets and costumes, and I’ll be there in the crowd of townspeople 😉 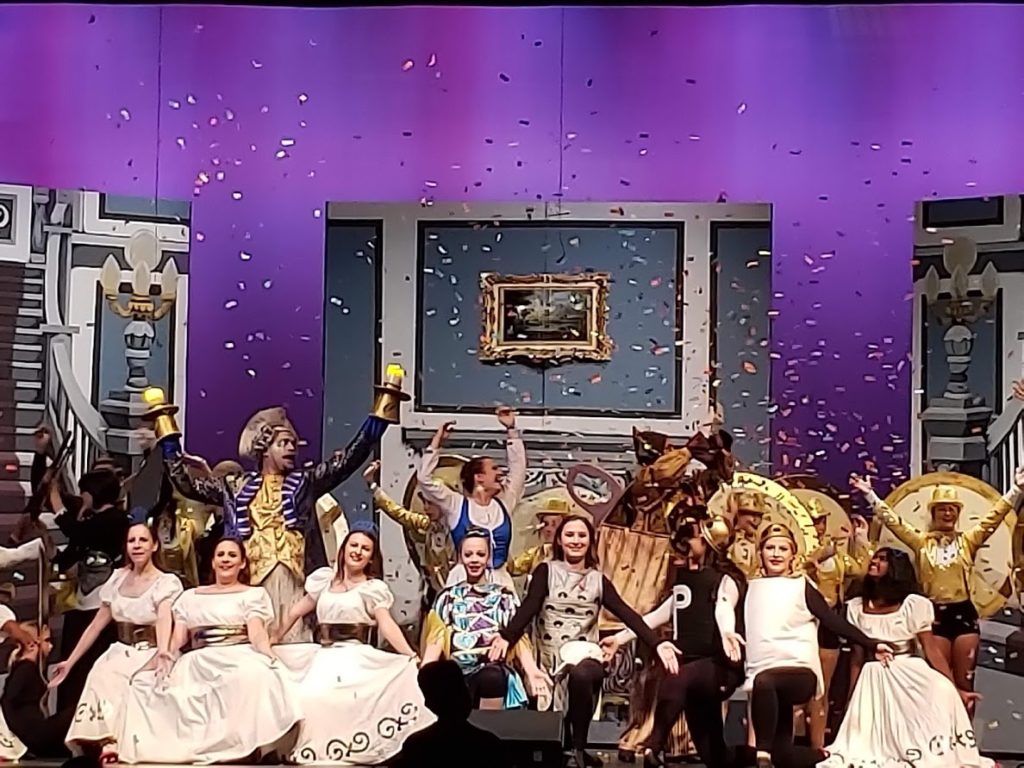 Come “Be Our Guest” at MCT’s production of Beauty and the Beast!

In honor of the production I thought I would start a new series on the blog giving some information about the Disney movies that have been turned into stage musicals.  Beauty and the Beast and The Lion King have seen the most time on Broadway, but there’s also been productions of The Little Mermaid, Aladdin, Frozen, Mary Poppins, and even the Hunchback of Notre Dame. 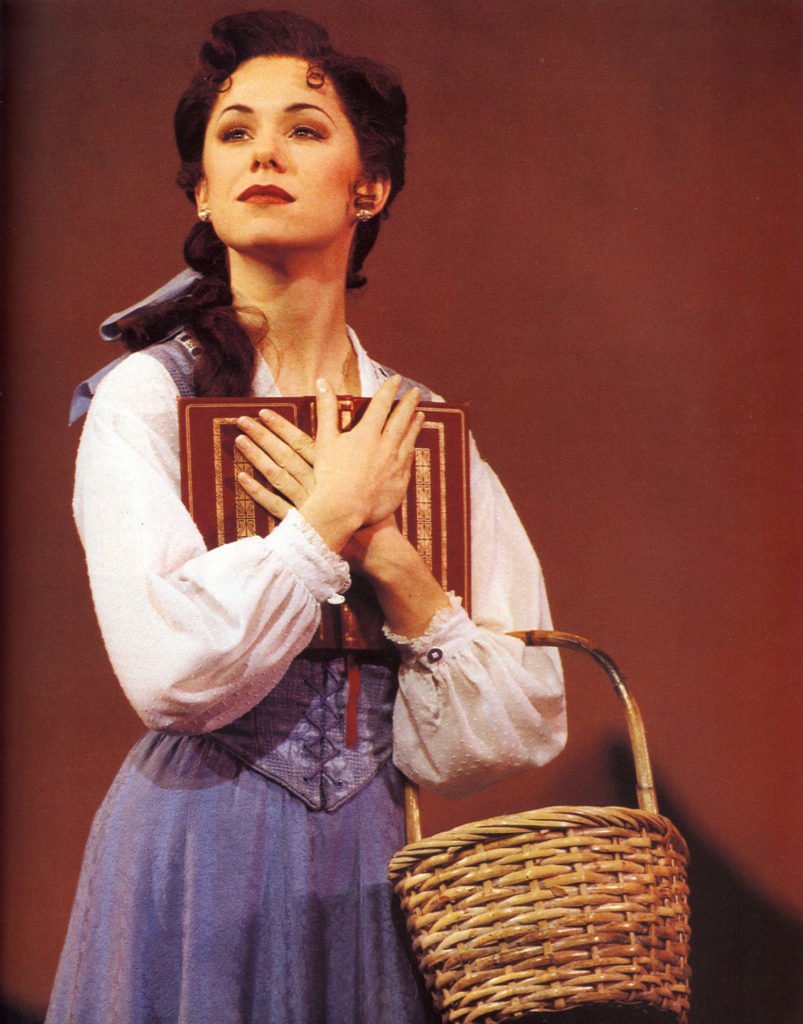 Beauty and the Beast opened on Broadway in 1994, just three years after the animated film came out.  Alan Menken, who had composed music for the movie, returned to write new songs for the musical (he was accompanied by Tim Rice, sinec Howard Ashman had passed away).  Beauty and the Beast holds a special place in Disney Musical history, as it was Disney’s first Broadway production. It ran on Broadway for 13 years.

Susan Egan starred as Belle, and modern audiences who listen to the original Broadway cast recording may recognize her voice as Megara from Hercules.  Of course if you know your history, you’ll realize she was actually Belle before she was Megara. Susan Egan actually told a very interesting story when I heard her speak at the D23 expo about how they were hesitant to cast her as Meg because they pictured her as the more innocent and wholesome Belle. 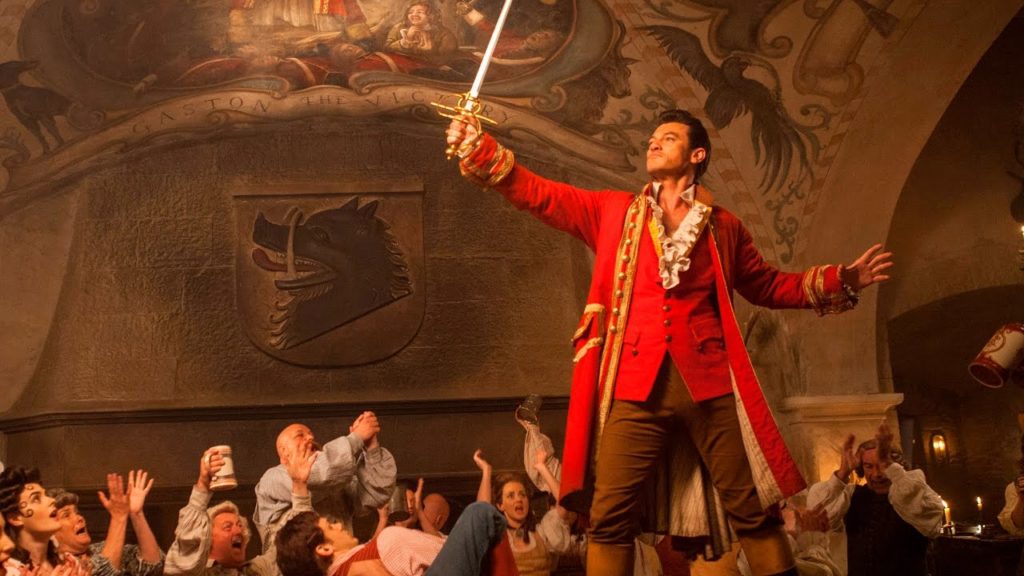 All of the songs that were in the movie were retained for the Broadway show (Belle, Gaston, Be Our Guest, Something There, Beauty and the Beast, The Mob Song).  Gaston has a long instrumental part in the middle for an added dance break (my favorite part of the show to perform!).

Six new songs were written for the stage play. No Matter What is a sweet duet between Maurice and Belle.  Me is a song for Gaston to talk about how great he is. Belle gets a solo song with the sweet Home, and the Beast sings How Long Must This Go On?  He also ends Act 1 with the beautiful If I Can’t Love Her. If you’ve watched deleted scenes on Beauty and the Beast DVDs, you might be familiar with the song Human Again, which has been added into some DVD versions.  Monsieur D’Arque, the owner of the insane asylum, has a rather creepy song with Gaston and LeFou called Maison de Lunes.

Another new song was added in 1998 when Toni Braxton played the role of Belle.  She was hesitant to sign the contract to play the part, but finally agreed when they agreed to write a new song specifically for her. That song is called “A Change in Me,” and has been kept in the show ever since. I’m glad, because I enjoy the song a lot! 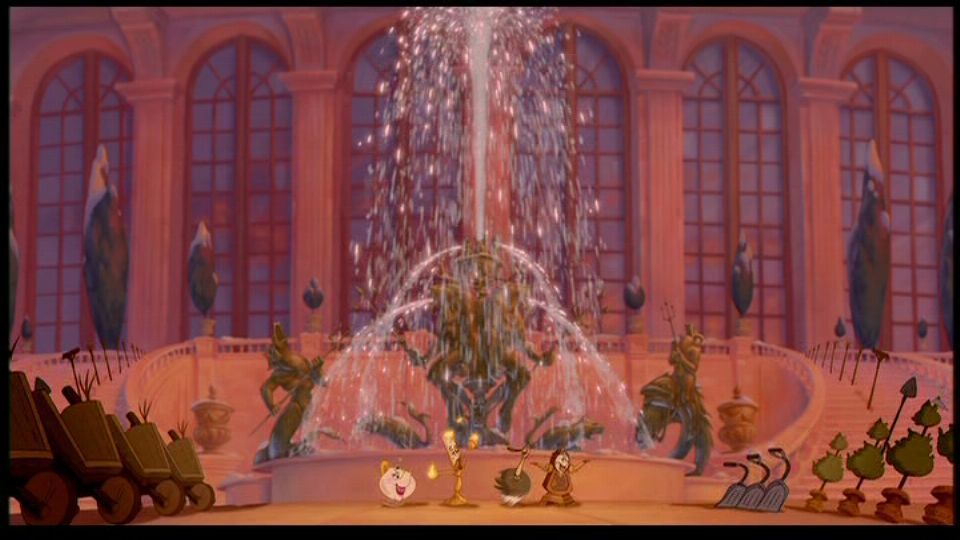 For the most part the musical sticks very closely to the original screenplay, as it was adapted by the original writer.  Much of the dialogue is word for word, though certain things were added in (in addition to the new songs).

The enchanted objects in the castle are slowly turning into inanimate objects, rather than being fully transformed into animate “things.”  Cogsworth grows an extra piece on his back in the show, and he and Lumiere discuss the fate of their friends, some of whom have already become completely inanimate (such as a brick wall or a door mat).

The Beast is given more character development, particularly through his songs, such as “If I Can’t Love Her.”  He and Belle have a scene where she reads him a book, and it makes it feel like you see a little bit more of their relationship developing as well.

The enchanted objects are given more character development as well, and several characters get names and more personality than they originally had, such as Babette (the feather duster) and the Wardrobe. 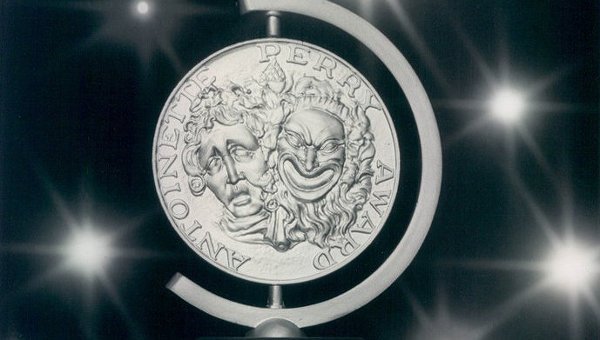 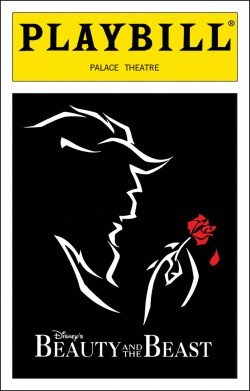 Beauty and the Beast is currently the 10th longest running Broadway musical of all time.

Susan Egan was the first person to play Belle on Broadway, but she later went on the originate the voice of Megara in Hercules.

Human Again was animated and added into some of the later editions of the DVD release of the original movie.

A number of well known people have played Belle on Broadway, including Toni Braxton, Andrea McArdle (the original Annie on Broadway – she’s the one I saw perform Belle in 2000!), and Christy Carlson Romano.

Have you ever seen the stage production of Beauty and the Beast? What do you think of it?