You are here: Home / At Home / Disney mug of the month: Villains 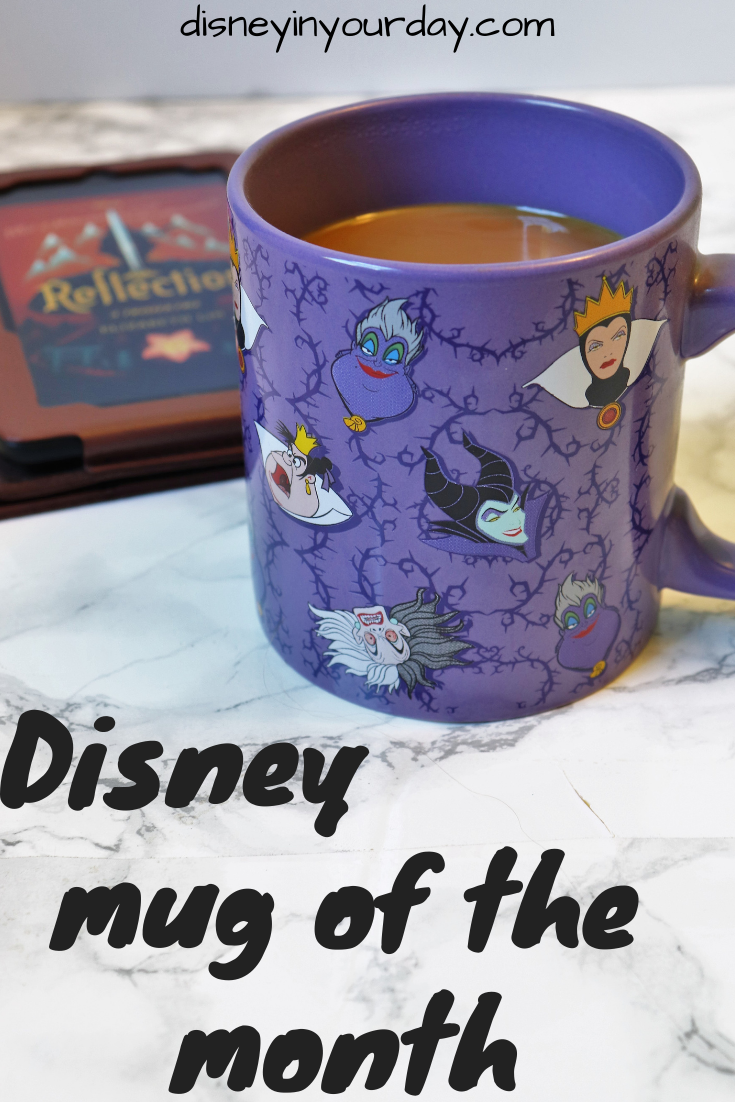 It’s time to get into the spooky season! Normally my September and October is super busy – we do a big trip in September and then I have races almost every weekend in the fall, plus the annual librarian conference in October. Aside from a handful of races most of these things aren’t happening, which means I have a little more time to be at home and do some Halloween and fall type things.

Including using this mug, which I think is perfect for this time of year as it’s covered in Disney villains. It features some of the most popular female villains and shows the faces of Ursula, the Queen of Hearts, the Evil Queen, Maleficent, and Cruella DeVil. This pattern continues across the whole mug. It might be hard to tell from the photo but this is a really large mug, so it’s good for those days I need some extra caffeine! I like the fact that it’s purple too. 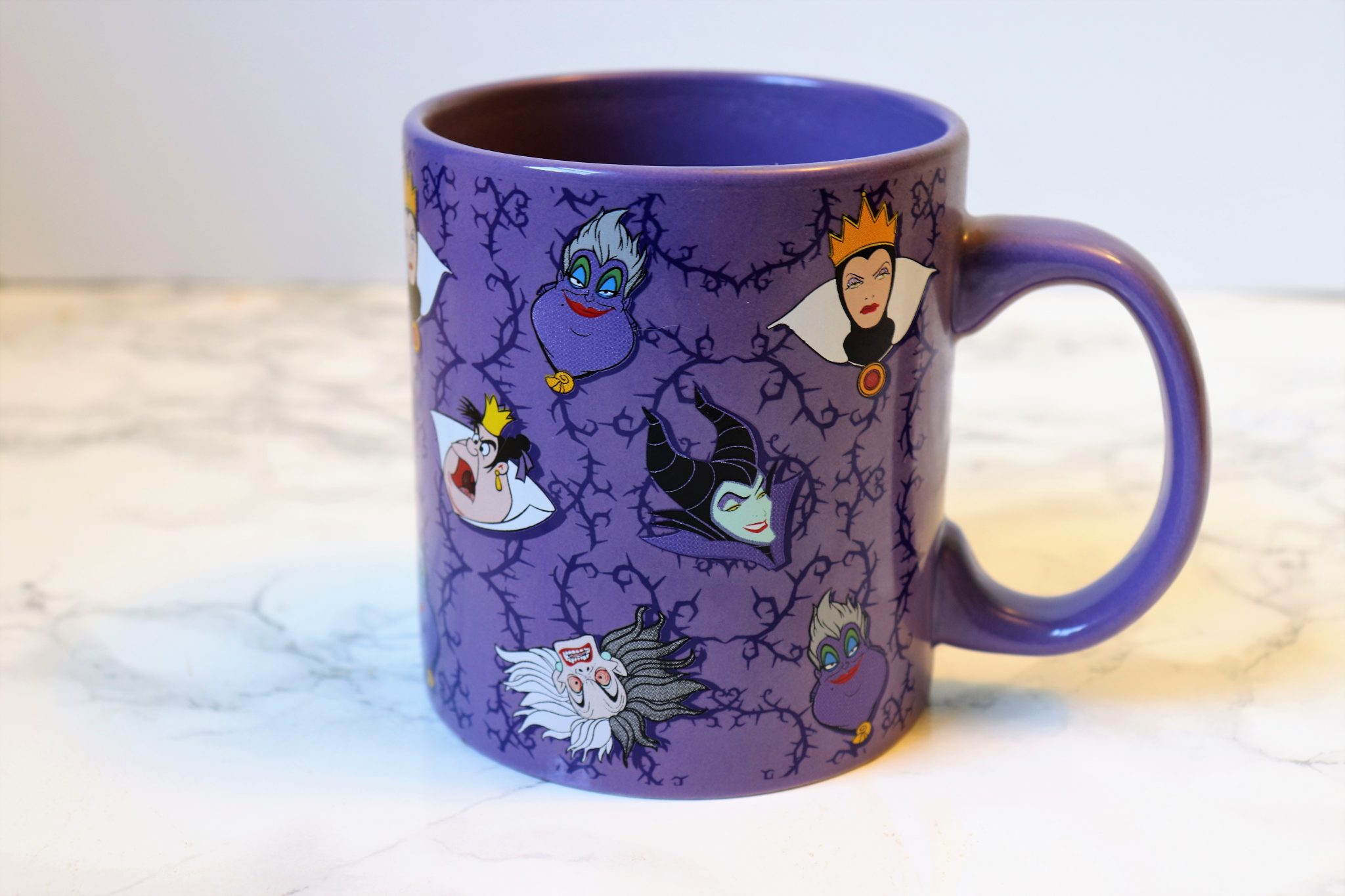 I got this one as a gift a few years ago through a Disney facebook group that did a mug swap. It was a neat experience as this isn’t the type of mug I would normally pick out for myself, but I think it’s a fun option – especially around Halloween when it’s time for all things villainous! This one isn’t available for sale anymore, but I found a few other fun Disney villains mugs if you’re interested.

Want a Disney villains mug? Check out these options: 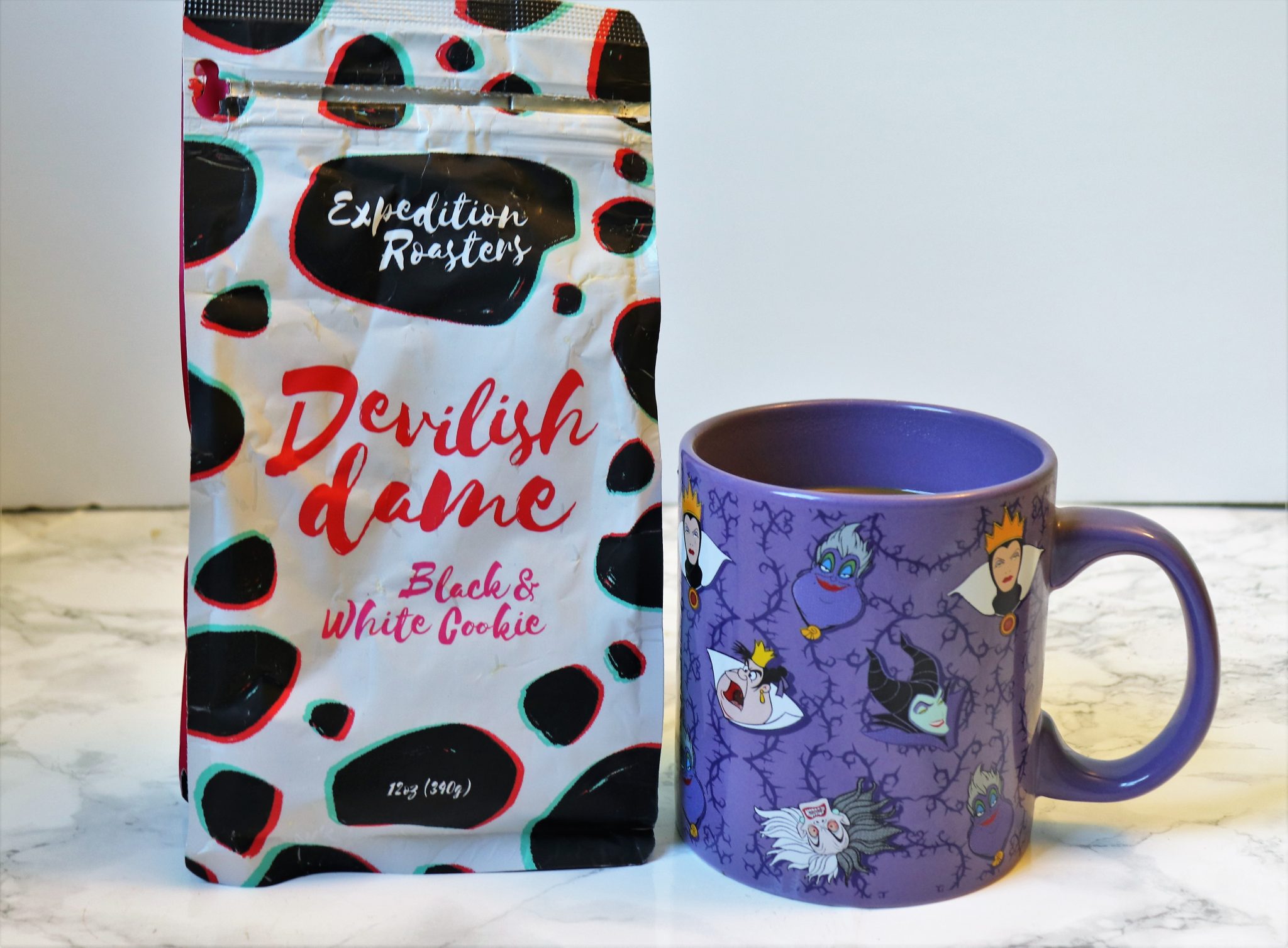 What’s in my mug: Of course I had to try and pick a coffee that goes with the theme of my mug and the season! I missed out on the sale of the Pumpkin Spice King this year, so right now I’m drinking some “Devilish Dame” from Expedition Roasters. This one is inspired by Cruella DeVil! It is black and white cookie flavored and has a sweet flavor without being overpowering. 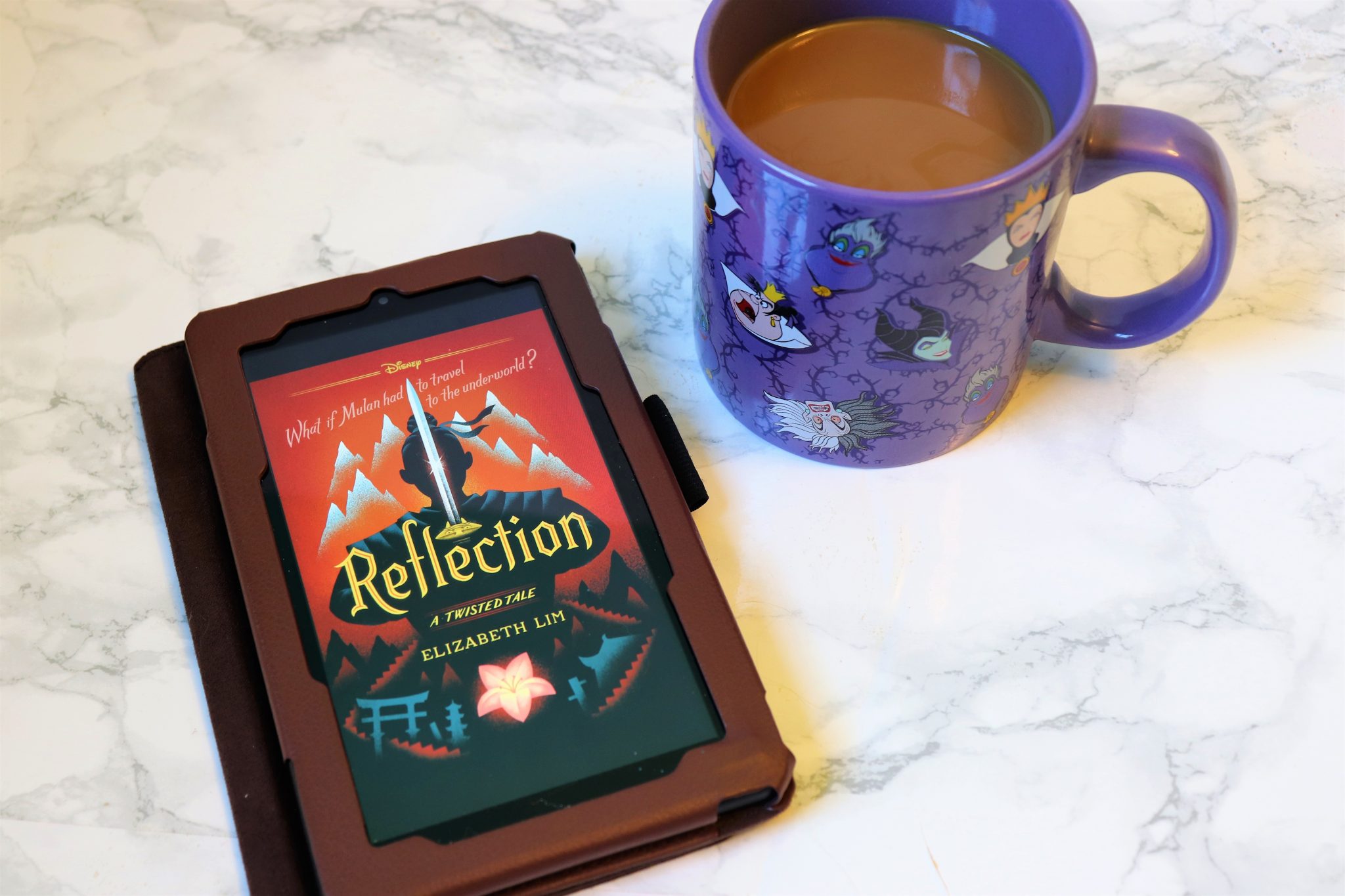 What I’m currently reading: I’m in the middle of the Disney in your Day book club pick for this month, Reflection: A Twisted Tale. This one asks the question “What if Mulan had to travel to the underworld?” In the story Li Shang is brought close to death during the battle with the huns, and Mulan tries to save him by going to the underworld. I’ve read a number of twisted tales in this series, but I have to admit this is one of the hardest ones for me to get into. I think it’s because it’s so far removed from the original movie and we don’t really have any familiar characters aside from Mulan and Shang. Poor Mushu has had almost no book time so far (I’m about 40% of the way through). On the other hand, I’m learning about Chinese mythology and their version of the underworld called Diyu. I’m curious to see where it goes at least.

What mug are you using right now and what you are reading?