You are here: Home / Books / Disney mug of the month: Disney Cruise Line 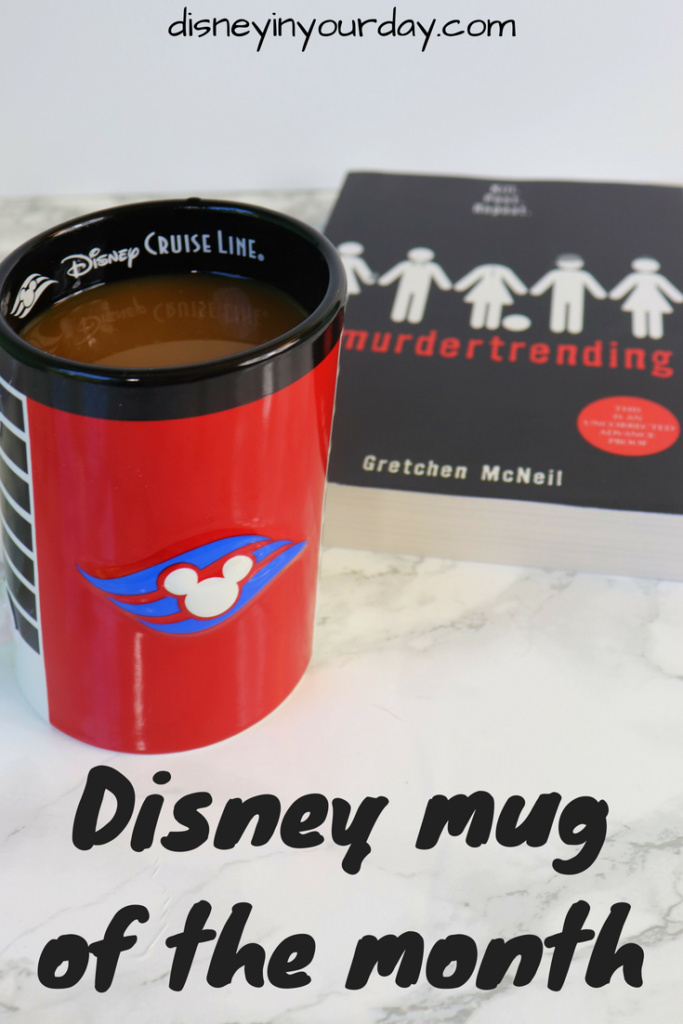 When we took our Disney Cruise in May on board the Disney Magic, it was the second time we were aboard a Disney ship. Shockingly, I did not purchase a mug the first time I was on a Disney Cruise! Of course I needed to rectify that this time. Jason made the mistake of allowing me to browse the shops while he grabbed seats for the show one night with his friend, and when I came back with a bag I think he suspect what was in it. 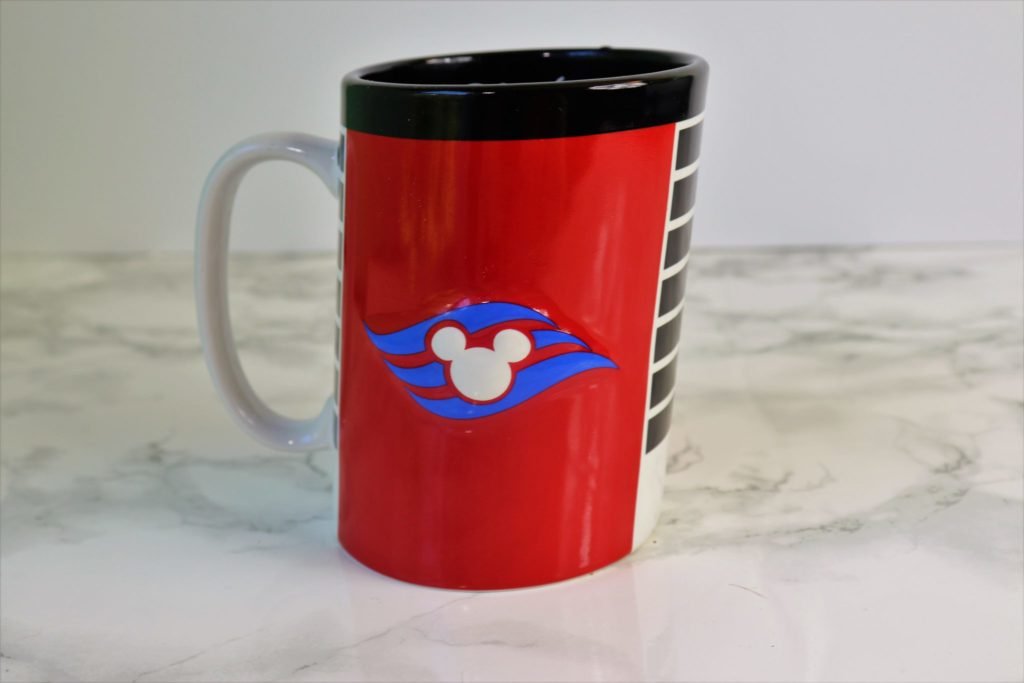 A new Disney mug, of course! Well, I have so many Disney World mugs, as well as one from Disneyland, so of course I needed to add a cruise mug to the collection. Not surprisingly they have a number of different Disney Cruise Line inspired mugs, but I thought this one was the most fun.

It’s a replica of the Disney Cruise Line smokestack, which has a very iconic look to it. This is one of the things that makes a Disney ship stand out amongst other cruise lines, especially if there are a number of ships pulled into one port, like in Nassau.  You’ll always be able to identify the Disney ship with this smokestack, with the cruise colors of red, white, and blue, as well as the classic Mickey logo.  The mug is even tilted like the smokestack! I like the inside of the mug as well, as it has the phrase “Disney Cruise Line” posted on the inside. 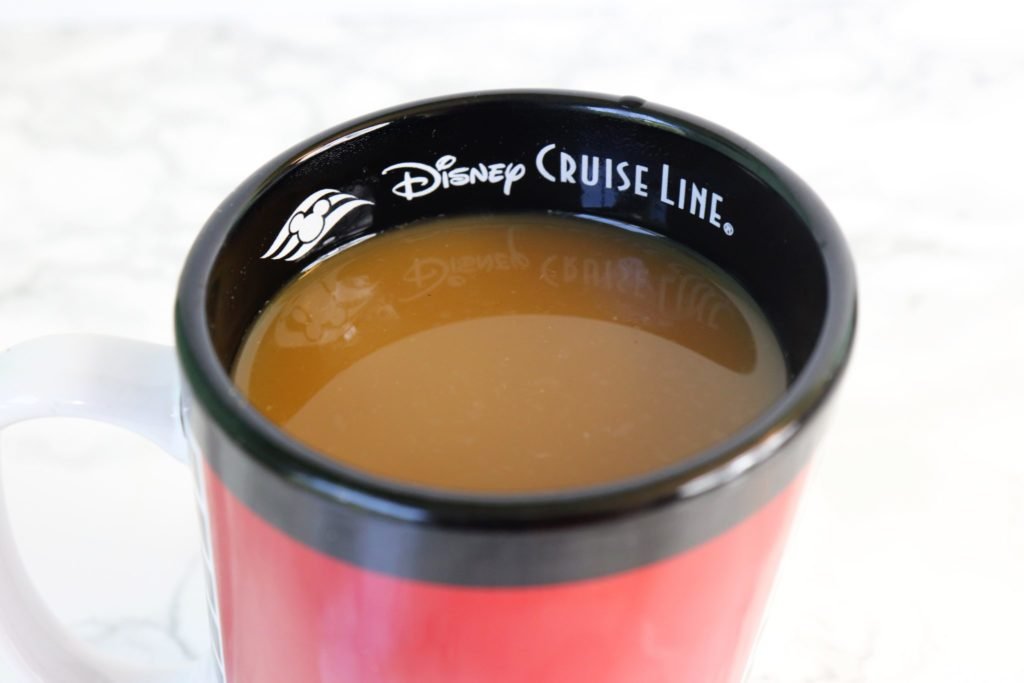 What’s in my mug:  I’m almost at the end of some of my coffee from Expedition Roasters, so it’s probably time for a new order soon. But what to get? Do I re-order the ones I’ve already enjoyed, or do I try something new? The Redhead Rum sounds tasty.  So do lots of the other flavors – if you’re interested, check out their website and tell me what you would try! 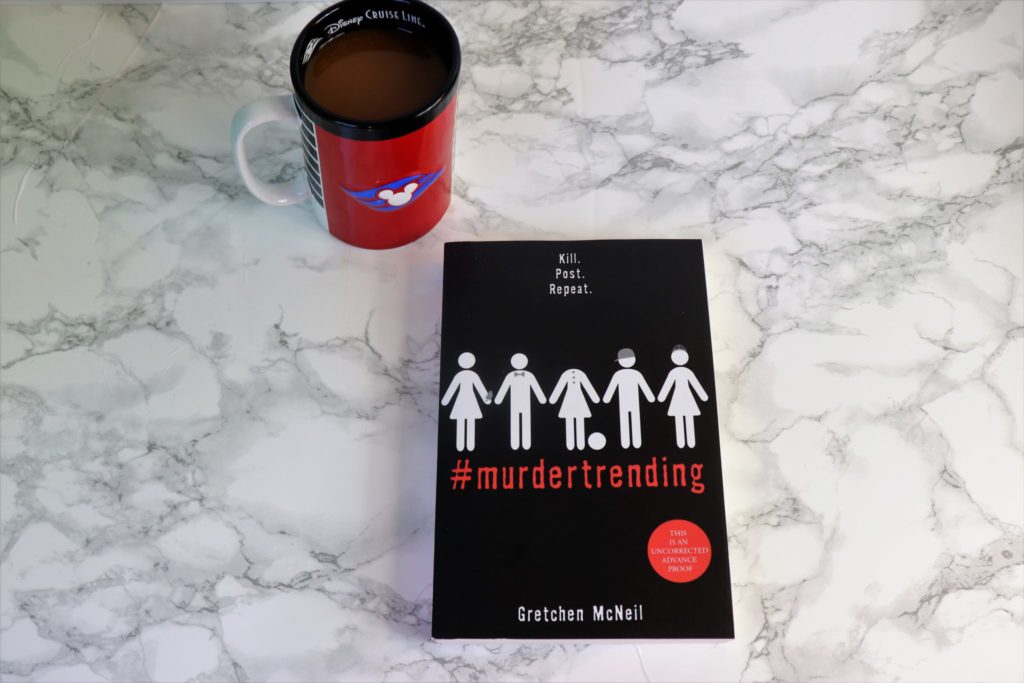 What I’m currently reading:  I’m actually not currently reading it since I finished it – because I could not put this book down and read the 350 page novel in 2 days.  It’s called #murdertrending, and it will be published on August 8th. I got an advance copy of it at the Public Library Association conference I was at in March. This is a YA novel that’s definitely dark (if you couldn’t tell by the title) and definitely has a Hunger Games feel to it. If you don’t like violence this is definitely one to avoid.

The characters might not have been the most well developed but the story was addicting. It’s about an alternate version of our country (not dystopian future, because it’s actually set in 2017) where capital punishment has become a reality television show. Convicted murderers are sent to an island where they are forced to fend for themselves and live in constant fear of one of the “executioners” killing them in extremely gruesome ways.  Our story centers on 18 year old Dee, who of course is innocent, and the alliances she forms on the island which becomes known as the “Death Row Breakfast Club.” It’s full of suspense in the same way that Hunger Games is, and it also involves a mystery as Dee tries to figure out who really committed the murder she was framed for.