You are here: Home / Blogging / Disney characters who made mistakes 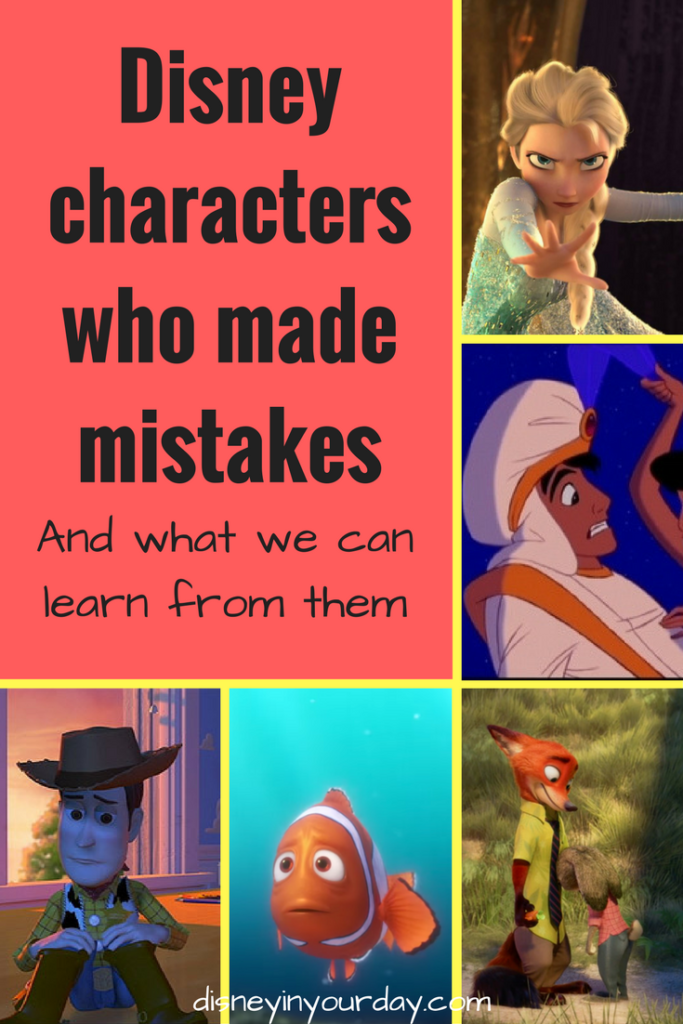 We’re about to get really real on the blog today.  This is probably one of the most honest posts I’ve written.  Since I write about Disney it’s fairly easy to keep my personal life separate from the blog.  Sure, I’ll talk a bit about my trips, and in my monthly goals I dive into what’s going on in my life, but the day to day posts usually have little to do with my own life.  But sometimes emotions are too strong, and life is too real, and I’m choosing to share some of that with you today – tying it into Disney, of course.  Because that’s what my brain does.  Even outside of blogging, when I have a problem or an issue I often link it back to Disney somehow.

I made a mistake.  It was a pretty bad mistake and it completely ruined a friendship that meant a lot to me.  To make a long story short, here’s the details to hopefully make this story make sense.  I am on anti-anxiety/anti-depression medication.  My doctor’s office screwed up my prescription so that I was off of my meds for about 4 days, which can really mess with a person’s brain and functioning.  During this time period I got in a fight with a friend.  There’s no real excuse, but because I was totally overwhelmed emotionally I pushed him.  This is incredibly hard for me to share and own up to, because I am unbelievably ashamed and embarrassed for having done this.  He flipped out and effectively ended our friendship, telling me “after what happened you and I can never be close again.”

Needless to say, I have been struggling for about the past 10 days since this happened.  How do I live with myself knowing that I not only did something that bad, I also ruined a really promising relationship because of it?  I’ve tried a lot of different ways to cope, but I’m feeling perhaps the lowest I’ve ever felt in my life.  One of my coping mechanisms is to try and find something I can relate to in books or movies to make me feel better.  And of course for me, that often comes back to Disney.

There are Disney characters, Disney heroes even, who make mistakes.  And the more I thought about it, the more I realized they’ve made some pretty big mistakes.  And you know what?  You can’t change the past.  What’s done is done, as much as that can hurt.  But you can learn from it.  And you can surround yourself with good people who will not only forgive you, but try to understand you and support you.  Here are just a few of the Disney characters and the major mistakes that they made which makes me feel like maybe I’m not the worst person in the world and there’s hope for me yet.

Aladdin’s relationship is based on lies 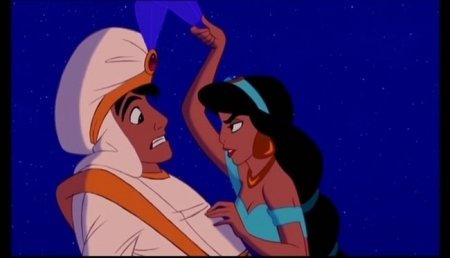 If you really think about it, it’s a wonder that Aladdin and Jasmine end up together at all.  His entire relationship with her is based on lie after lie.  Even after he’s had multiple opportunities to tell her the truth, he doesn’t.  It’s not necessarily from bad intentions, but just from the fact that he thinks this is the only way to get what he wants.  It’s a foolish thought, but one he believes.  And yeah, Jasmine isn’t happy at first, but she recognizes why he did things the way he did.  And she trusts him enough to believe that he won’t do that to her again.  That’s a pretty awesome thing.

The lesson:  The truth is always best.  And if someone has been lying to you, don’t assume that they’ve done it out of malice – consider why they felt the need to lie. 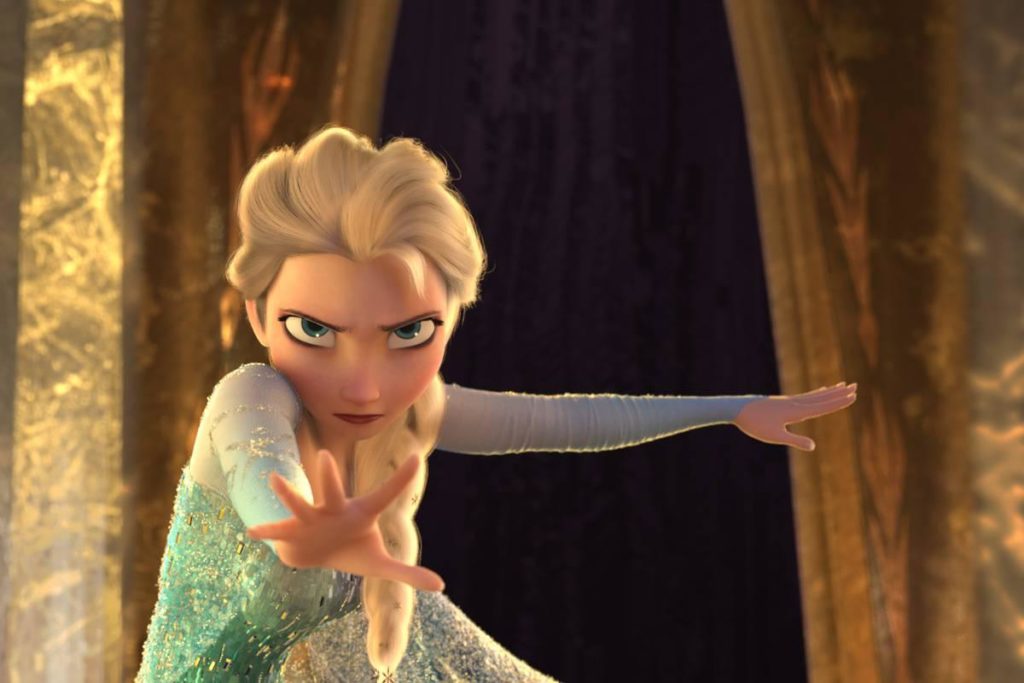 For much of the friendship I had that I discussed above, I felt like the Anna to his Elsa.  He was always very closed off, saying that he didn’t want to open himself up, he didn’t want to make new friends and relationships because he would just cause other people pain.  And I was upbeat, optimistic, and believed there was a way around any situation.  Then all this happened and I feel like the Elsa who just shot an icicle through Anna’s heart.  I had kept down a lot of the hurt that I was feeling because of him for a long, long time, and in a moment of uncontrollable emotion I let it out in a way that hurt someone.  And I know that Elsa has never regretted something so much because now I know how that feels.  But you know what?  Anna loved her sister anyway.  She knew that Elsa didn’t intend to hurt her, and that there were things going on inside of her that she couldn’t control.  And Anna’s unwavering love and hope ultimately saved both their lives.

The lesson: Don’t hold things in until they get the best of you.  And try to be a bigger person and recognize when a friend or loved one might be dealing with something outside of their control. 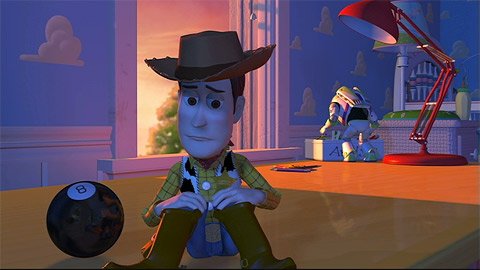 We know that Woody and Buzz eventually come good friends, but of course when Buzz Lightyear first appears Woody spends all his time being jealous.  He’s driven so strongly by this emotion and a change in the life he’s known that he does something pretty stupid and bad.  He tries to trap Buzz behind Andy’s desk so that Andy can’t find him, but of course he knocks Buzz out the window instead, which leads to a whole series of misfortunes.  All because of strong emotions that caused Woody to do something bad.  But ultimately Woody and Buzz get to know each other better and able to realize they actually work well together as a team.

The lesson:  Don’t let jealousy overtake you.  Take the time to think through your actions instead of being driven by emotions.   Also, just because something seems like a bad situation (like Buzz showing up) doesn’t mean it has to end badly. And even if it seems like someone has done something awful to you, be open to the fact that there is such a thing as forgiveness, and it’s even possible to be best friends someday. 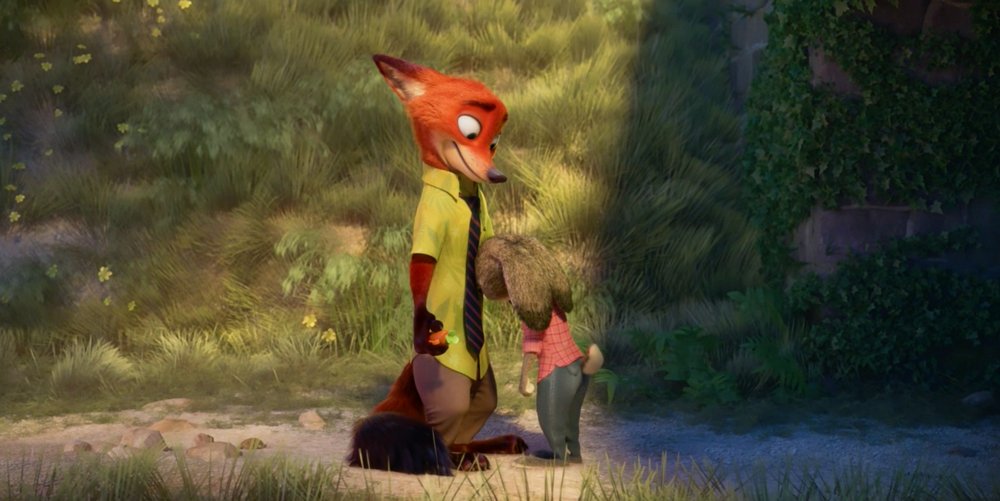 Another Disney friendship I find myself relating to.  The eager, overly optimistic one (me) and the jaded, down on the world one (him).  Just when it seems like things might be turning around and Nick is willing to fill out a form to apply for the police force, Judy inadvertently does something that almost ruins everything.  She insults all predators in an interview, stating that their DNA might make them more likely to go savage.  She has insulted Nick and implied there is something wrong with him just because of who he is.  But when Judy apologizes and admits her mistake, Nick is able to forgive her and the two go back to being good friends.

The lesson:  Blindly believing stereotypes can be hurtful to those we care about.  And when someone makes a major mistake, being strong enough to not only forgive them but to be friends again can pay off with something beautiful.

Marlin tells Dory forgetting is “what she does best” 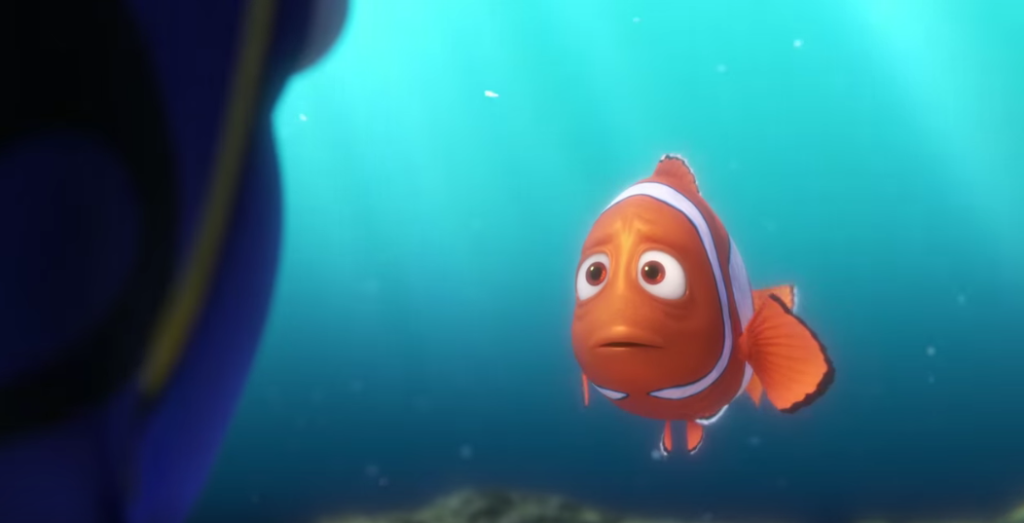 Marlin and Dory have always had a unique sort of relationship, and things haven’t been easy between them from the beginning – but they are close anyway.  In Finding Dory Marlin loses his temper with her and says something pretty horrible.  “You know what you can do, Dory? You can wait over there. Go wait over there and forget. It’s what you do best.”  Coming from your best friend, you can imagine this is a pretty big slap in the face.  Marlin messed up pretty badly by saying that, and he causes Dory to leave, which almost results in them never seeing each other again.  But Marlin realizes his mistake and goes after her.  When they eventually find each other, Dory has a big enough heart to forgive him.

The lesson:  Things that happen due to anger can have serious consequences.  And things said in anger can hurt an awful lot – but some friendships are strong enough to get past it.

There are more I could mention, but these are some of the biggest examples that came to my mind when I thought about Disney characters who have made mistakes, and how it might relate to my situation.  Most of them are friendships that are really put through the ringer, but they ultimately come out stronger for it.  The characters not only realize what awful things they’ve done, but they have friends or family good enough to not just forgive them for it, but be willing to pick up their friendship where it left off and not have that affect them.  I am not fortunate enough at this time to have a friend willing to do that, so I have to move on on my own.

But thinking about these situations makes me realize: I did what I did, and there is no turning back.  I can’t change the past.  What I can do is learn from it and not make the same mistakes again.  Life is not a Disney movie, and the person that I wronged is not willing to continue with our relationship because of what I did.  All I can do is try to forgive myself (easier said than done) and try to return to that upbeat, optimistic Anna or Judy Hopps who is maybe just a little bit wiser now.

Have you learned any lessons from Disney characters who made mistakes?  Do you think all of these characters are forgiveable?