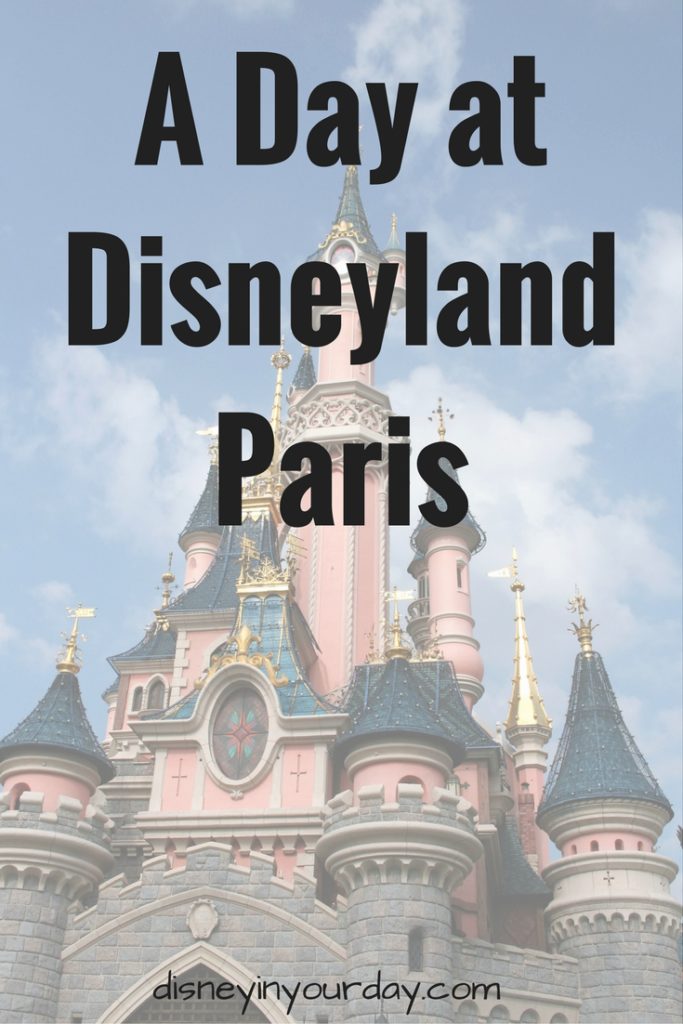 After a couple of days in Germany and a couple of days in Paris, it was time to take the trip out to Disneyland Paris!  It was less than an hour train ride from the city center and only cost about 7.50 euro per person.  The train station at Disneyland Paris lets you out right near the parks, so we checked in at our hotel (Sequoia Lodge), dropped off our stuff, and headed down!  We had to stop at the expo first to pick up my race stuff, but we were off and into Disneyland park by around 11am that morning (the park had opened at 10). 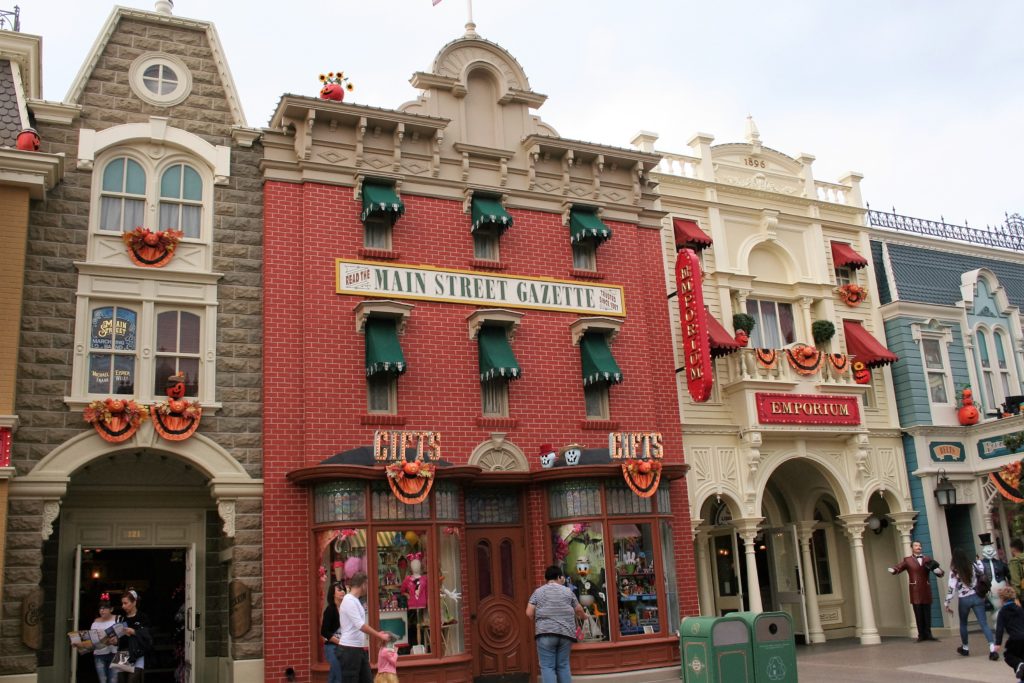 Main Street looked beautiful and a bit familiar, though it was decked out in all the Halloween decorations!  They really seemed to go all out there, and I liked it.  The castle is so beautiful.  It really has a lot of detail, and of course the first thing we needed to do was take pictures of it!  Not sure where to go next, we decided to head into Discoveryland (which is what they call Tomorrowland). 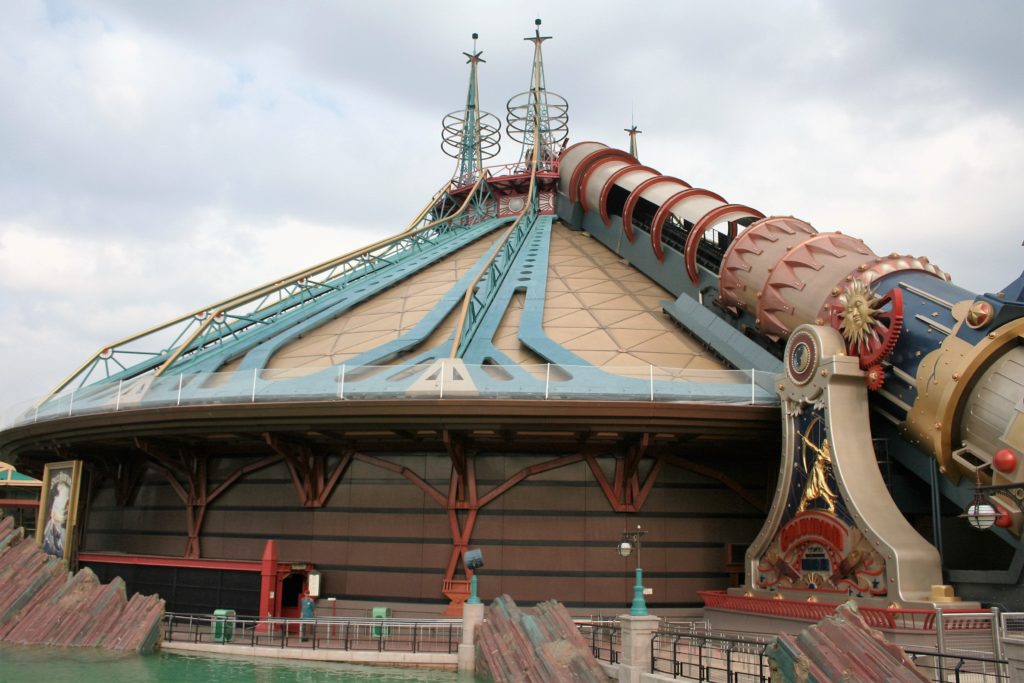 Here we decided to do Space Mountain first, in case it had a wait.  Turns out it was a walk on, as was almost everything else we did that day.  We never waited more than 10 minutes for anything.  This is actually Space Mountain: Mission 2, and it has a totally different feel to it!  It’s a more intense ride than our Space Mountain, with some loops thrown in.  We also did the Nautilus, which was just a walk through attraction, and Buzz Lightyear’s Laser blast (basically the same as the one in Disneyland).  There was nothing else “must do” in Discoveryland, so we went back to the center to decide where to go from there. 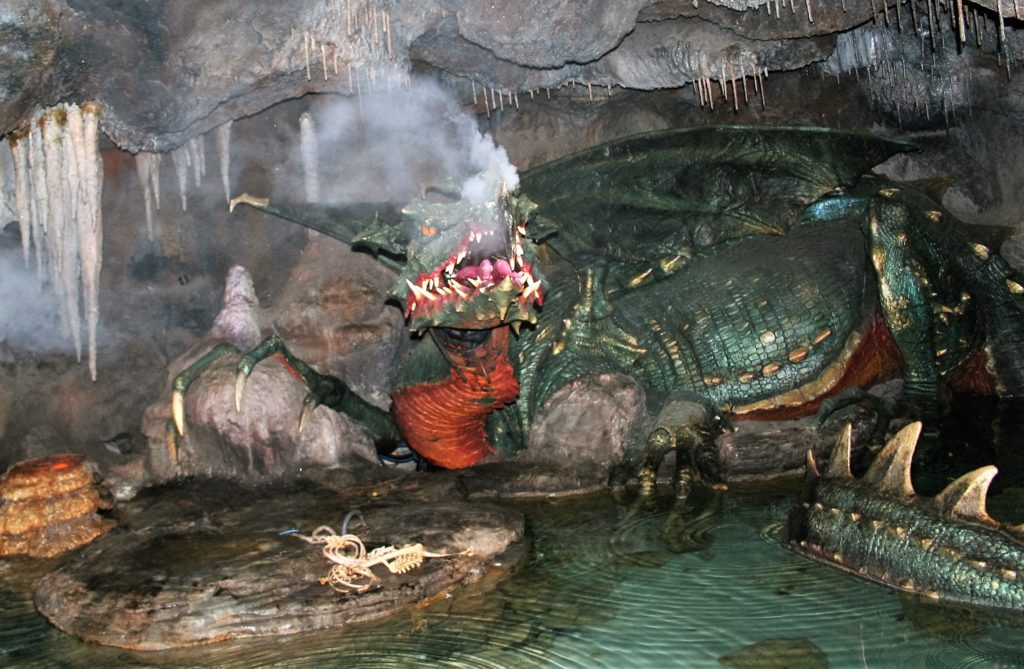 While the castle walkthrough attraction was closed, we were still able to go below the castle to see the dragon.  How cool is that?  They have a neat animatronic dragon down there.  It was pretty awesome to see it move around and breathe smoke. 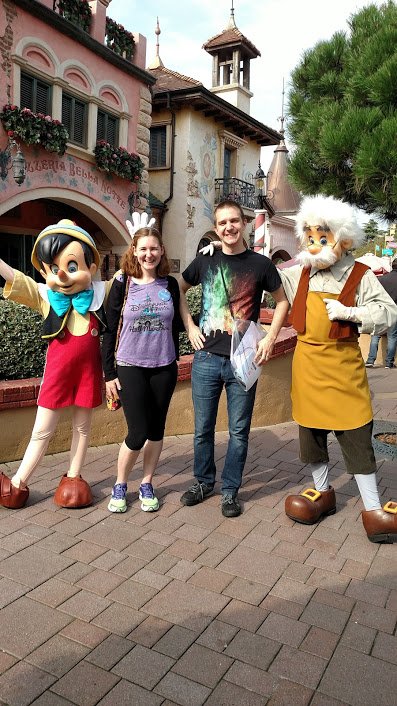 We decided to do Fantasyland next and were headed to It’s a Small World when we saw a character meet and greet on the way.  It was Ghepetto and Pinocchio, and I’ve never gotten my photo with them so we had to stop!  There were some different characters out at the parks than you normally see across the pond. 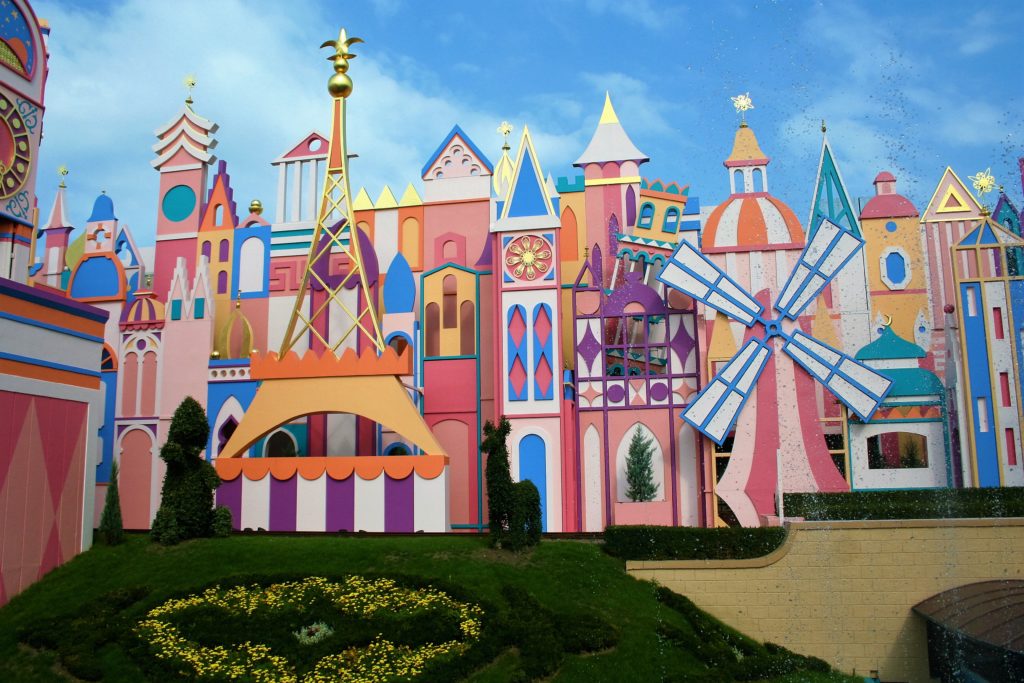 The outside of It’s a Small World was really pretty.  I loved all the bright colors.  It’s definitely a better building than WDW.  Disneyland’s is also gorgeous with the white and gold, though these bright colors felt a bit more fitting for the ride and Fantasyland.  The inside was basically the same ride.  We also did the teacups, which are also beautiful and colorful. 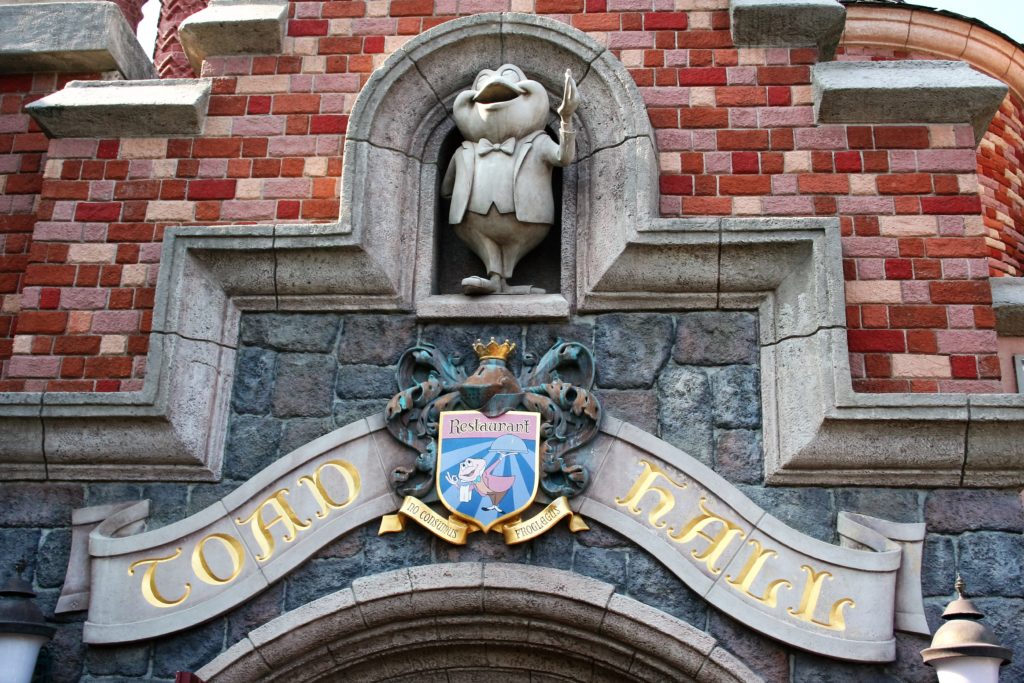 By now we were hungry, so we headed over to lunch in Toad Hall.  They only really have two things on the menu (fish and chips and a chicken sandwich on an English muffin), but the real highlight here is the themeing.  We love Mr. Toad’s Wild Ride in Disneyland, and my husband is a huge Mr. Toad fan so when I heard this place existed I knew we’d be stopping here.  The inside was so cool.  There were tons of portraits of Mr. Toad doing various activities, Toad wall paper, a Toad suit of armor… lots to look at while you ate! 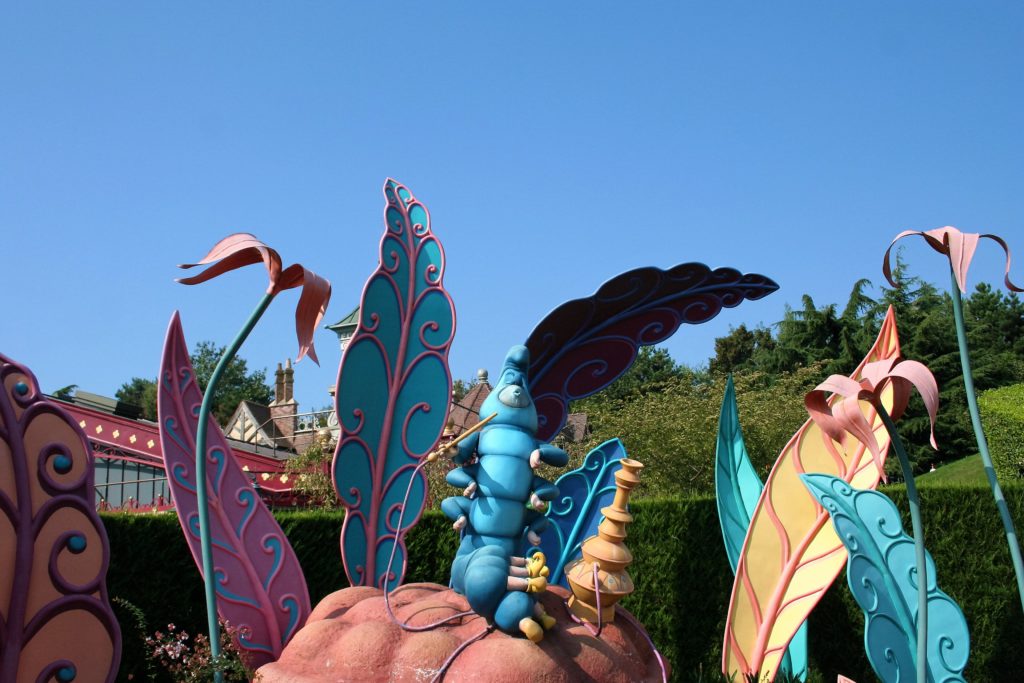 We next made our way through Alice’s Curious Labyrinth, which isn’t a very hard maze to figure out but fun to see all the characters along the way.  There’s also a cool photo opp outside with the Mad Hatter’s Hat!  From there we did the Storybook canal boats.  I really enjoyed this attraction in Disneyland but thought it was even better here!  You ride a boat around and see miniature set-ups and scenes from Disney movies (as well as Hansel and Gretel and the Wizard of Oz, randomly).  I love all the detail and all of the films represented.  We next went on the Casey Jr. train, which is basically a kiddie coaster, but gives you a good view of the canal boats too. 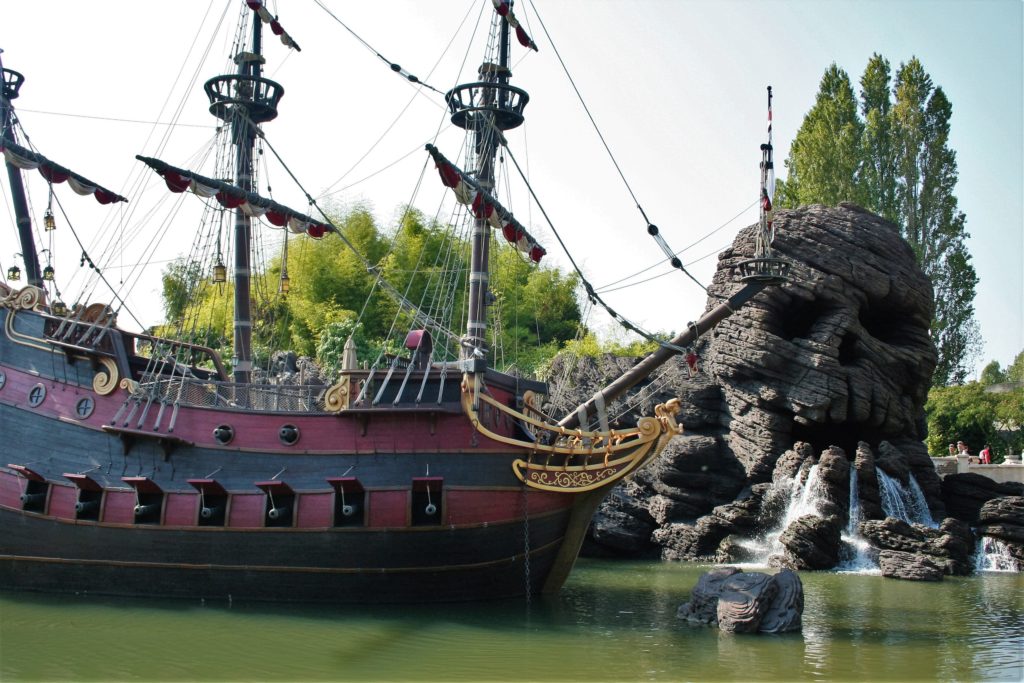 We grabbed a fastpass for Peter Pan’s Flight and in the meantime rode both Snow White’s Scary Adventures and Pirates of the Caribbean.  Snow White was cute.  Pirates was a bit different from the other two versions I’ve seen.  I thought the ending of this one was neat but overall California’s is our favorite.  And Peter Pan’s flight was mostly the same except the ships felt a little more jerky/rocky here! 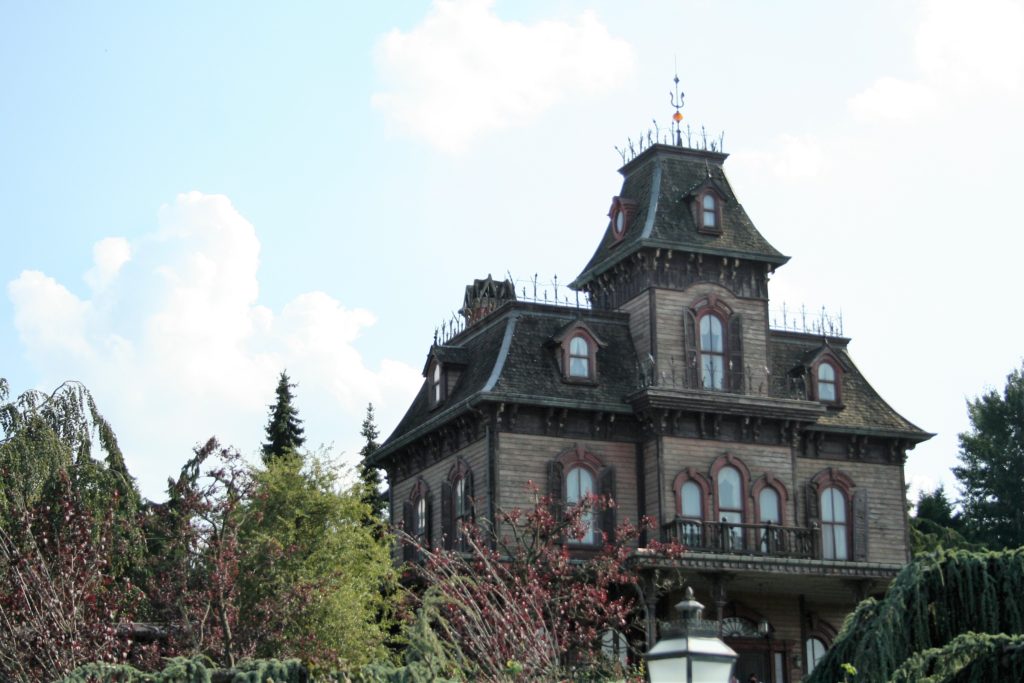 We walked through Agrabah, where there’s a little walk through attraction with scenes from Aladdin, and then headed into Frontierland.  The only real attraction open there right now is Phantom Manor, which is their version of the Haunted Mansion.  It was neat – I liked the way that they tried to make a more cohesive story in this one, but the effects didn’t seem quite as good as in Disney World. 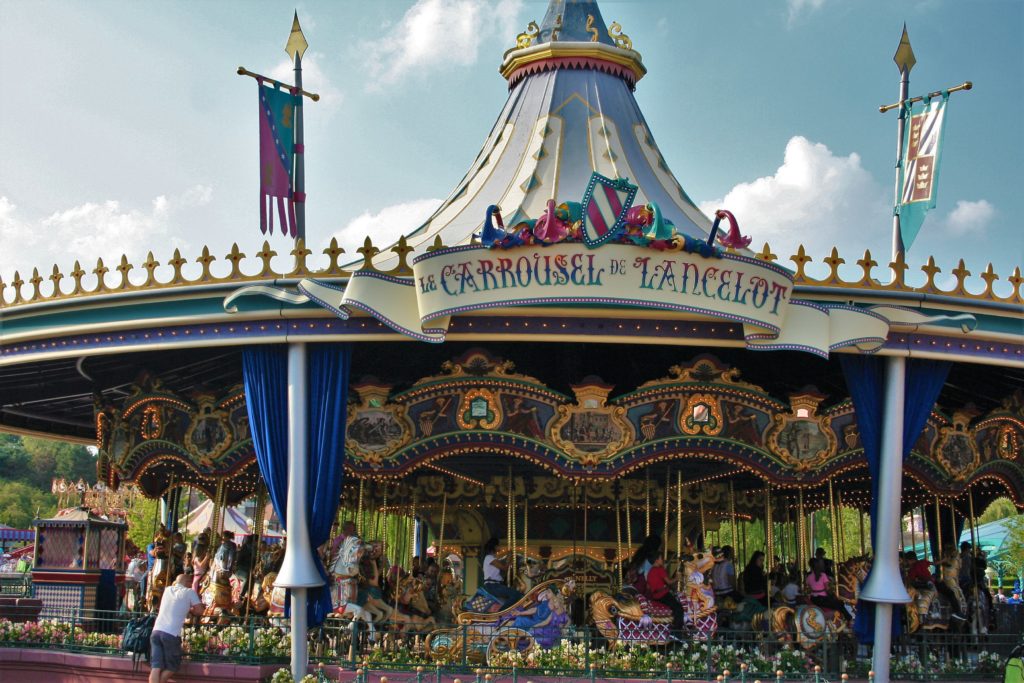 At this point it was only about 4 o’clock and we’d basically done a majority of the rides.  That was the one downside – so many things were closed while we were there.  There were 5 major rides shut down which was really a bummer and why we had completed everything we wanted to do within 5 hours.  We still had 2 hours until our dinner reservation so we browsed the shops (Jason did Space Mountain again while I was shopping), did Buzz Lightyear again, rode the carousel, and then did Pirates again.  We went over to Blue Lagoon around 5:40 where we met up with friends. 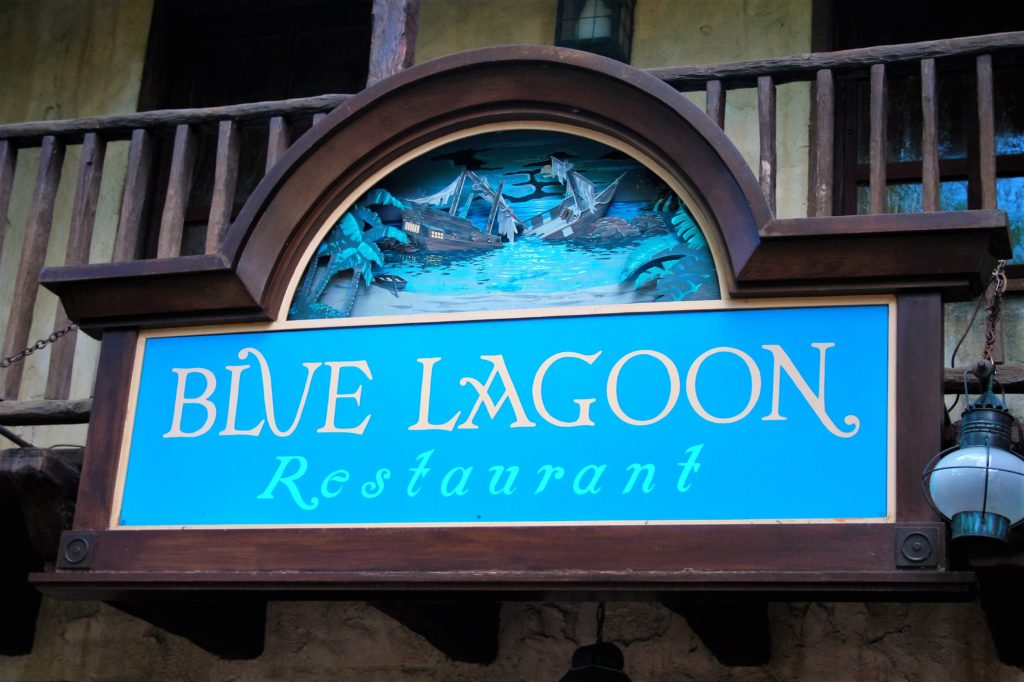 The atmosphere of Blue Lagoon was really fun, as it’s inside the Pirates of the Caribbean ride.  The menu sounded really appealing, with lots of Caribbean flavors, but it was actually rather underwhelming.  The only thing we really enjoyed was the desserts – I had a flaming crème brulee and Jason had a coconut mousse with pineapple pieces.  We split them both and while they were both delicious, that coconut mousse was amazing! 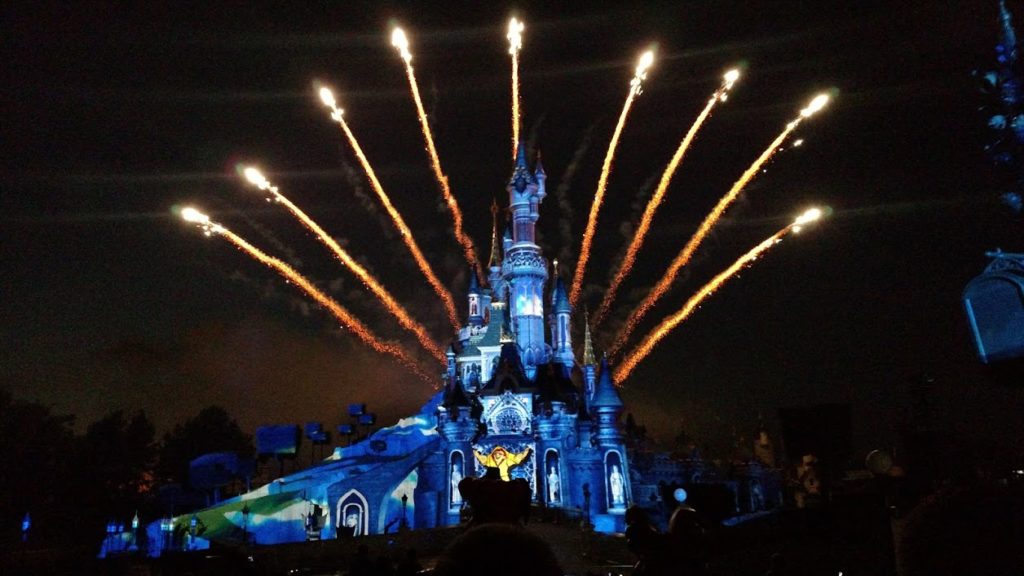 We then got a place for the fireworks show.  Which as it turns out is less of a fireworks show than a projection show.  They don’t have the space to do the big fireworks behind the parks like at Disney World, so it’s just the smaller ones right by the castle.  But the projections were really awesome and they went through a number of Disney films and songs.  We very much enjoyed it.  Then it was time to head back for the night!

Have you been to Disneyland Paris?  What sounds most exciting to you?