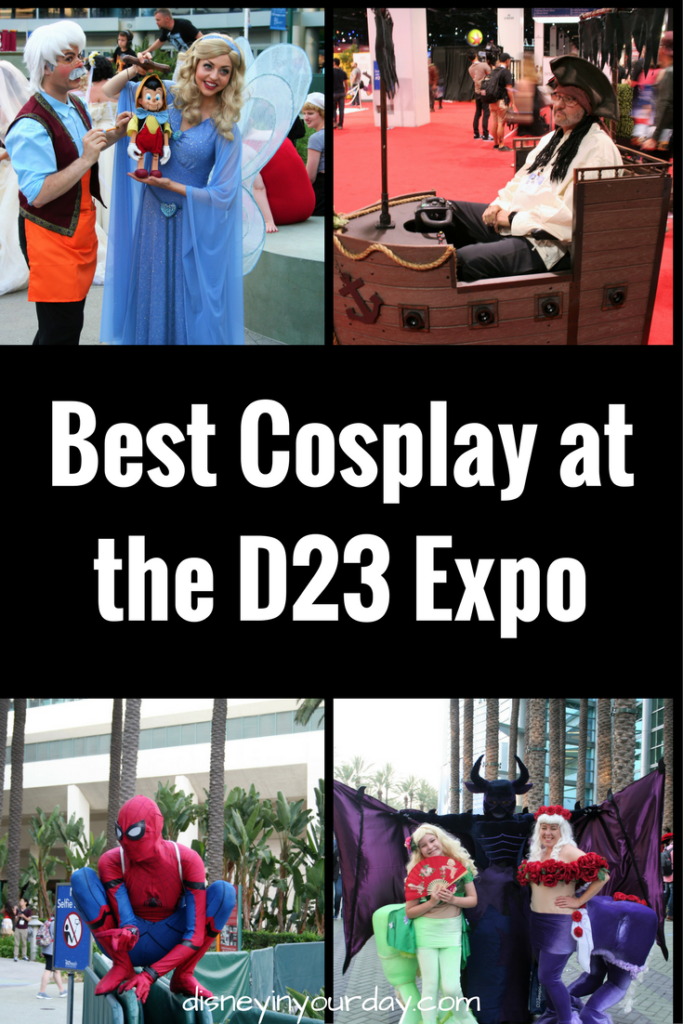 Before attending my first D23 Expo, I knew that people would get dressed up.  I imagined there would be lots of people in Disney t-shirts, Disney Bounding, and some costumes.  I had no idea the extent to which people would create the most amazing and incredible costumes!  Many of these cosplays (a term that comes from the words “costume” and “play”) are literally works of art.  I was blown away by the creativity that went into so many of the Cosplay at the D23 Expo.  While I didn’t get nearly enough photos of all of the amazing cosplayers there, I at least grabbed some that I’d love to share on the blog.

Let’s take a look at the Cosplay at the D23 Expo: 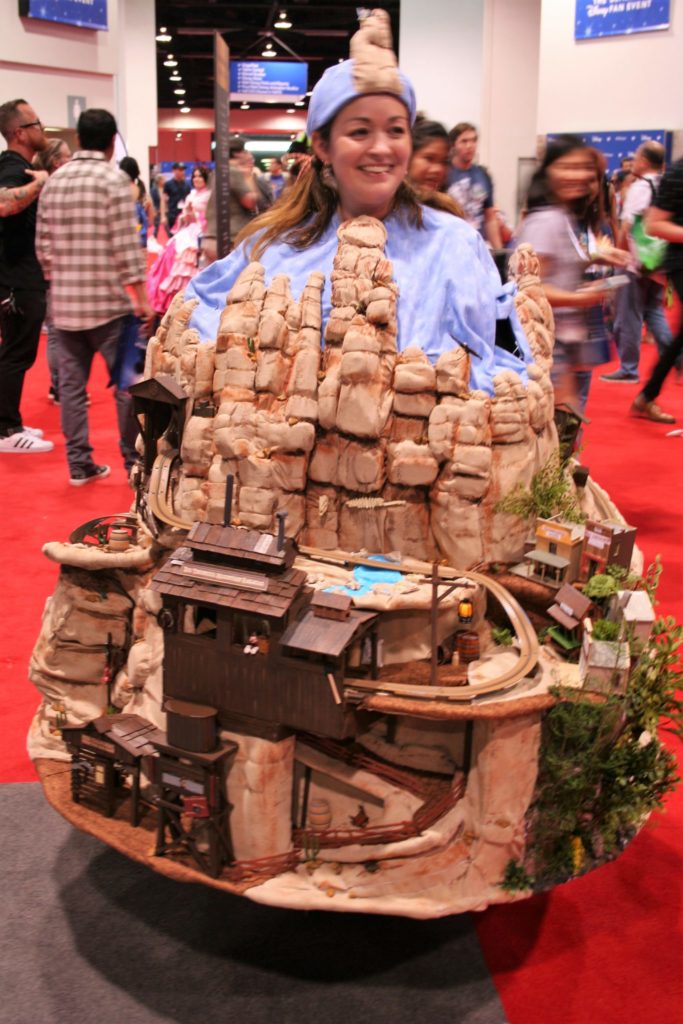 One of the coolest and most intricate costumes I saw was this woman who created Big Thunder Mountain.  It was so detailed, and there was literally a train running through her outfit!  I don’t know how you not only get the idea to do this, but you also can actually design and build it. 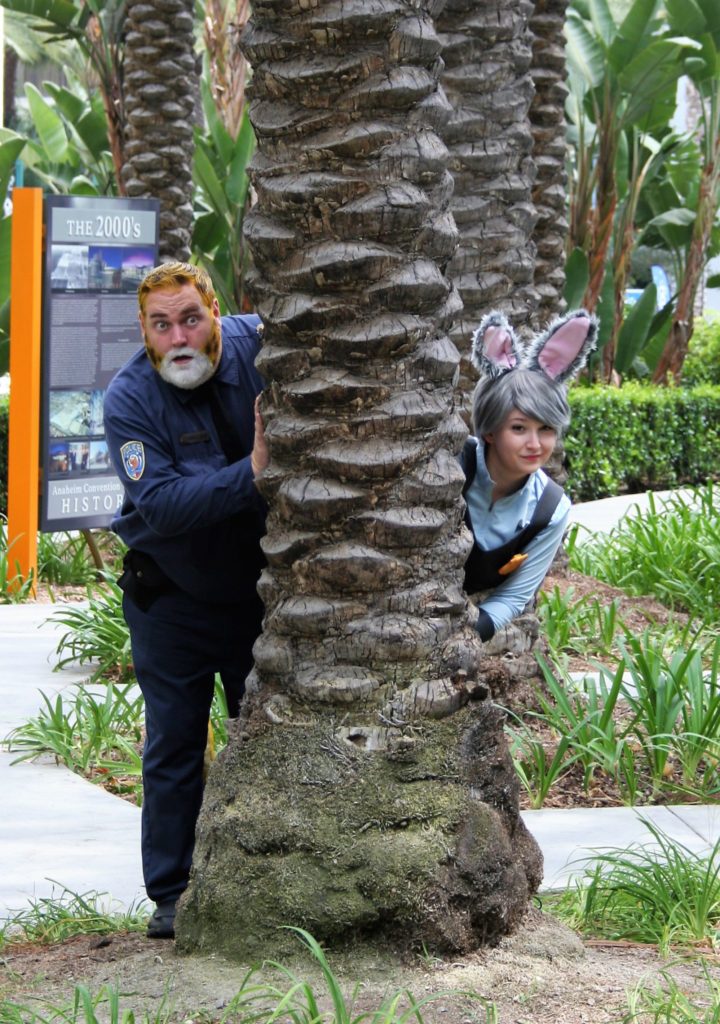 I love Zootopia and these adorable Judy Hopps and Clawhauser costumes! 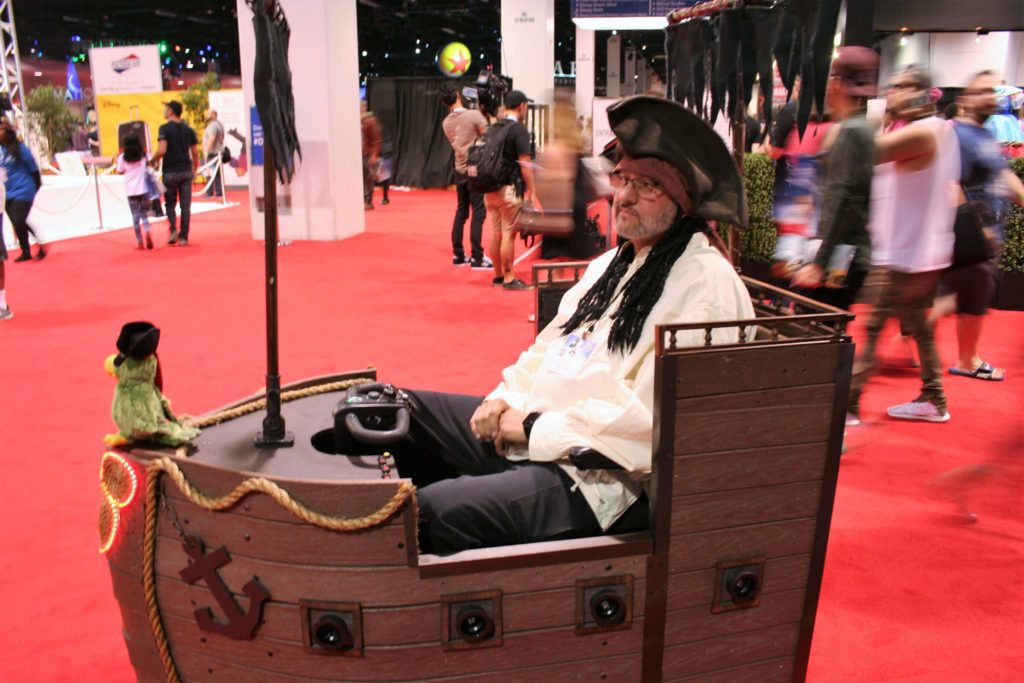 If you’ve got an ECV, it might just be more opportunity to spruce it up and incorporate it into a costume!  This gentleman has the pirates outfit, but his ECV was amazing. It was a well detailed pirate ship.  The little cannons actually lit up and blew smoke too! 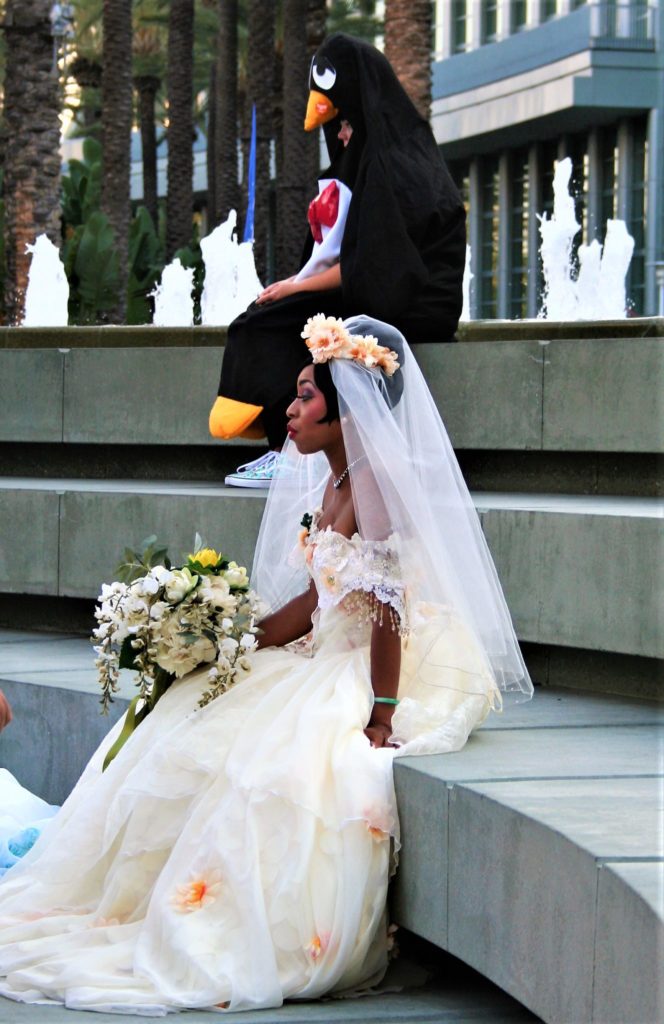 There was a large group of all of the Princesses dressed up in wedding gowns.  They were very busy so I couldn’t get a shot of all of them together, but I managed this one of Tiana on her own.  With Wheezy hanging around in the background, of course. 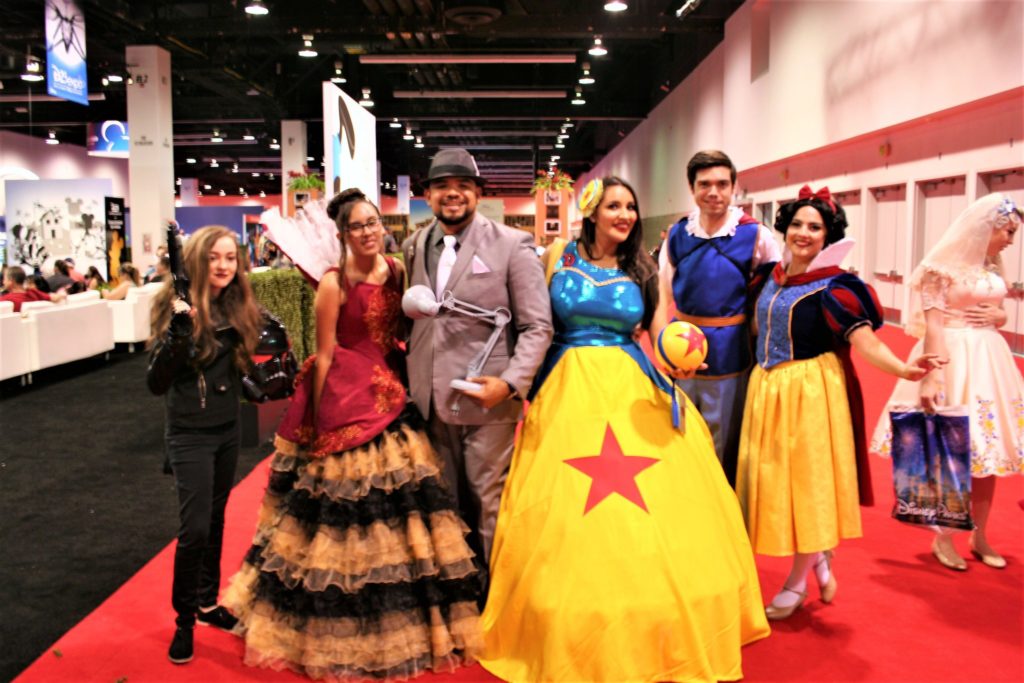 A whole bunch of fun and creative costumes here, but I especially loved the Pixar ball gown!  Such a clever idea to do it with a dress that has a hoop skirt, so that it really looks more like the Pixar ball. 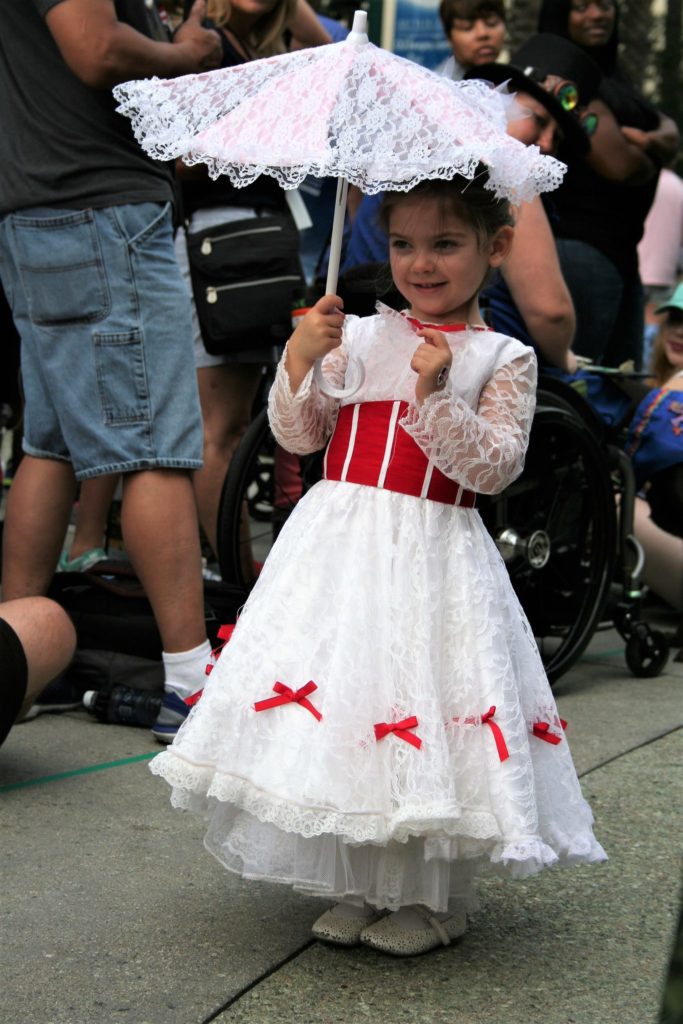 There were a number of Mary Poppins costumes, but this one was definitely the most adorable one I saw at D23.  Complete with umbrella! 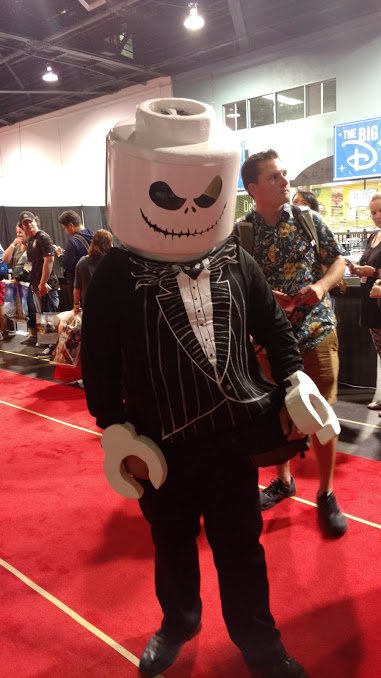 Who would think to do a costume of LEGO Jack Skellington?  This guy did! 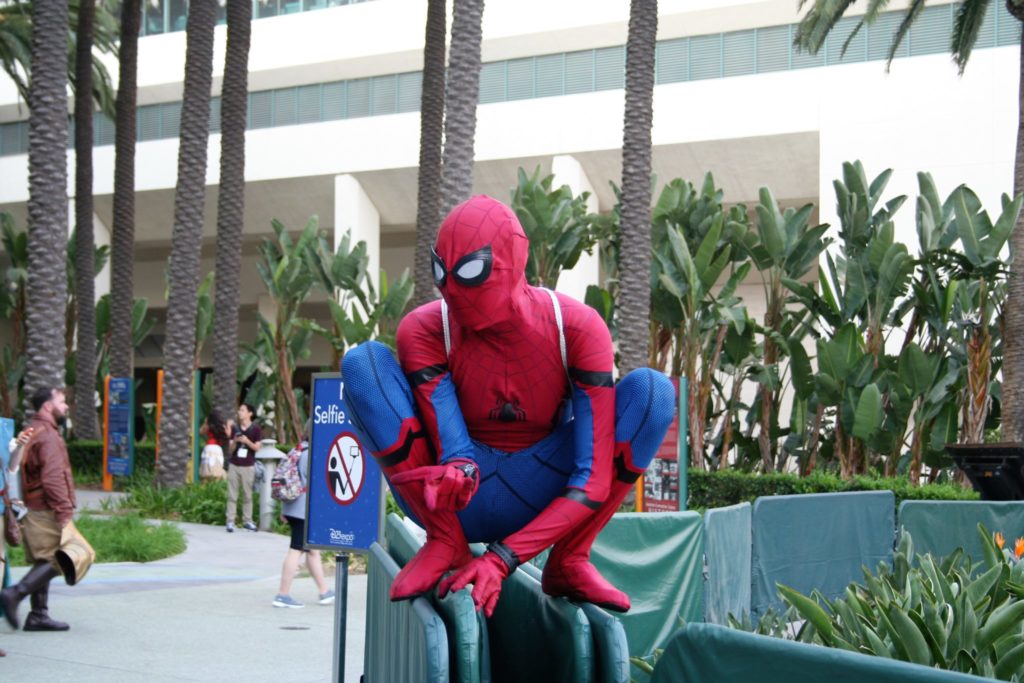 If you’re dressed as Spiderman, you really need to get into the spirit of things by perching on walls and fences. 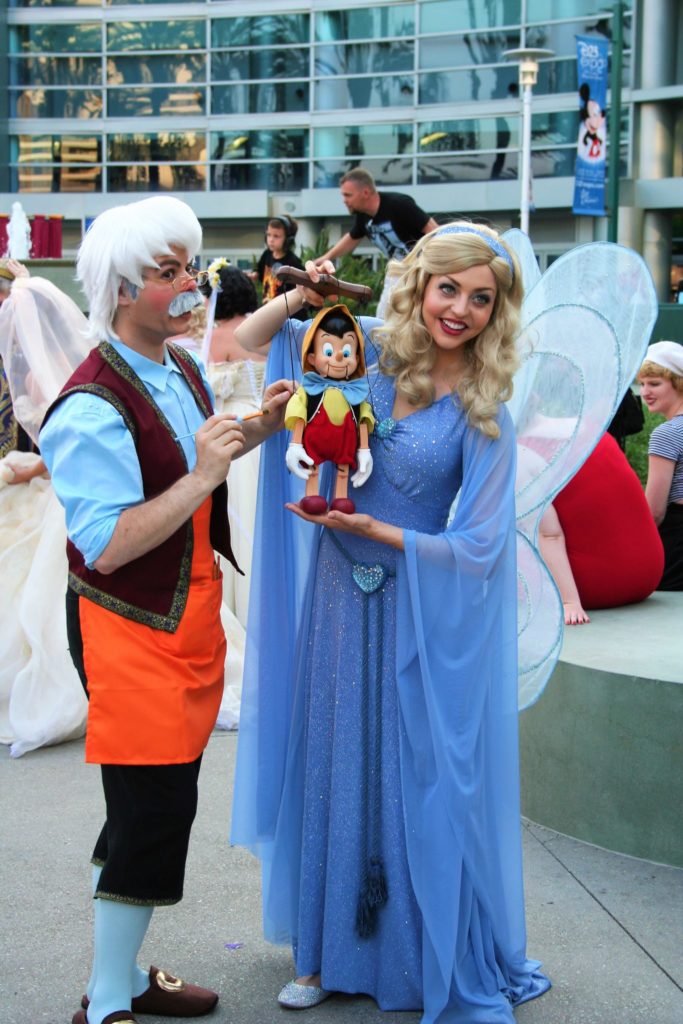 A beautiful blue fairy cosplay and a pretty accurate looking Ghepetto complete the look with a puppet version of Pinocchio! 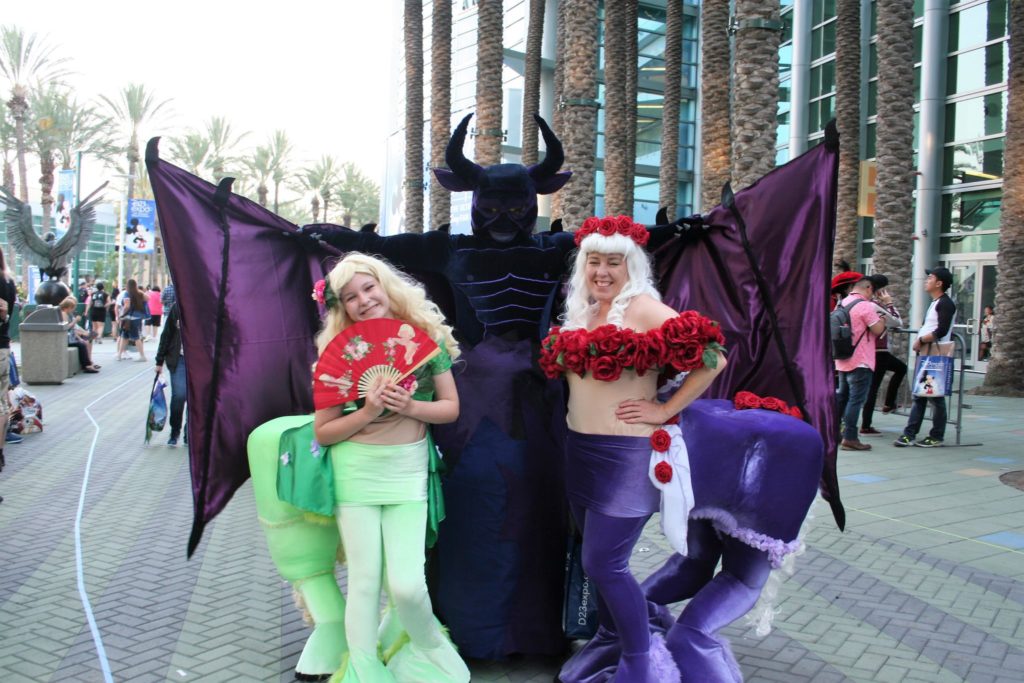 These costumes of Chernabog and two centaurs from Fantasia were very elaborate – I can’t imagine what it must have been like to walk around in these ones! 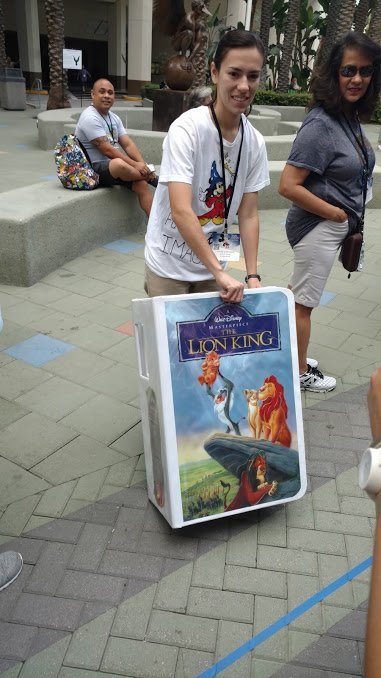 I only caught this one as we were waiting on line to get in, so unfortunately things were moving and I couldn’t get a photo of the full effect.  But this woman had an old-school style “VHS” box of The Lion King as her costume.  And it actually opened to see a “VHS” inside!

This is just a very small selection of some of the amazing cosplays I saw at the D23 Expo.  I was blown away and perhaps inspired to do something fun myself if I ever go back!

What’s your favorite of these Disney cosplays from the D23 Expo?