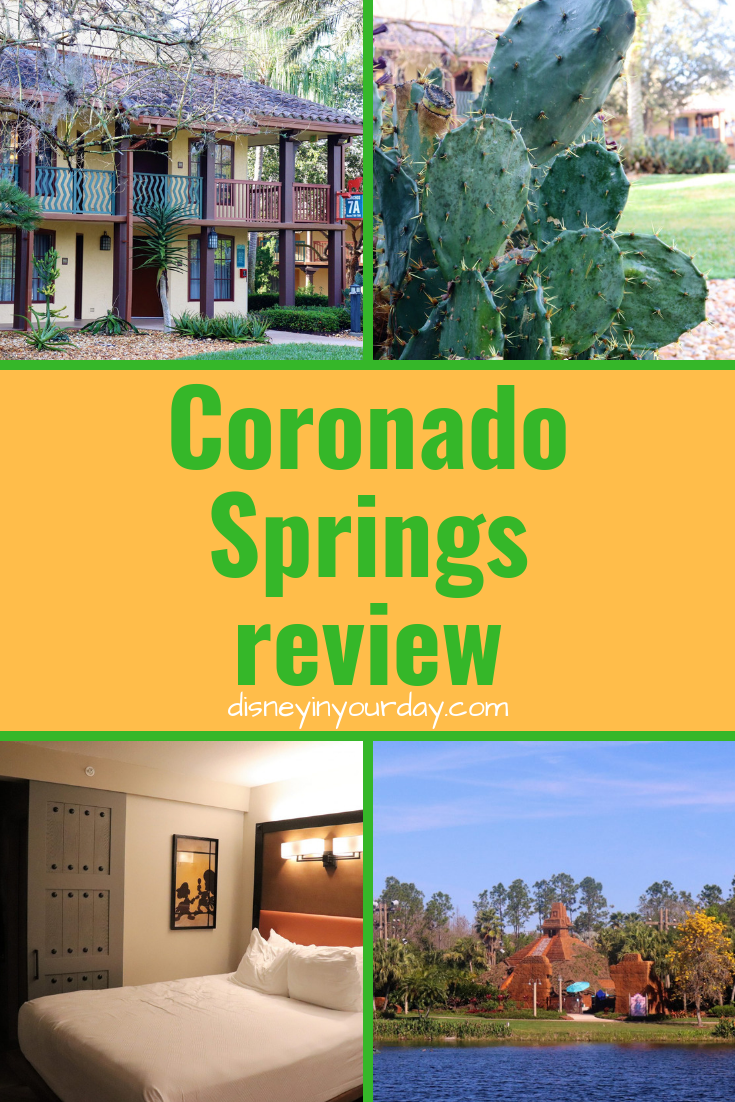 For my trip in February that was over the Princess race weekends, I was leaning towards staying at a moderate resort. I knew that I wanted a little more space and comfort than the values (having a bigger, comfier bed and a hot tub were important when I was running so much!), but I didn’t want to spend a ton of money either. Since I’d never stayed at Coronado Springs before, it seemed like a good opportunity to try it!

Coronado Springs has had a lot of construction going on lately, and there was still a fair bit while I was there. The new Tower is still under construction, as is a new restaurant going out on the lake area. In spite of that the construction didn’t affect the stay at all, other than the physical appearance of it. We didn’t hear or notice anything disruptive.

The other thing that makes Coronado Springs a little bit different is the fact that it’s also a conference/convention hotel. There tend to be a lot of business people around, so it’s an interesting mix of that and tourists. As a result some of the amenities are directed more towards that crowd, and the feel of the resort is just a little different than if everyone was on vacation.

For the theme parks, Coronado Springs seemed to be closest to Hollywood Studios and Epcot. If you look on a map Coronado Springs is actually bumped back up against Animal Kingdom, so physically that’s the closest park – but to get there on the buses you have to go around so it actually felt like it took longer to get there than Hollywood Studios and Epcot. That being said, all three of them felt close and pretty convenient to this resort. Only Magic Kingdom was a longer ride. 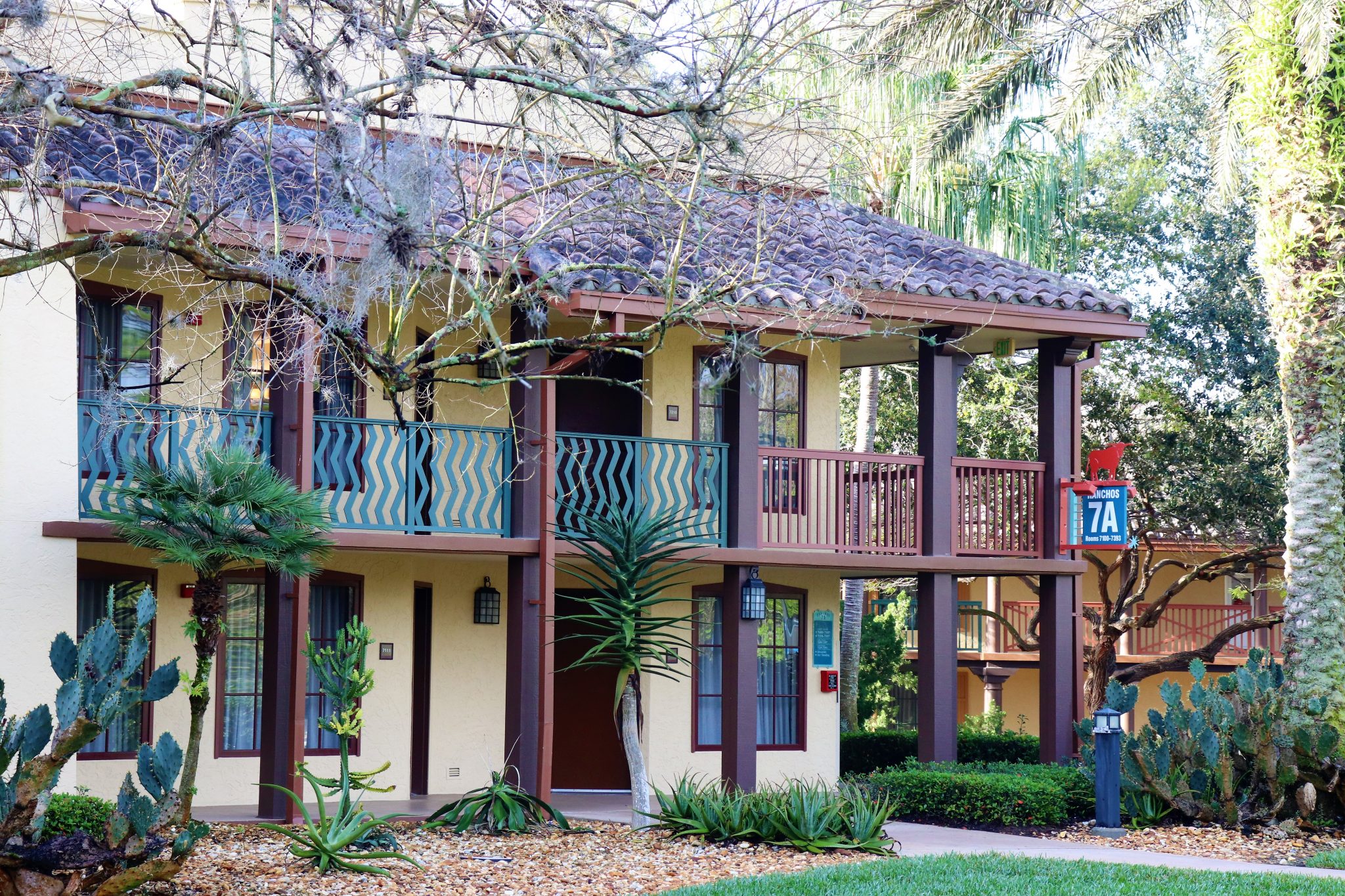 Like some of the moderates, Coronado Springs is extremely large and is split into different sections. We were in the Ranchos building, which was probably the furthest from the main building. Buses there make a loop around the resort and there are 4 stops. On the plus side, our bus stop was pretty close to our building so when we went to and from the parks it wasn’t terrible. On the other hand, if we wanted to go to the main building for food or anything like that we had to get on a bus to get there, which is a pretty big pain for me. 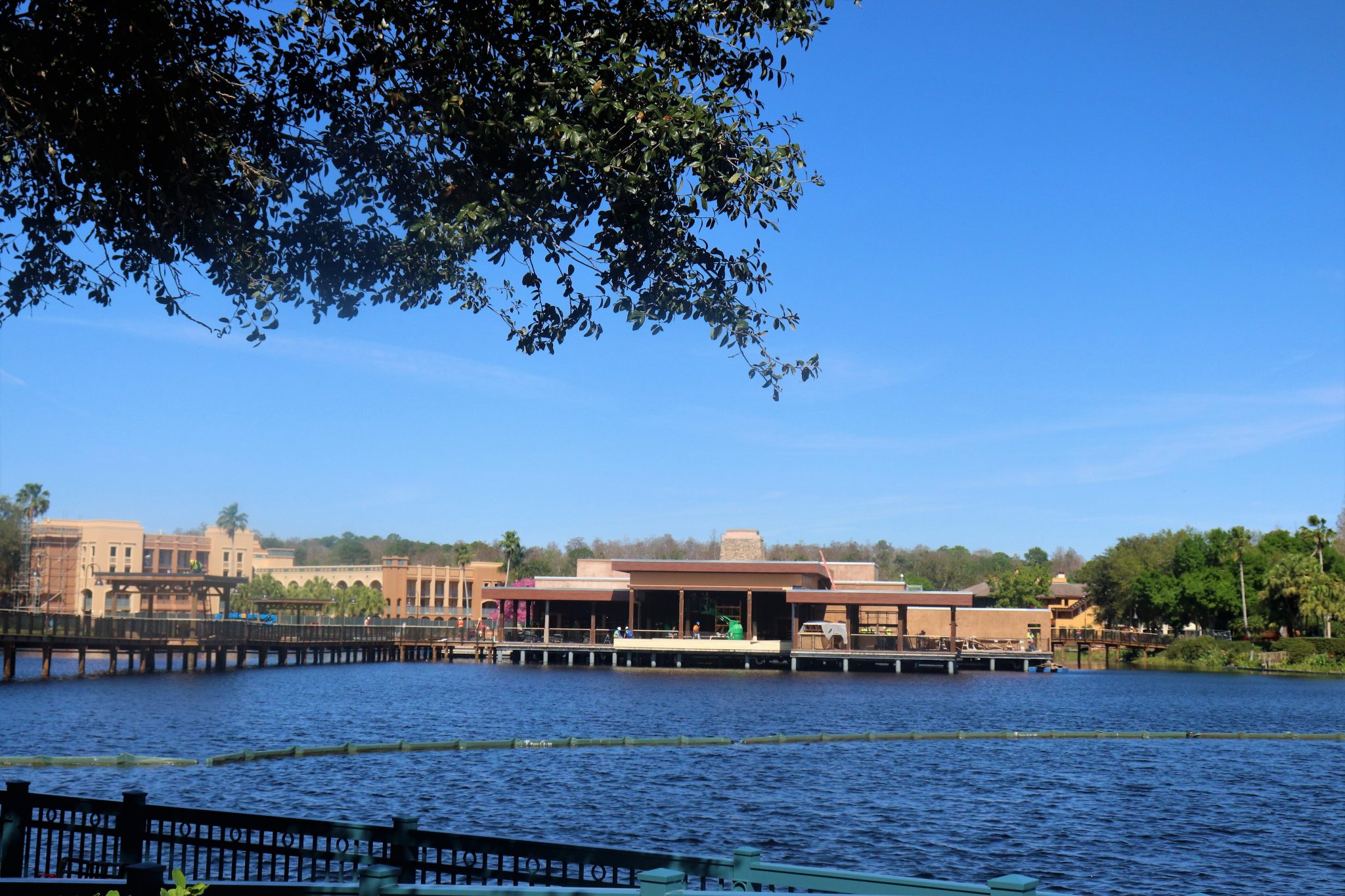 Coronado Springs has a Spanish feel to it, with Disney’s website describing it by saying “An oasis set on the shore of Lago Dorado, the re-imagined Disney’s Coronado Springs Resort celebrates the daring spirit of the great Spanish explorers, artists, writers and architects.” There are some Spanish/Mexican vibes, but it’s certainly not over the top. The room had photos of the Three Caballeros, the architecture is Spanish influenced, and there are cacti and other desert type plants around. Other than that the themeing seems toned down a bit more, perhaps due to its nature as a conference hotel. 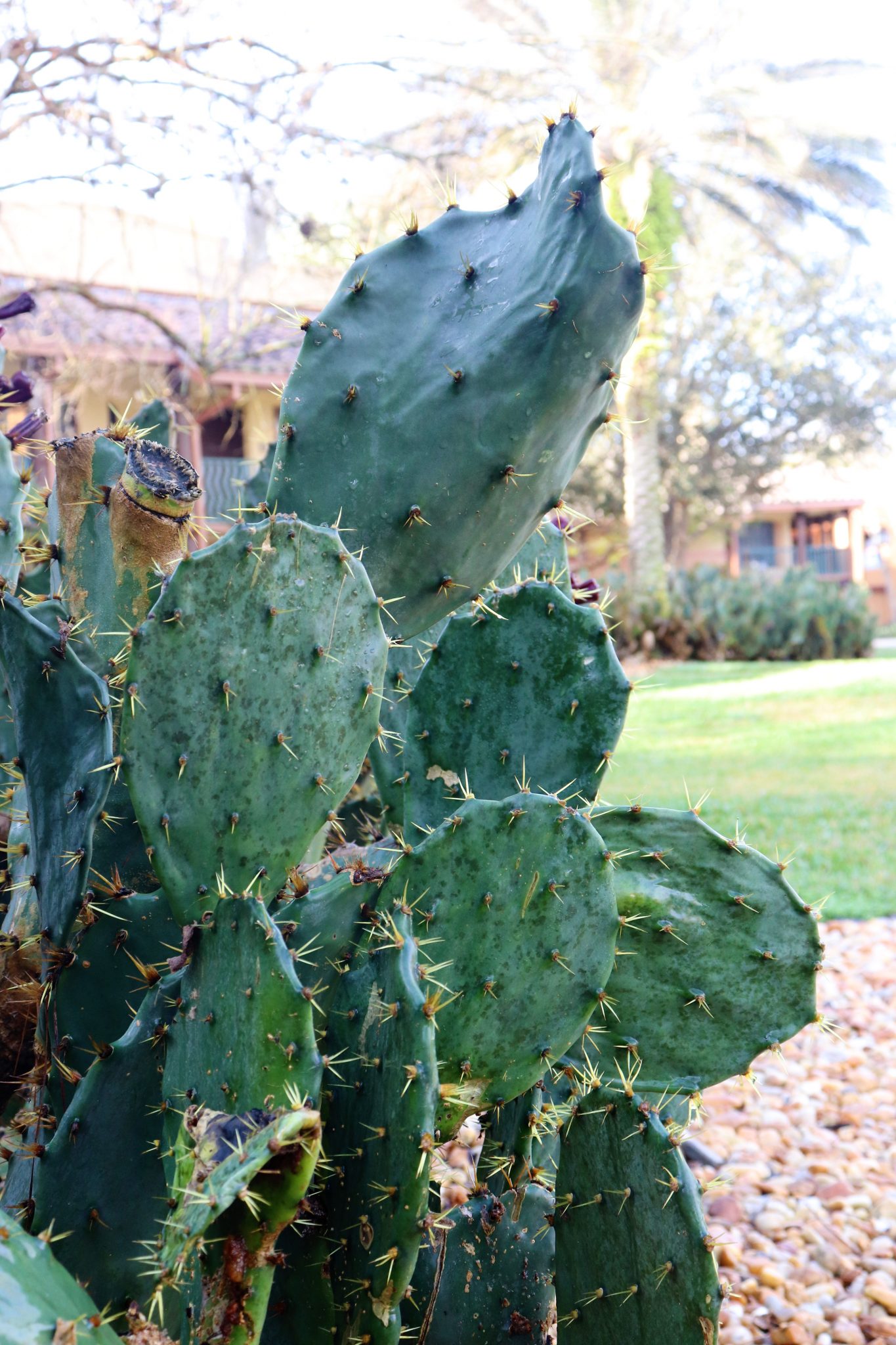 The resort already has a number of food options, but two new restaurants will be opening soon. There are two table service restaurants right now. Maya Grill serves up Mexican American food for dinner, and Rix Sports Bar and Grill has more of your bar style food with televisions for whatever games might happen to be on. We grabbed an appetizer and some beers here. It’s got a nice, light, airy feeling and the “Watchos” (waffle fry nachos) we ate were really good. It was filled mostly with conference people either working on their laptops while eating or people having business meetings, which definitely made it feel a lot less “Disney.” 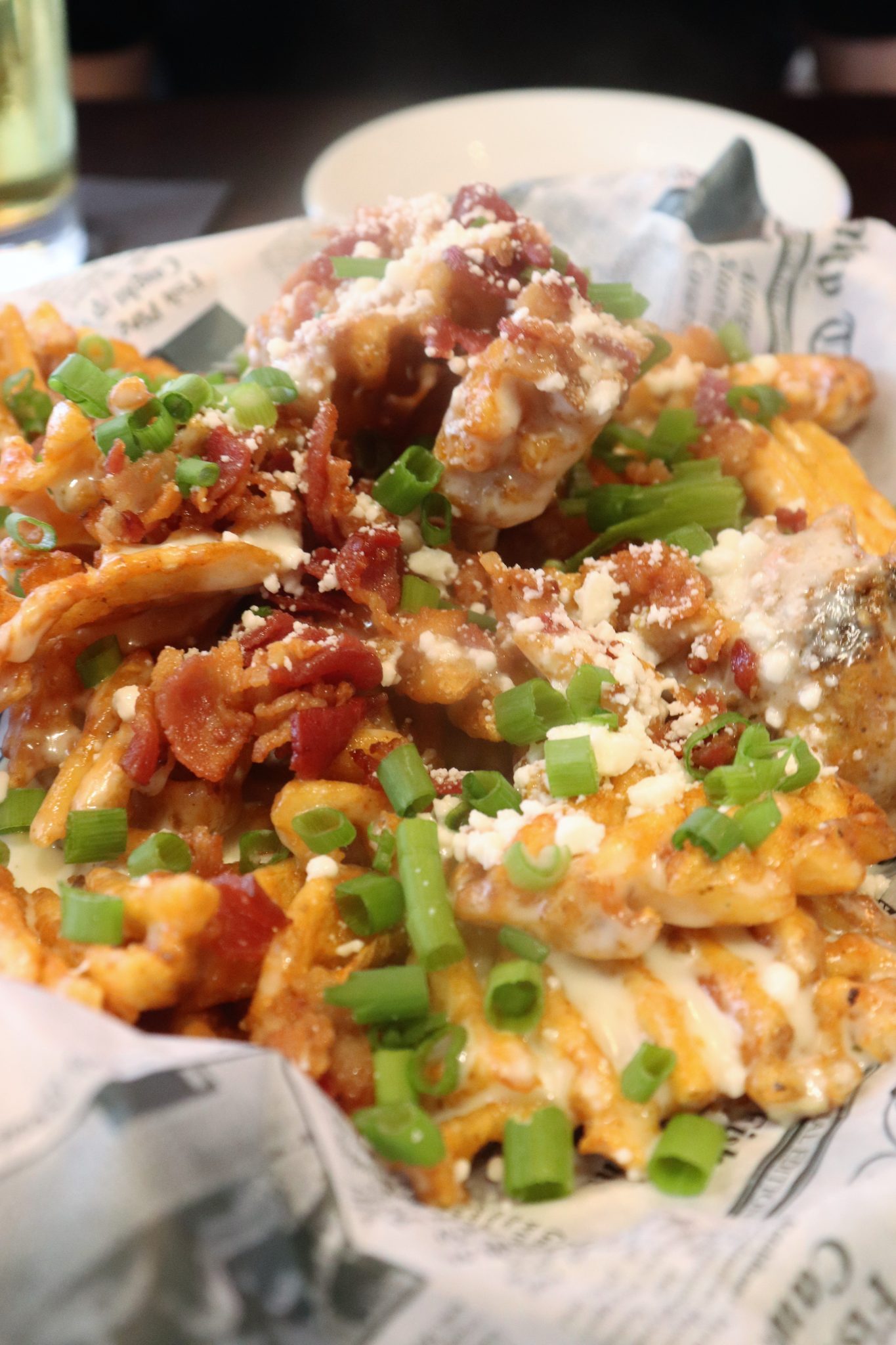 For on the go food, Cafe Rix has pastries and gelato, Siestas Cantina has some quick snacks and entrees by the pool, and Laguna Bar is where you want to be for a poolside drink. El Mercado de Coronado is your main quick service location, with a food court set up and different places to get things like pizza, salads, sandwiches, and burgers. We grabbed a late night pizza here one night and it’s about what you would expect from a resort quick service location.

The two new restaurants coming to Coronado Springs are Three Bridges Bar and Grill and Toledo. Three Bridges is the one in the middle of the lagoon, and the name comes from the three bridges leading to it from different areas of the resort. The food is described as being “sandwiches, shared plates, salads.” Toledo is Tapas, Steak, and Seafood, so you can guess what that menu will look like! It will be rooftop dining on top of the new tower.

This was your typical moderate hotel room, but I thought it was quite nice. I’ve stayed in a lot of values so I’m always pleasantly surprised by how large the moderate hotel rooms feel after being used to that. The standard room has 2 queen size beds and all of your basic amenities.  There’s a fridge and a microwave.  Two sinks are located outside of the bathroom and then you have your standard toilet and shower/tub. The decor was very subtle but still Disney. 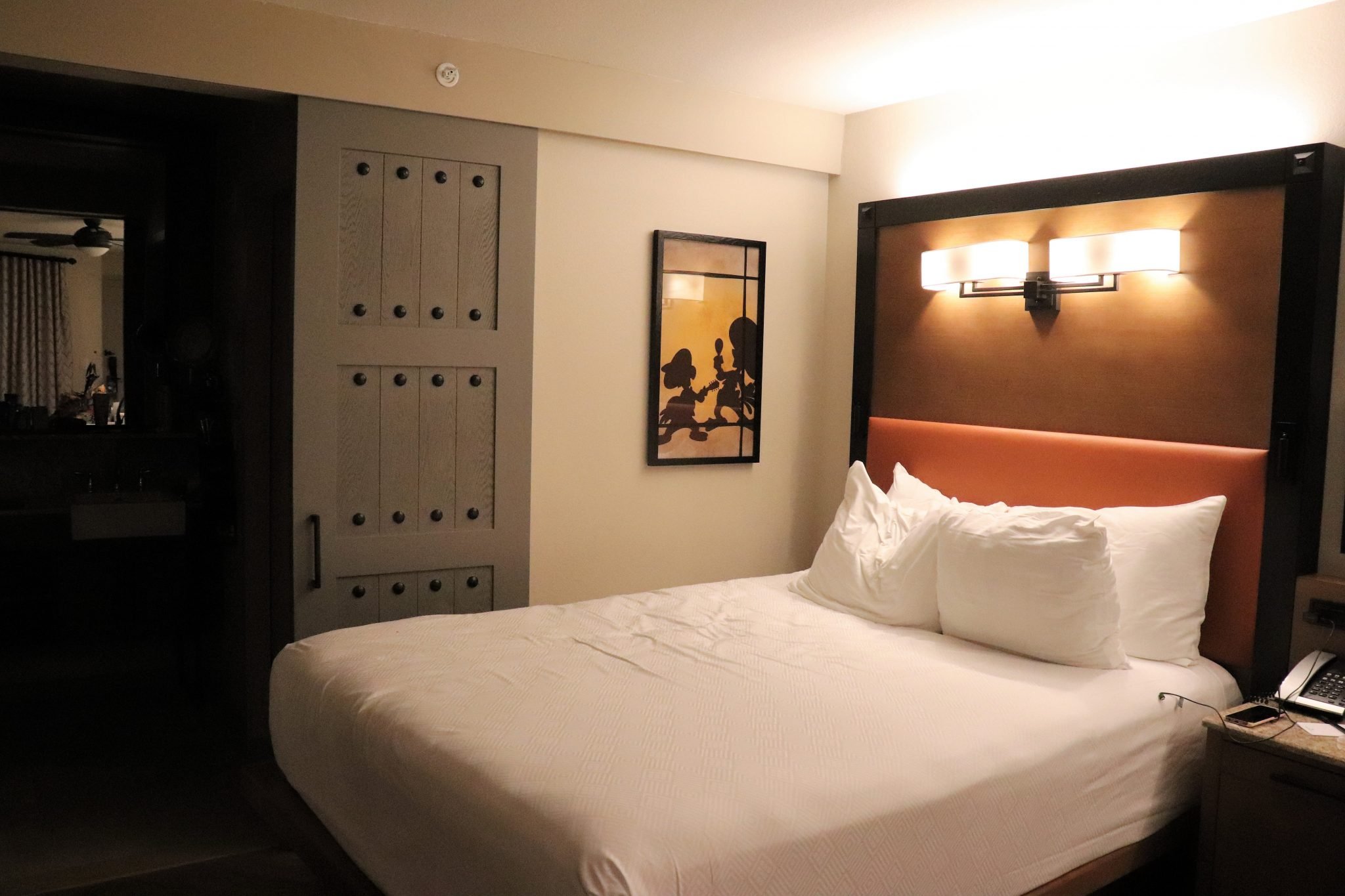 I had big plans to hit up the pool after the half marathon… and I ended up sleeping instead. Somehow I just never make it to a pool when I’m in Disney! There are three smaller pools located around the resort, but the real highlight is the Dig Site. There is a large pyramid and water slide, and they have the biggest hot tub out of any Disney resort. I’m kind of bummed I didn’t make it there! 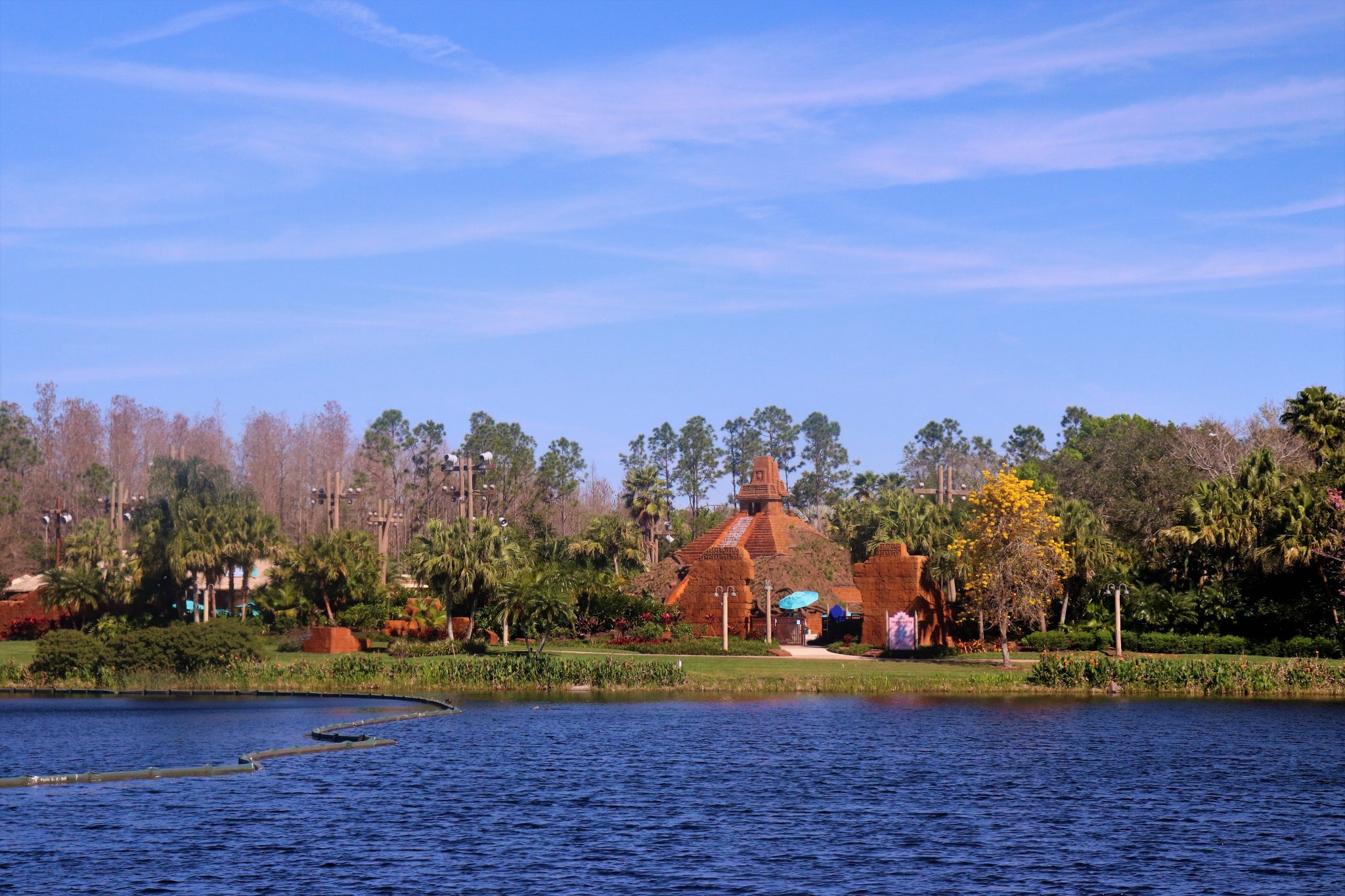 There are definitely some extra activities going on here, many of which fall into the “active” category. There’s a playground for kids, an arcade, jogging trail, volleyball, movies under the stars, and nightly campfire activities.  You’ll also find a fitness center and beauty salon here, which aren’t at the other moderate resorts.

Would I stay again?

I’m glad I experienced it, but I don’t feel a strong desire to stay at Coronado Springs again. I might if there was a good deal or discount.  The size of Coronado and Caribbean Beach is just a bit much for me. I don’t like having to wait for buses just to get food if I’m coming from my room. I might consider it again if I had a rental car or got a preferred/tower room.  I would really love to check out the pool area. And the new Toledo restaurant sounds pretty amazing – I would like to at least come back to eat there! But overall, both of the Port Orleans resorts have my heart in the moderate category. 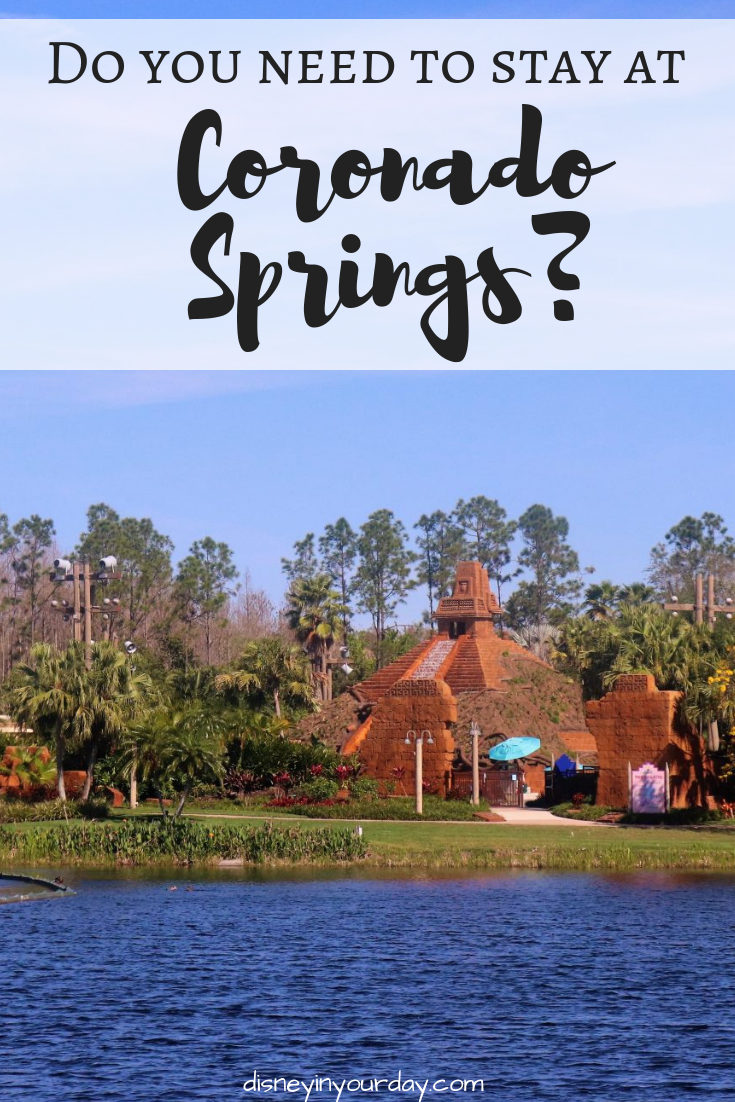 If you liked this post, make sure to check out my Port Orleans French Quarter resort review and Art of Animation resort review!

Would you be interested in staying at Coronado Springs? What’s your favorite place in Disney to stay?