You are here: Home / Disney Movies and TV / Coco review 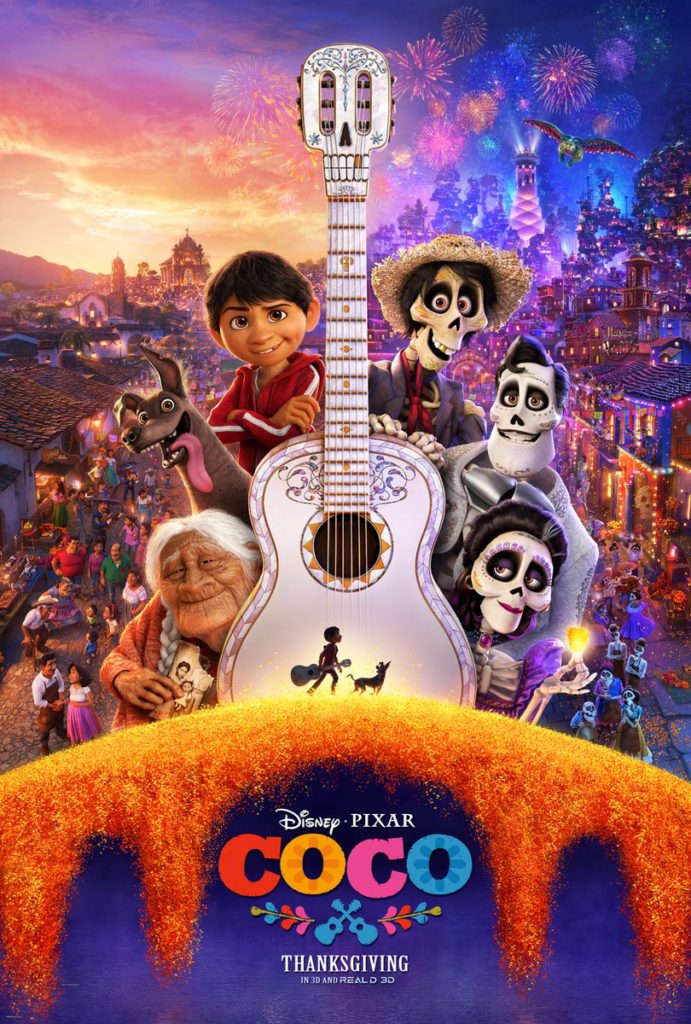 The day after Thanksgiving I got the rare opportunity to go to the movie theater with my whole family.  I’m not sure we’ve ever gone out to a movie theater with the immediate family and my husband since I’ve been married, which was 6 years ago.  But on Friday Mom, Dad, my brother, my husband, and myself went out to see Coco, which turns out to be the perfect family movie.

Like I usually do with new movie reviews, I will try to keep this light on spoilers and I will give  warning when something will be very spoiler-y (if it was in the previews it’s fair game though).  If you haven’t heard too much about the film, Coco is about a boy named Miguel living in Mexico with his family.  Miguel wants to be a musician, but his family doesn’t allow music.  When he decides to steal an enchanted guitar in order to play anyway, he finds himself transported to the land of the dead – and learns a lot about his ancestors there. 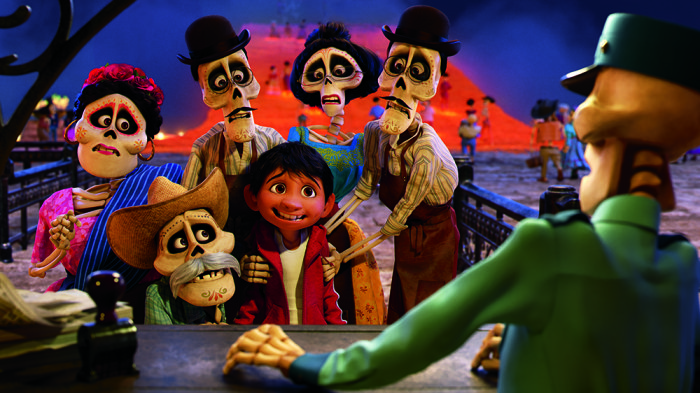 There is a lot of sweetness in this film, and a lot of humor too.  How can you not get behind a good kid who just wants to pursue his passion?  I’m sure everyone has been able to relate to Miguel at one point in your life or another.  I do think it brings up an interesting question too – is family or following your dream more important?  Should there even be a situation where you’d have to choose?  This theme was only lightly touched on in the film, but it was something that I thought was very interesting to think about.

This is the first Pixar film where music feels like it has a more predominant role rather than just being background or a soundtrack.  It’s written by Robert Lopez, who’s known for many things, but a big one with Disney is the Frozen soundtrack.  It’s authentic and has a fun mariachi sound to a lot of the tunes.  All of the singing is well done, but Anthony Gonzalez is especially impressive for a young kid.  He’s got a great voice. 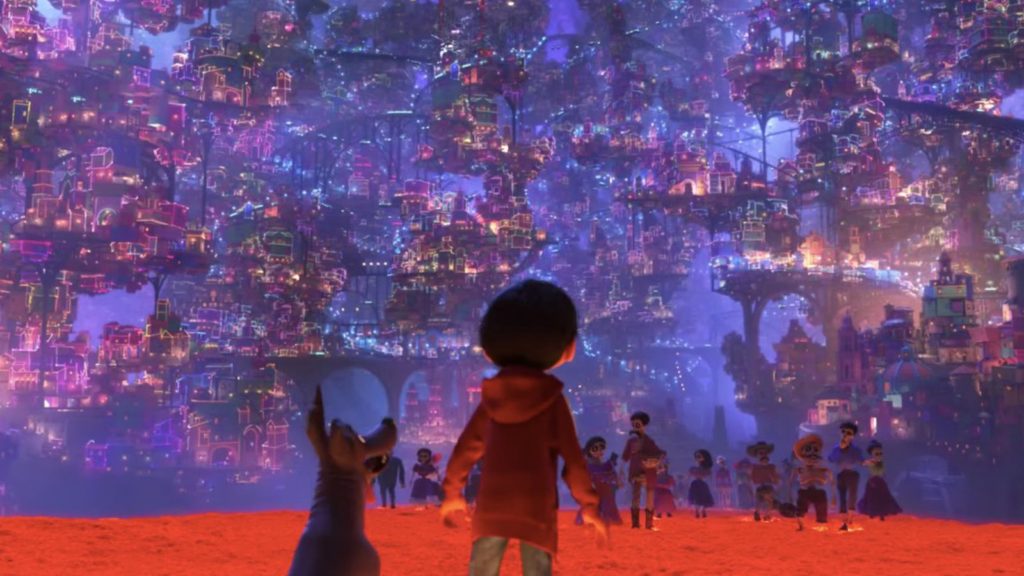 I feel like I may have said this about a lot of Pixar films lately, but one of the strongest parts of the movie is that it’s visually stunning.  From the simplistic opening sequence done on a series of flags explaining the history of Miguel’s family, to the first time he sees the huge city in the land of the dead, it is beautifully animated.  The colors are vibrant and the movement of the skeletons is fun and fitting.

The plot feels perhaps a slight bit predictable, though there are a couple of twists and turns of plot to keep things interesting as we go along.  Some scenes feel a little bit dragged out too.  There’s a sense of “just hurry up and do it already!” while the characters kind of hem and haw or take overly long dramatic pauses.  This is the case with lots of movies and you kind of just accept it, but it seemed more over the top here.

And yes, I cried at the end.  This is one part of the movie that you can definitely see coming, but it doesn’t matter if it’s predicable or not.  The loss and remembrance of loved ones is something everyone can relate to, and most likely everyone will be moved by.  It’s sad and beautiful and moving and so well done.

There is also a “short” before the film that’s been extremely hyped with the Frozen characters called Olaf’s Frozen Adventure.  It’s cute but it feels like it doesn’t quite fit as a short because it’s so long.  It’s 21 minutes which seems excessive for something before another animated feature.  They are trying to do what could potentially be a 45 minute or even 1 hour mini film and squeeze it into what could be an acceptable short length.  So although I enjoyed it, it feels like it goes on too long to be a short, but it also tries to pack too much into the time and should have been longer.

So does Coco quite live up to the brilliance of some of my other favorite Pixar movies like Monsters Inc., Up, Toy Story, and Inside Out?  For me, no.  But it’s an excellent film and certainly better than many of Pixar’s offerings as of late (miles better than The Good Dinosaur, for instance).

Have you seen Coco?  Are you interested in seeing it?