You are here: Home / At Home / Cobb salad recipe from the Hollywood Brown Derby 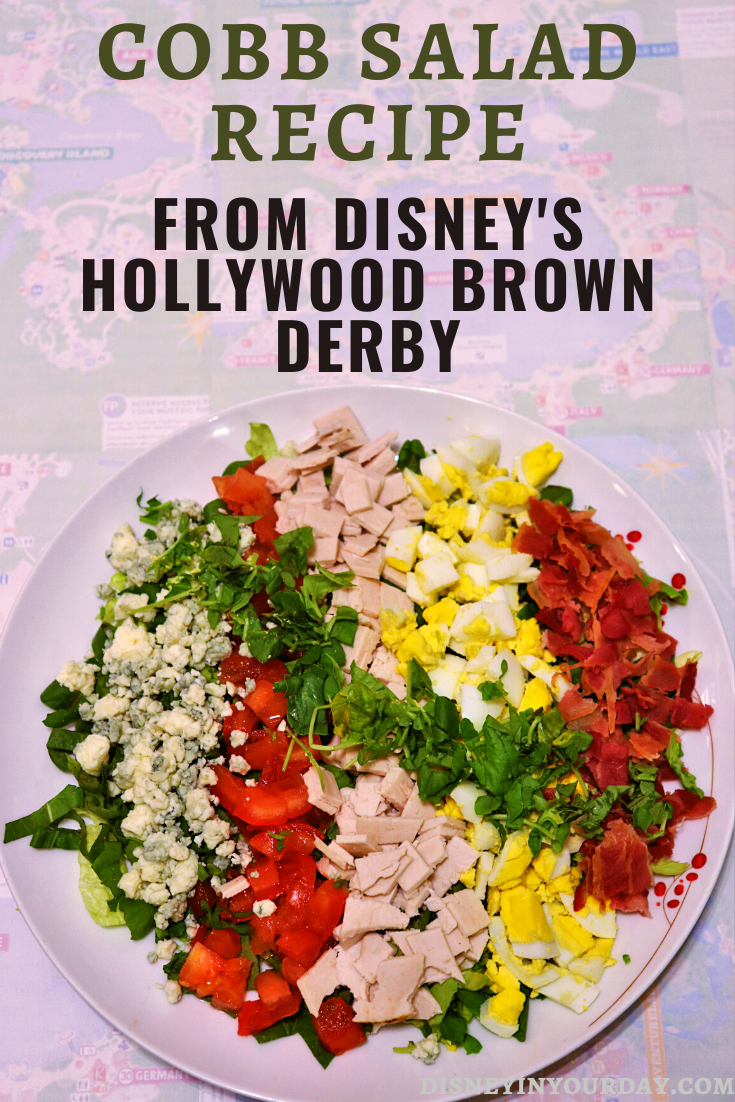 The Cobb salad has become a fairly common and well known salad, being available at many restaurants around the country. But it was first invented at the original Hollywood Brown Derby, at least according to many stories. Some stories say that the owner of the Brown Derby worked a long shift and hadn’t eaten anything by the end of the night, so he just threw together a bunch of leftovers as a salad. Another version says he was trying to come up with something to serve an important visitor who had just had dental work done and needed something finely chopped. However it came to be, the cobb salad is a delicious salad!

It’s an amazing combination of flavors and there’s a lot packed into a cobb salad. Some restaurants will put their own twist on it, but of course the restaurant in Hollywood Studios at Disney does their best to replicate the original cobb salad.

In terms of making it at home, one thing I personally love about a cobb salad is that it contains so much good stuff you can leave out one or two things you don’t like and it’s still delicious. For example, I know many people don’t care for blue cheese, so you can just leave it out or substitute another cheese and it’s still great. I have a friend who doesn’t like avocado so she could just leave that out.

The other funny thing about the cobb salad is that it’s very much a “presentation” dish. you arrange everything to look all pretty and neat in lines, but then when you actually eat it you mix it all up anyway. If you don’t care about how it looks you don’t need to do the “arranging” step, you can just toss it all together. Delicious either way! 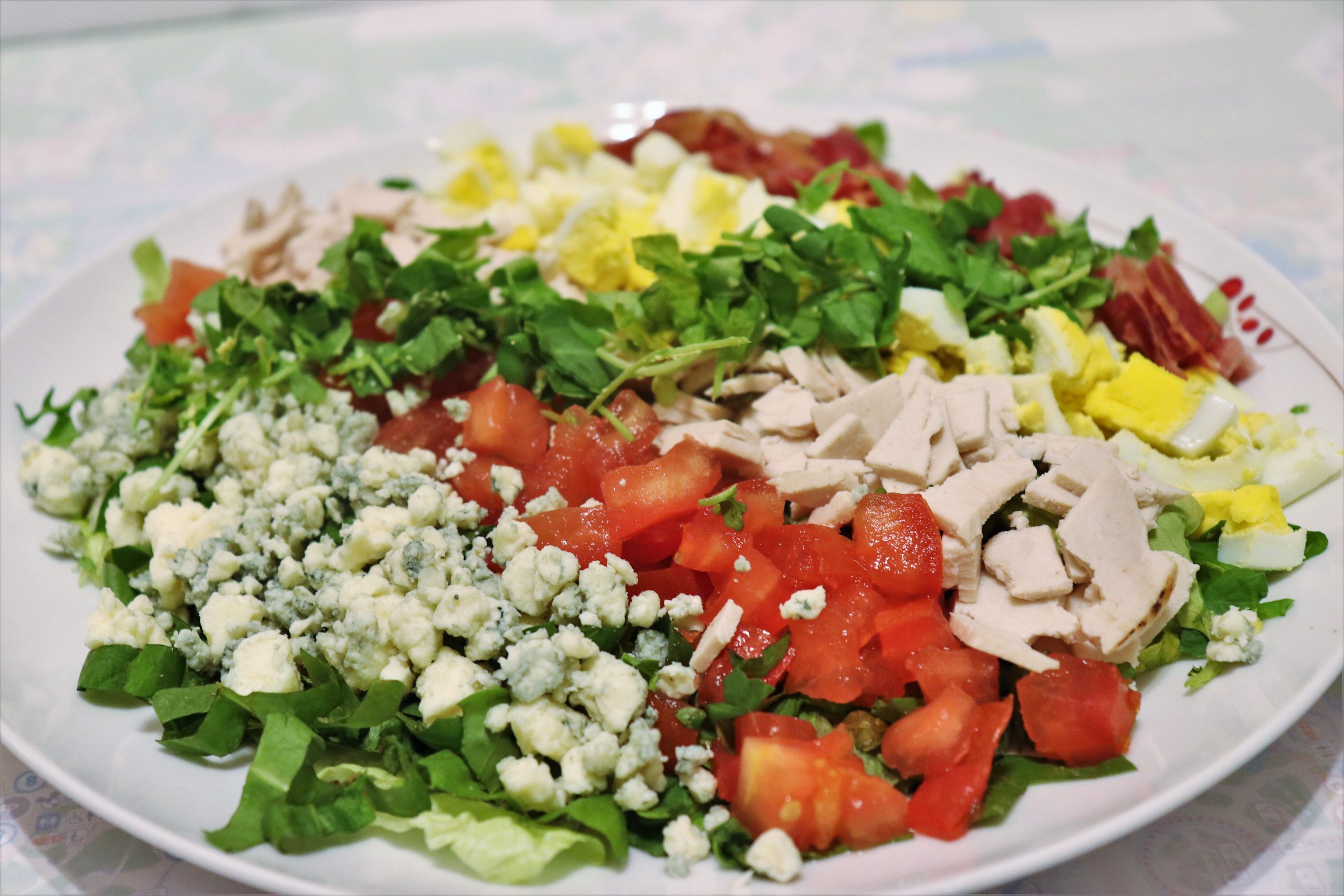 A few notes about my version of the recipe:

This is based as closely as possible on Disney’s version, but in all my recipes I typically make a few adjustments. These are usually to simplify things for at home cooking. Sometimes Disney uses ingredients that are very difficult to find, so I come up with a substitute. Often their recipes are to make huge portions so I try to adapt it for normal sized servings.

Helpful kitchen items for this recipe:

Good quality chef’s knife. There’s a lot of dicing in this recipe so a good knife is going to help a lot. This one on Amazon is a good basic multi-purpose chef’s knife.
Herb scissors. This is one of the best little kitchen gadgets I’ve ever purchased. These herb scissors make it easy to chop herbs. I used it for the chives in this recipe.
Types of knives kitchen poster. It’s hard for me to keep track of which knife to use for which item, so I like having a poster like this in my kitchen for easy reference.

For the salad dressing:

Thinking about a trip to Disney World to try the Cobb salad yourself? Check out my Ultimate List of Disney World planning resources to get you started. If you’d like the assistance of a travel agent at no extra cost to you, email me at [email protected] and we start planning and booking your trip!

Would you be interested in making this Hollywood Brown Derby cobb salad recipe? Have you ever tried the salad at Disney before?