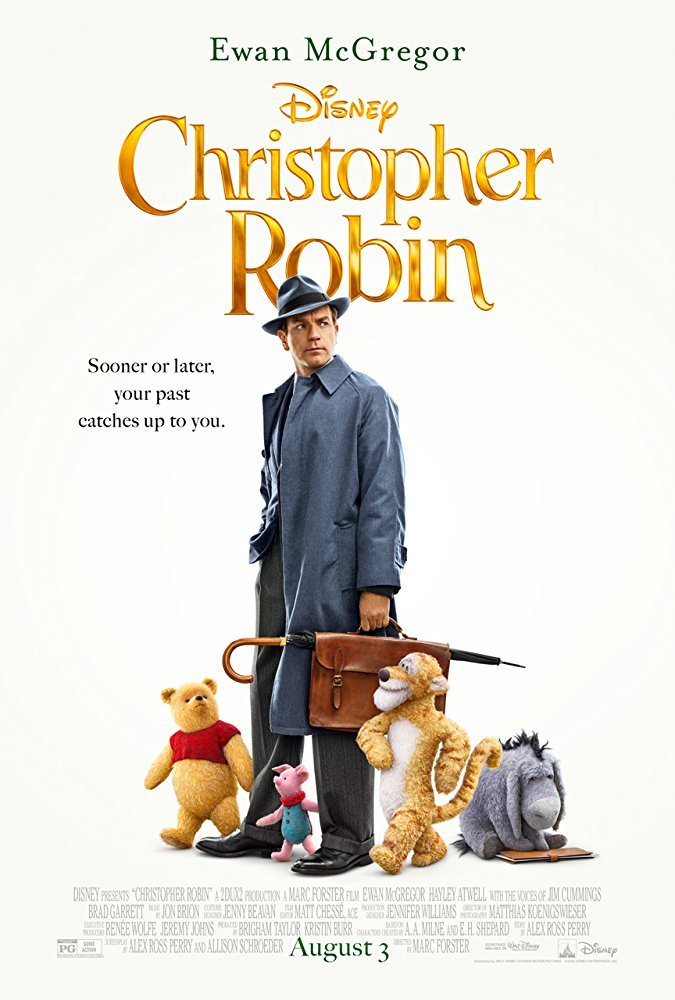 When I was a little kid, Winnie the Pooh was one of my favorite movies ever. My mom rented the VHS from the video store so many times they finally told her she could just keep it. I played a very old computer game where the sounds of the Blustery Day scared me so much that I had to run into the next room when it got too windy.  And of course I had the stuffed animals.

So going into the film Christopher Robin, I knew it would have a lot of nostalgia for me. I found it to be a delightful film that will probably be exactly what you expect from the previews.  The plot is predictable but it’s charming, heartwarming, and funny. 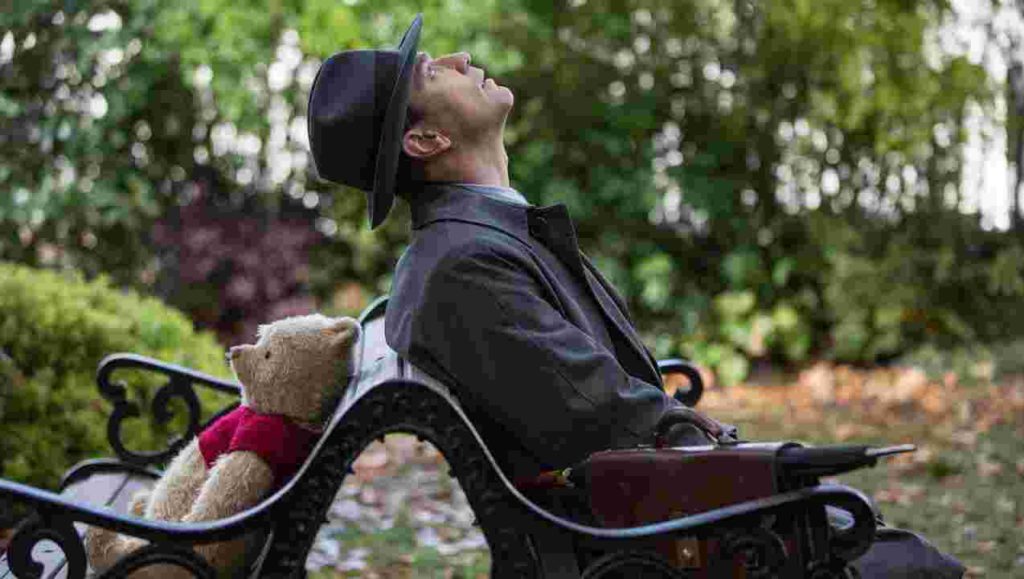 If you’ve seen the previews you probably have a pretty good idea of the plot. Christopher Robin grows up and leaves the Hundred Acre Wood behind. He gets wrapped up in work and forgets what it means to have fun and be with his family – but luckily Pooh and friends show up in his life again at just the right time to remind him of what’s important.

Since it’s a fairly common theme there were parts of this movie that reminded me of other films, but one of the major ones was Elf.  There are some pretty funny scenes where Christopher Robin is trying to lead Pooh through London, and the silly old bear has all sorts of ridiculous questions and gets into various amounts of trouble. Then you’ve got the dad who’s at work all the time ignoring his kid and working towards a very important deadline throughout the movie. I pretty much expected his boss to stand up at the big meeting at the end at one point and said “You leave here, and you’re finished at Greenway!” (You’re not going to get this unless you’re a pretty major Elf fan like I am).

If you’re familiar with the original stories, you’ll find lots of references and moments to the things that happened then. For example, there is a moment where adult Christopher Robin is in the 100 Acre Wood by himself looking for Pooh, and he drops a stick into the stream and then goes to the other side of the bridge to see it come out. Someone without a Winnie the Pooh background wouldn’t get much out of this, but if you’re a longtime fan watching Christopher Robin play Pooh sticks by himself probably tugs at your heartstrings a little bit.

There were certainly moments where I was tearing up throughout. I think watching it from an adult perspective has to be different than how the kids see it. There was also a Toy Story vibe to it when you think about the idea of kids growing up and leaving their toys behind. Stuffed Pooh, I’m sorry you’ve probably been stuffed in my basement or attic for 10+ years. I do think the film started out rather slowly for young kids. I knew a lot of people in the audience of this showing (it happens when you’re a children’s librarian!) and the youngest ones couldn’t sit still. It didn’t catch their attention. That being said, my elementary age kids and middle schoolers told me they really enjoyed it.

I thought Ewan McGregor did a great job at finding the balance between the stuffy, grumpy adult Christopher Robin and the one who still loves Winnie the Pooh at heart. His change felt natural and not like it was too abrupt.  And thank goodness Jim Cummings was here to do Pooh and Tigger’s voices! Brad Garrett was a great choice for Eeyore – Jason said he felt “sassier” than the old Eeyore. Bronte Carmichael played Madeline, Christopher’s daughter, and I thought she did a nice job. Everyone else was good if not anything that really stood out. 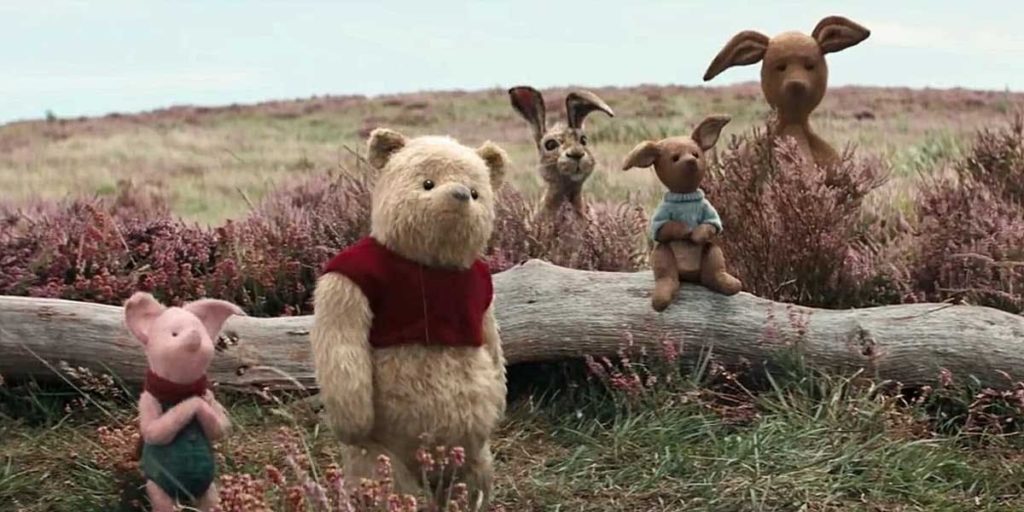 I know before the movie came out there was a lot of talk about how the CGI would be.  I’ll be the first to admit that unless it’s really bad, I don’t notice minute details. So I will say that I didn’t think it distracted or took away from the movie for me. One thing that felt much more apparent watching this version was the fact that rabbit and owl are actually real animals and not stuffed animals. I guess looking back that’s kind of obvious, but when they were animated it was much more difficult to tell. As CGI it’s almost startling to see a cute teddy bear hanging out with a real rabbit.

The only part that kind of made me groan a bit was Christopher Robin’s big realization of how to solve his work problem at the end. It was fairly cheesy and I’m not sure it actually made a ton of sense from a business standpoint, but the idea was nice. And of course we all expect the happy ending! 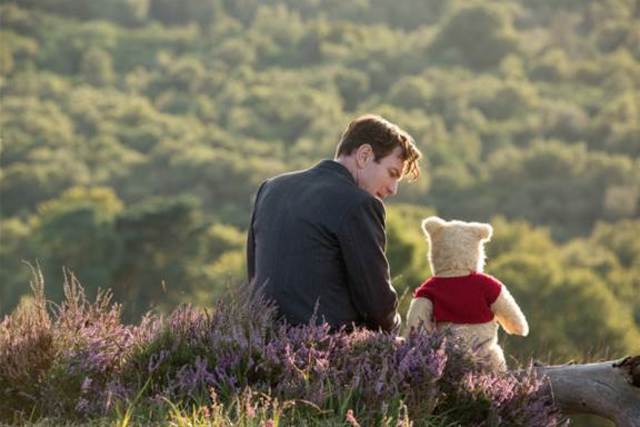 I don’t think you can go wrong with this movie, unless for some reason you’re just not a Winnie the Pooh fan.  While it is certainly appropriate and fun for kids, the way the story goes might not hold the attention of the youngest in the crowd.  Still, it was very sweet and cute and I enjoyed it a lot.

Are you planning to go see Christopher Robin?