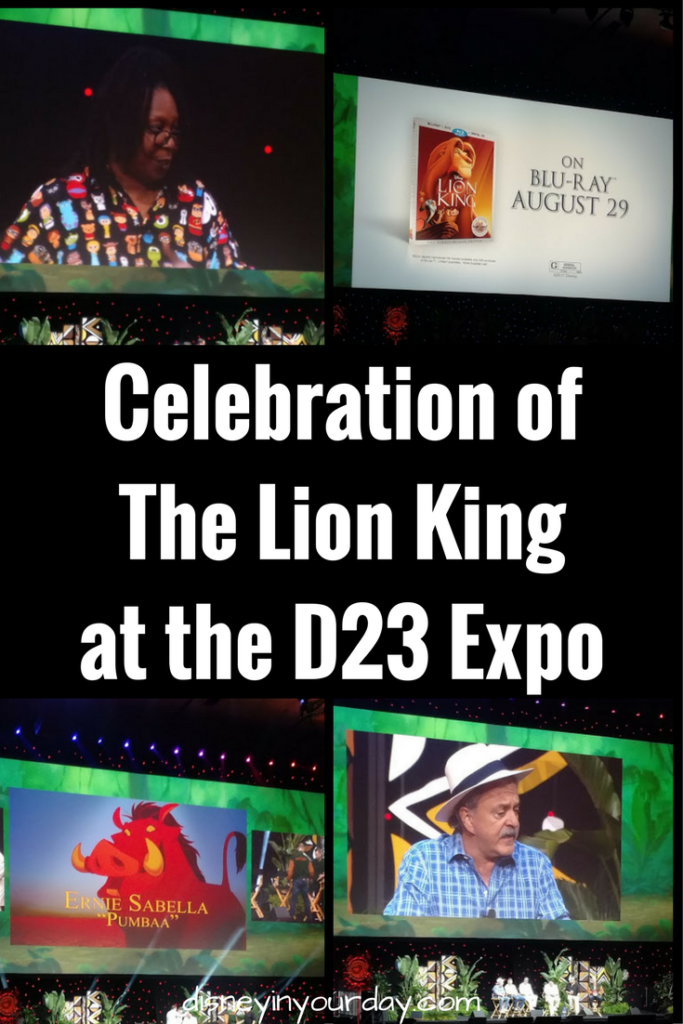 After the stress of trying to get into some of the big panels at the D23 Expo, I was relieved to see that I could walk into the Celebration of The Lion King ten minutes before it started and get a good seat – with comfy chairs, too!  While it wasn’t a headliner event, the panel turned out to be really interesting and entertaining, and one of the highlights of the Expo for me.  I figured I’d share today in honor of The Lion King being available to own on blu-ray and DVD! 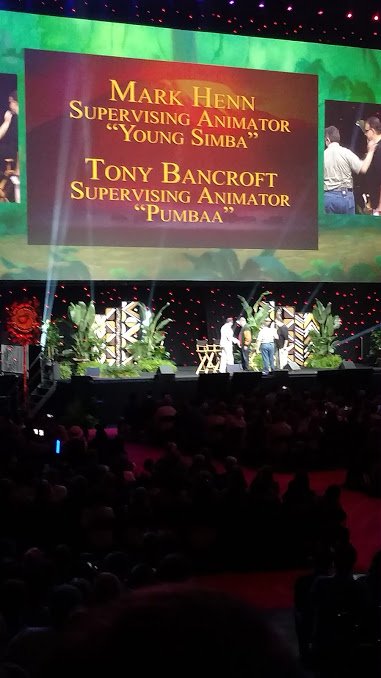 The panel started with several of the people who had worked on The Lion King.  We had Mark Henn (animator of young Simba), Tony Bancroft (animator of Pumbaa), Rob Minkoff (co-director), and Don Hahn (producer).  They kicked things off by sharing some fun stories and facts about the movie and process of making it, some of which I’ll be happy to share with you!

Mark Henn, who animated Simba, had a different sort of challenge from his previous work.  He had been the animator of Ariel, Belle, and Jasmine (and would go on to animate Mulan and Tiana as well).  One of those things is not like the other, right?

They also discussed a lot of the music in the movie.  They shared that when Elton John first submitted the Circle of Life, it was actually a terrible song.  They had worked really hard to get Elton John on board and were scared to tell him they didn’t like it, so they had Tim Rice confront him instead.  He ultimately rewrote the song into the wonderful version we know today.

The production staff originally had Timon and Pumbaa singing all of Can you Feel the Love Tonight.  Elton John hated it with the two comedic characters – he wanted to have a classic love song. They compromised by having Timon and Pumbaa sing the very beginning and the very end, with a real love song in the middle.

And then the voice of Pumbaa himself made an appearance!  Ernie Sabella came  onstage and immediately started singing Hakuna Matata.  It was great!  Jim Cummings came out not too long after and gave us his signature “Ed” laugh.  But he also went on to a do a whole bunch of his famous Disney voices in a row, which was really neat to hear!

And then another “hyena” joined the mix.  Whoopi Goldberg took the stage and got a big round of applause, considering she is one of the newest Disney Legends.  She talked about her experience working on The Lion King and the excitement of having a Disney movie set in Africa. 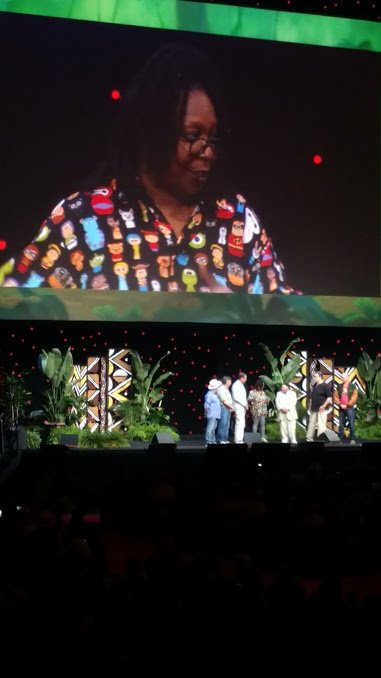 They then made the announcement that The Lion King would be coming out of the Vault.  The movie hasn’t been available to purchase for quite awhile, and this is the first time you can get it on digital.

To end the presentation they had a very special treat.  The original Circle of Life singer, Carmen Twillie, was there.  And of course she sang the Circle of Life for us – complete with a back-up gospel choir.  It was an incredible moment as a Disney fan and the sort of performance that gives you goosebumps.