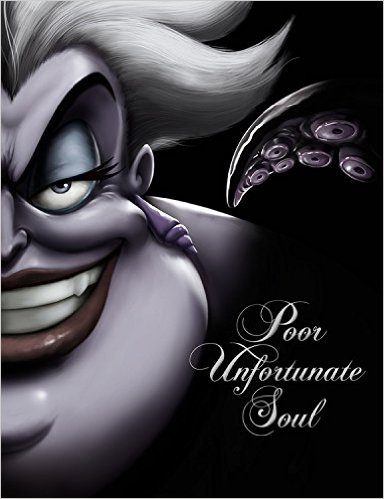 They say “don’t judge a book by its cover,” but as a librarian I can tell you that we totally do – and with good reason.  It’s hard to truly know if you’ll like a book and a cover is one of the few indicators we have!  The covers on the villains series by Serena Valentino have some really cool looking art.  So if you are judging by the cover there’s a good chance that as a Disney fan, you’ll pick this one up!

This is the third in the “Villains Tales” series – the first was Fairest of All, about the Evil Queen from Snow White, and the second was The Beast Within, about the Beast in Beauty and the Beast.  The first two were more stand-alone books, but this third one ties in a lot of elements from the previous ones, so I recommend you read those first.

Poor Unfortunate Soul is, as you may have guessed, a twist on The Little Mermaid story from the perspective of Ursula.  The Disney movie originally intended for Ursula and Triton to have been brother and sister, but that got cut out of the film.  However, that storyline makes a reappearance here.  We learn about Ursula’s childhood growing up, her relationship with Triton, and why she became a villain.  At the same time there is another plotline going on involving a young princess named Tulip, her magical nanny, and the three witches who appeared in the previous Villains Tales. 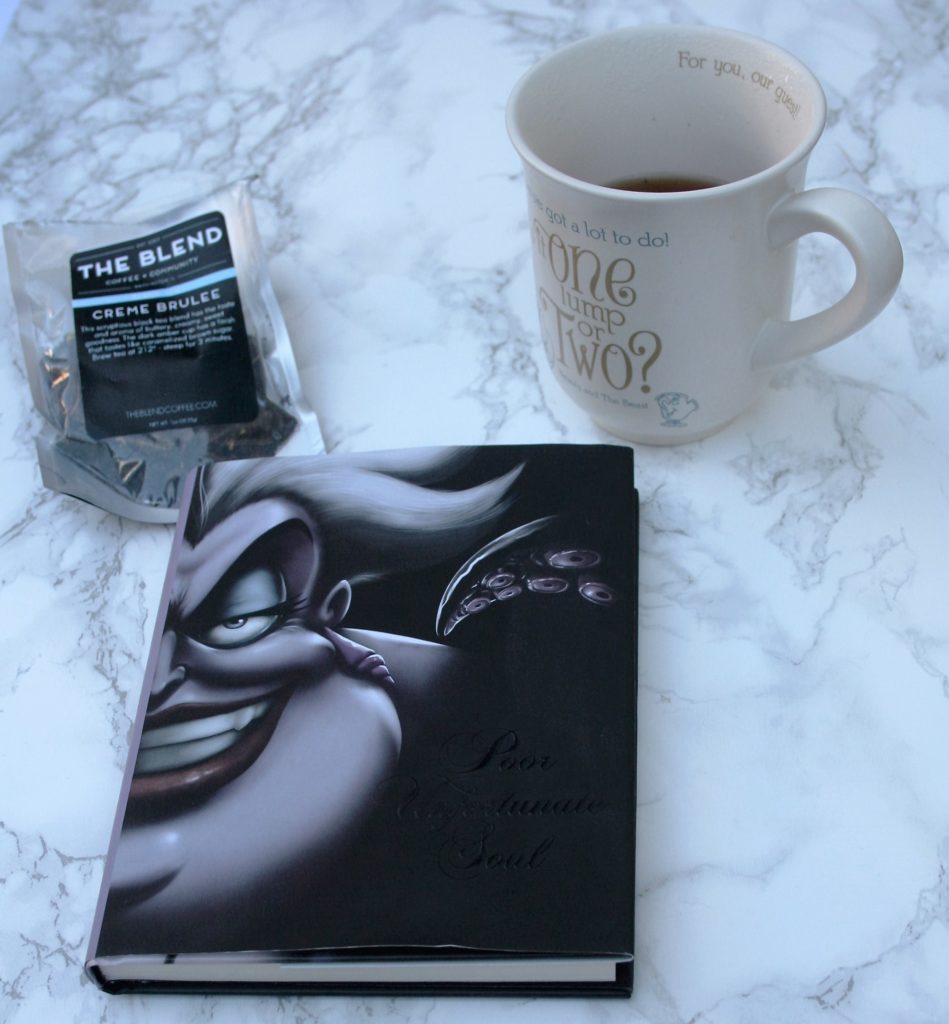 I have to admit that I didn’t really get into this book, and there are a few reasons why.  The first is that it relied heavily on the previous two books.  Though I’d read them both, I’d read them when they first came out over a year ago and honestly didn’t retain all that much.  So I didn’t remember a lot of what this book referenced.  It also had a different feel from the other two books – while those could stand on their own, this one didn’t as much.

My biggest issue was probably the fact that we didn’t actually get enough Ursula in this book about Ursula!  Her story almost felt shoved aside in favor of telling us more about Tulip and the witches.  It’s clear their story is setting something up for the next book in the series, but I hate it when a book feels like “filler.”  Because it goes back and forth between two different stories that frankly are only loosely connected (and in what feels like a rather forced way) it ends up being a bit disjointed.

And actually, on her website the author addresses many of the issues that I had – so I’m clearly not the only one.  Here’s what she has to say on some of the topics:

“You should read the novels in order. When I wrote Fairest of All, I hadn’t anticipated Disney would want me to write another novel so I wrote it as a stand-alone story – but to my surprise Disney asked me to write another book… When I wrote Poor Unfortunate Soul, I decided to not only to continue the Odd Sisters’ story line, but to bring along some characters from The Beast Within so I could expand upon their story in Poor Unfortunate Soul and to expand upon their universe.”

“For those of you who feel Ursula didn’t have enough “page time” in this novel, don’t fret. More pages will be devoted to her in the upcoming novels. I can’t get into detail because everything sill needs to be sorted out with Disney, but we have plans to expand the series in interesting ways so we’re not just devoting one 200 page novel to each villain. That is why I felt comfortable bringing characters from Fairest and Beast along with me in Ursula’s tale.”

So I suppose some people really enjoyed this one.  For me, the strength of the previous Villains Tales was in the fact that they were taking an already existing story which we already know and love, and putting a new twist on it.  In that sense this book only partially delivered.  I’ll still be curious to see where the series goes (it’s pretty obvious the next one will be about Maleficent), but at least I know going into it that it won’t be what I expected from the first two books.  I’ll probably still read it because they are very quick reads.

Have you read any books in the Villains series?  Which villain would you most be interested in reading about?