You are here: Home / Books / Book Review: Beast: A Tale of Love and Revenge 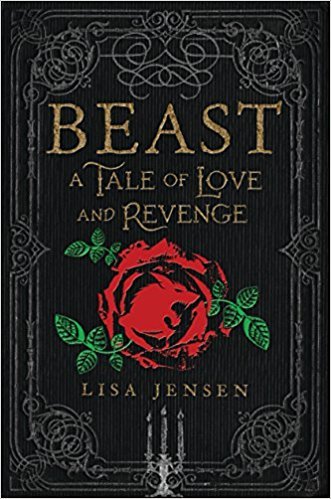 As a librarian I sometimes have the opportunity to get advanced copies of books before they are published. Often these are handed out at conferences. When I was at the Public Library Association conference last March and stopped by the Candlewick Press booth and saw a Beauty and the Beast inspired book called Beast: A Tale of Love and Revenge, I knew I had to grab it!

Beast: A Tale of Love and Revenge is a twisted version of the fairy tale, and it’s hard to share too much of the plot without giving it away. Instead of centering around Beast or Belle it’s about a servant girl named Lucie who is wronged by Jean-Loup and wishes for revenge – which comes in the form of him being turned into the Beast.  There are going to be some spoilers from here on out because it’s otherwise very difficult to write a review, but I’ll give a warning before those parts.

I want to start off with a warning that this book is very dark.  I think it’s classified as YA, and I would certainly not let someone younger read it, or anyone who might be fairly sensitive.  SPOILER ALERT: there is a pretty horrible rape scene in this book, so keep that in mind for potential triggers. Lucie also tries to commit suicide after the rape, so there’s another dark trigger for you. 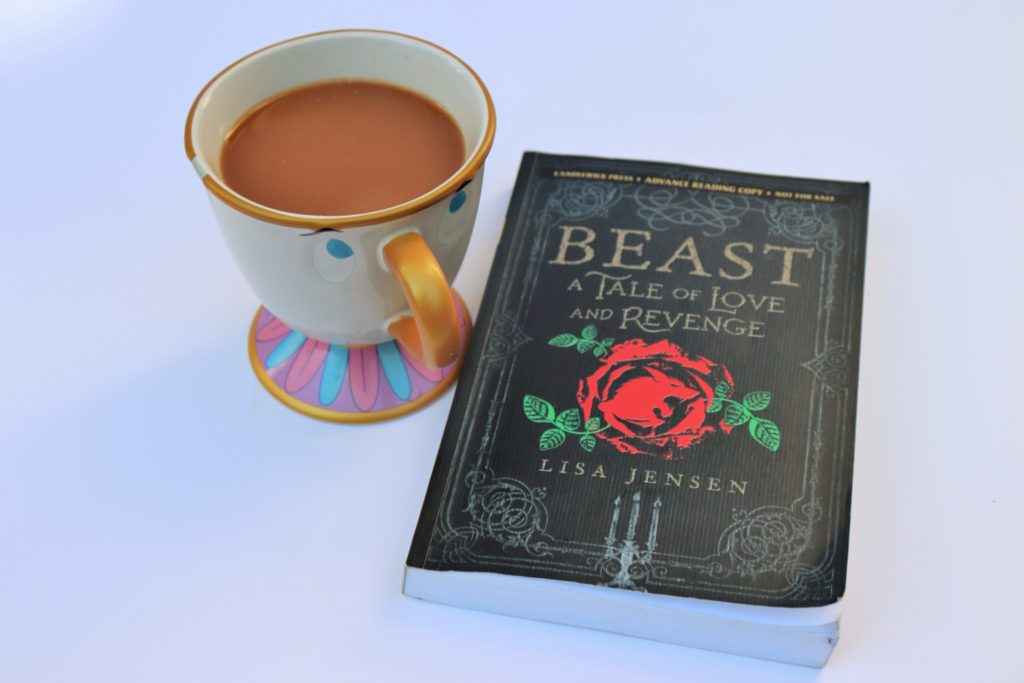 The plot at times felt very convoluted and confusing, and almost contradictory.  Some things ultimately made sense when everything was explained at the end, but some were still questionable. Plus, it’s kind of frustrating to try and understand it all without the “big explanation.”  The first half of the book centers solely on Lucie/Jean-Loup (Beast). Beast roams the house and Lucie has been turned into an enchanted object, so there’s not much for her to do or say. This makes the first half of the book feel very slow and drag a lot.  Things didn’t really pick up for me until Rose shows up (Belle, who is known as Rose in ths book like the original fairy tale).

I think the idea at the center of the book is actually fairly interesting – SPOILER ALERT: being the Beast is not the curse, it’s actually the handsome man who is the curse. Because while he may be beautiful, he is as ugly on the inside as the Beast is on the outside.  And Beast is as kind and caring as he is ugly on the outside. So that’s an interesting twist. But the idea that Beast and Jean-Loup are two TOTALLY different, distinct beings was just bizarre. The author even said in her author note that when she would hear the original story she always wanted to know what happened to “Beast” when he was replaced by the prince. Why are you seeing them as two different people? It’s the same person with two different apperances.  Just seems like a weird perspective.

Ultimately I felt like the basic idea of the story was potentially a good one but it became way too twisted and weird and dark for me to get into.  There might be a very niche audience that this would appeal to, but I’d say you might want to pass on this one. There are lots of better and more interesting twisted tales or retellings of Beauty and the Beast.

Does Beast: A Tale of Love and Revenge sound like something you would want to read?