You are here: Home / Books / Book review: As Old as Time 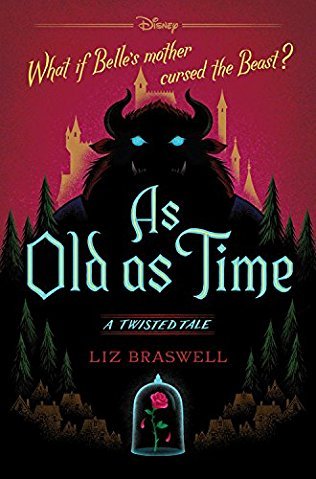 “What if it was Belle’s mother who cursed the Beast?”

When I heard about the book As Old as Time, by Liz Braswell, I was certainly intrigued.  Twisted fairy tales are one of my favorite story genres, and Beauty and the Beast is my favorite fairy tale, so it sounded like it would be right up my alley.  I had read her previous twisted version of Aladdin called A Whole New World – and while I enjoyed it I wasn’t blown away, so I wasn’t quite sure what to expect from this one.

The book is broken up into several different sections, and each section has a bit of a different feel to it.  The first third of the book has alternating chapters following two different stories.  The first is the original Beauty and the Beast story that we all know – Belle’s father being captured, her taking his place, meeting the enchanted objects, etc.  The in between chapters tell the story of how her mother and father met, and the kingdom they grew up in.  A kingdom that at the time was filled with magic, as well as people who wanted to put an end to magic.  At the end of the first section the format of the book shifts.  Something happens in the Beauty and the Beast plot to totally change the direction of the story, and from then on we are focused on Belle and how she deals with trying to break the curse (and it’s not the same as the original movie).

While I ultimately enjoyed most of the elements of this book, I’m not sure I loved this format.  It was jarring to totally switch the way the story was told after 100+ pages (you go from two different stories told in alternating chapters to focusing on one plot for the rest of the book).  I also found myself getting bored with the stories that just re-told the movie.  I think the author could safely assume that people have seen the movie and not re-tell everything word for word.  I would have preferred if there was a first section that told the story of Maurice and Rosalind, and then it transitioned to the future and Belle’s story. 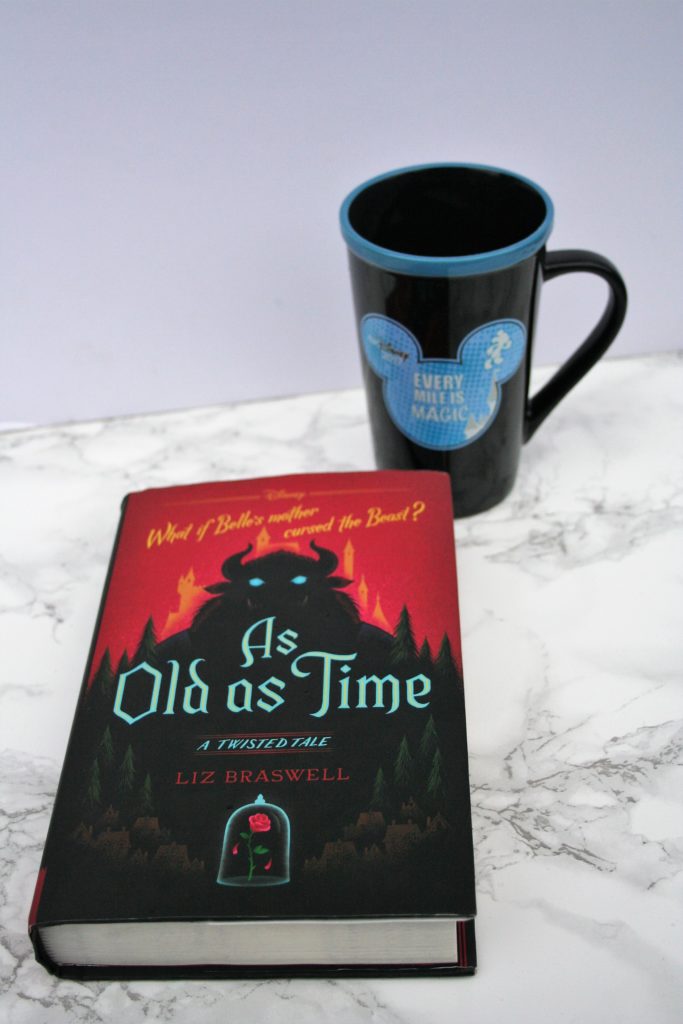 One of the things I did really appreciate about the book is that it asked some interesting moral questions.  It’s not necessarily black and white.  The “twisted” part of the story asks the question “What if it was Belle’s mother who cursed the Beast?”  Belle has an awful lot of questions to grapple with, including many you might have had yourself while watching the movie.  Things like: Was the Beast a child when he was cursed?  Who would curse a child?  Why curse all of the servants as well?  Did he really deserve this fate?  These are all things that Belle asks herself, and then has to reconcile them with the fact that her own mother was the cause.

The book plays with a lot of important themes, including revenge, how to right a wrong, and a big focus on acceptance and inclusion.  People who have magic in this land have been persecuted, and this book does not shy away from grappling with the issues of diversity and judging people based on qualities outside of their control.  I appreciated a lot of the ideas in this book.  Though I don’t want to give any spoilers, I will say that toward the end there were some very gruesome elements of the book.  So be warned of that if you have a younger child interested in reading.

Good characters are very important to be in a story, and this novel has the advantage of several characters who are already developed and well loved.  Belle and the Beast are pretty true to what you know of them, though we get to see their personalities in some different ways given what happens in the story.  The most intriguing character is Rosalind, Belle’s mother – one of those characters who is not entirely likeable, but you can at least understand her motives and where she’s coming from, even if you don’t always agree with her.

Like A Whole New World, I felt like this story had a lot of potential that it didn’t quite reach for me.  There were elements of the book that I really loved, and from part 2 on I was pretty hooked.  But the beginning of the novel really dragged for me and I had a hard time getting into it.  You also have to be open to having one of your favorite stories totally changed on you.  I personally love that sort of thing, but I know some people who are very protective of their favorite Disney movies.  If that’s the case then this book is probably not for you.  But if you’re open to something new, I’d give it a go – and recommend you push past the slower first section if you can.

Does this sound like an interesting read to you?