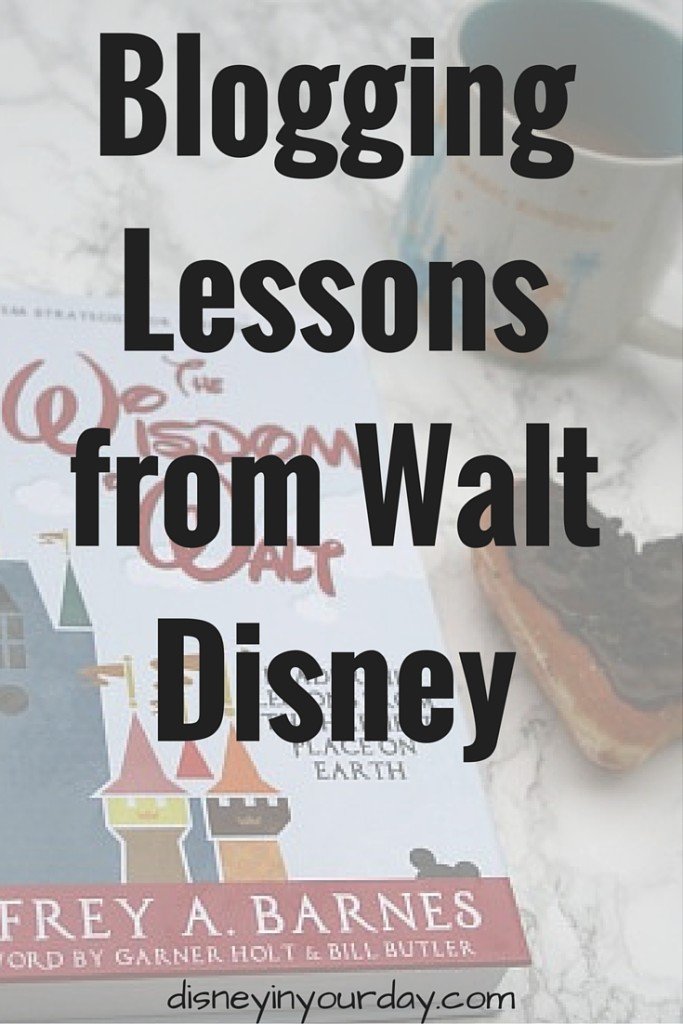 Walt never got to experience a world with the internet or blogging (could you imagine the things he might have been able to do with social media and an internet presence?).  But there were so many things that he accomplished in his life that we can learn a lot from what he did and how he did it, and apply those things to what we do today.

A couple of months ago I wrote a review for a book I read called The Wisdom of Walt: Leadership Lessons from the Happiest place on Earth.  I thought it was a great book and really well written to inspire me in a number of ways that involve leadership.  However, one area of my life where I found it to be quite applicable is actually for blogging.  In many ways as a blogger you are a leader in your online community – whether it’s one small niche of people who follow you or a huge social presence that you have, by being a blogger you influence and lead others.

As I was reading the book I found myself pulling some interesting information from what he had to say and applying it to my blogging life.  Because I know there are definitely other bloggers who follow me and read my posts on occasion, I thought it might be helpful to share some of what I learned from this book with you (and I highly recommend that you buy and read the book yourself!). 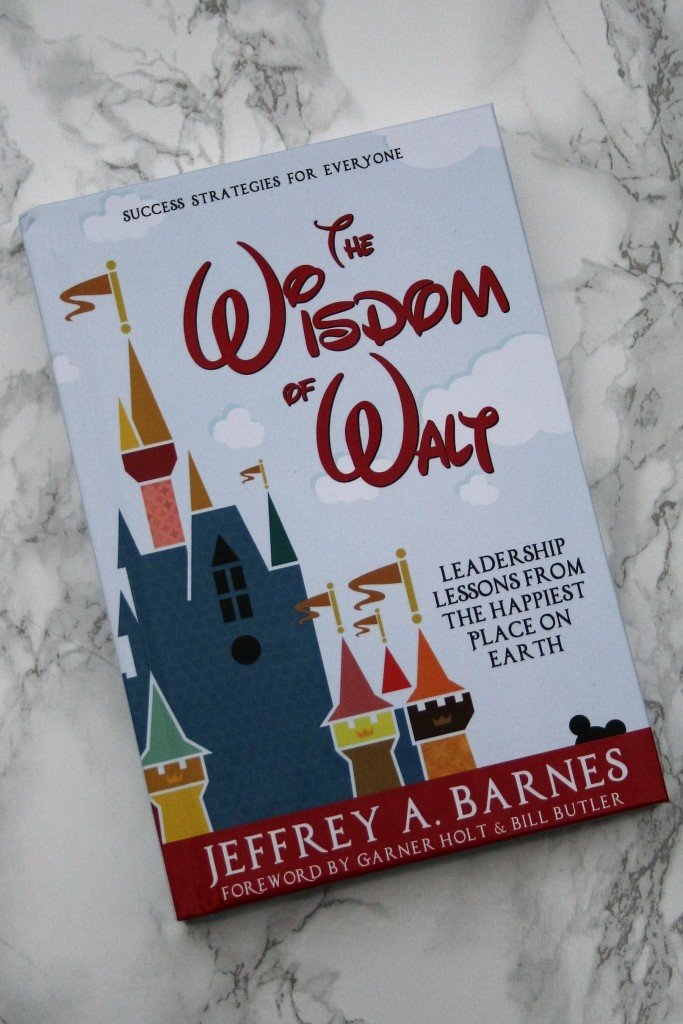 The first chapter of The Wisdom of Walt emphasizes the importance of “doing nothing.”  When Walt got the idea for Disneyland he was sitting on a park bench just thinking.  Nowadays he probably would have been on his phone or multitasking in some way and Disneyland may never have occurred to him.  Allowing yourself time to just sit and think is incredibly valuable.  The same is true for blogging.  We are constantly trying to write posts, share on social media, create graphics, etc.  How often do we really sit and truly think about what we blog about?  I’m sure lots of good ideas could come from just relaxing and thinking.

Jeffrey A. Barnes also talks about the importance of having “crazy dreams” to follow.  One of the exercises the book had you do was to write down what you would do with your life if you knew without question you could not fail.  My answer: “Make a real living off of being a full time Disney blogger.  Travel there often, write a ton, take so many photos.  Still do theater and running as hobbies in my free time and get even better at those too.”  The first step to achieving your dreams is figuring out what they are.

Put Yourself out There

In chapter five, Barnes states that we often feel like “It is better that we censor ourselves than we risk judgement and expose ourselves to the ridicule of our peers.”  This one hit home with me because I think bloggers, we often battle with those feelings.  By blogging you are often putting a very vulnerable part of yourself out for the entire world to see.  Sometimes it feels easier not to do that.  But what if Walt had allowed those thoughts to stop him?  Many people scoffed at his ideas – the idea that anyone would want to see a full length animated feature, or that he could build an entire theme park.  If he had let the fear of judgement hold him back none of what he accomplished would be here.  We can do the same.

There is a lot of power in positive thinking.  Sometimes courage can come from that too.  The only way for Walt to produce Snow White was to act as if it would be a success (even though he didn’t actually know if it would be).  But sometimes just acting something will help you be it – if you act happier, you will actually feel happier.  My takeaways from this: if I act like a professional blogger, I will be a professional blogger.  If I act like I have the energy to blog, I will have the energy to blog.  And then make sure to take some time and give yourself some real compliments about what you’re doing.  As Barnes said, “What you say speaks volumes about your confidence and will go a long way toward the actions you do or don’t take.”  Here are a few of mine: 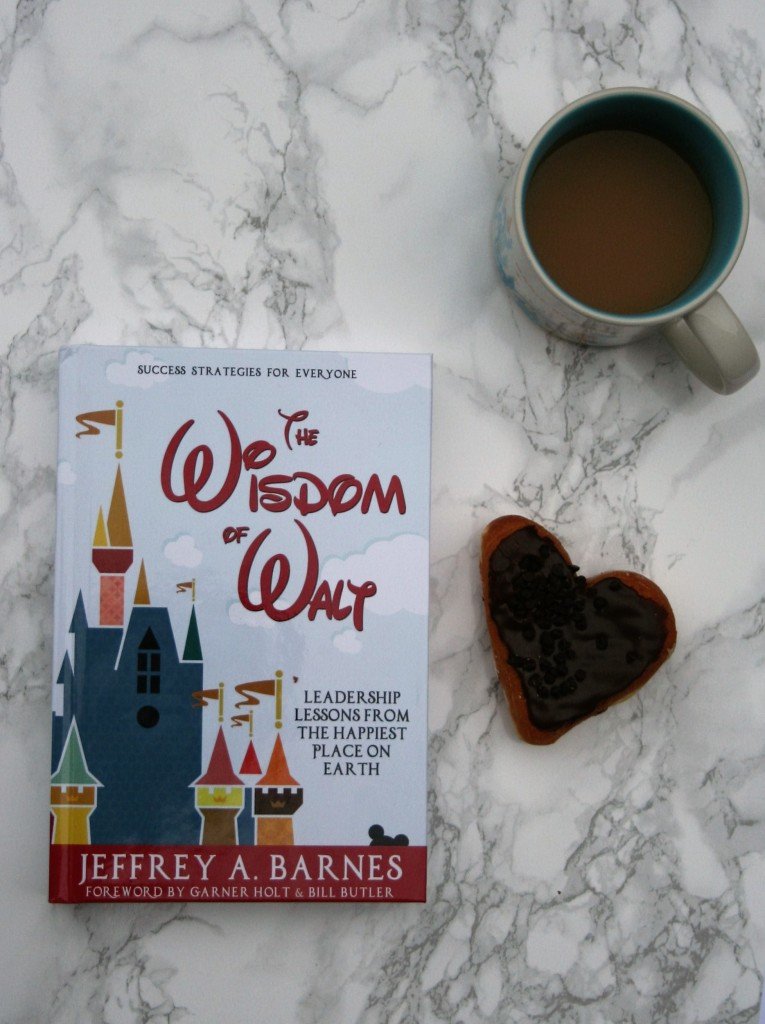 One thing that made Walt such a unique businessman was his emphasis on experience over product.  It wasn’t just about putting something out there which would make as much money as fast as possible, it was about creating a lasting experience for the guests.  Walt came up with the term “plussing” – he was constantly seeing what he could do to “plus” attraction and improve it for people.  As bloggers we need to look at more than just our “product.”  It’s more than just the pageviews or the income we’ve made that month.  How are people experiencing your blog?  What can you do to “plus” it and make it even better for them?

One of the things that Disney theme parks has become synonymous with is waiting in lines.  It’s no secret that for the most part, you probably spend more time waiting to get on them than you do on the actual rides.  The same is true in life, and with blogging.  We often have to wait for what we want.  This is especially important for new bloggers, I think – many want to see success right away.  But you have to put in the time and effort first.  Even after blogging for over 3 years this is true for me too.  I’ve seen my pageviews slip the past two months but I’m patiently waiting for things to pick back up again.  While you’re waiting in line, remember why you’re there.  Remember the ride that’s waiting at the end and why you do what you do.

Walt always had a future project he was working on.  There was always another movie in the works, another ride, another theme park.  Or another big idea – even while Disney World was being planned he was already more excited about his plan for an Experimental Prototype Community of Tomorrow.  His dreams were big and he was always looking forward.  We should do the same as bloggers.  Don’t let anyone tell you that you can’t.  Don’t be discouraged by pitfalls along the way.  Move forward, have a next, and dream big.