You are here: Home / Disney World / Behind the Seeds Tour 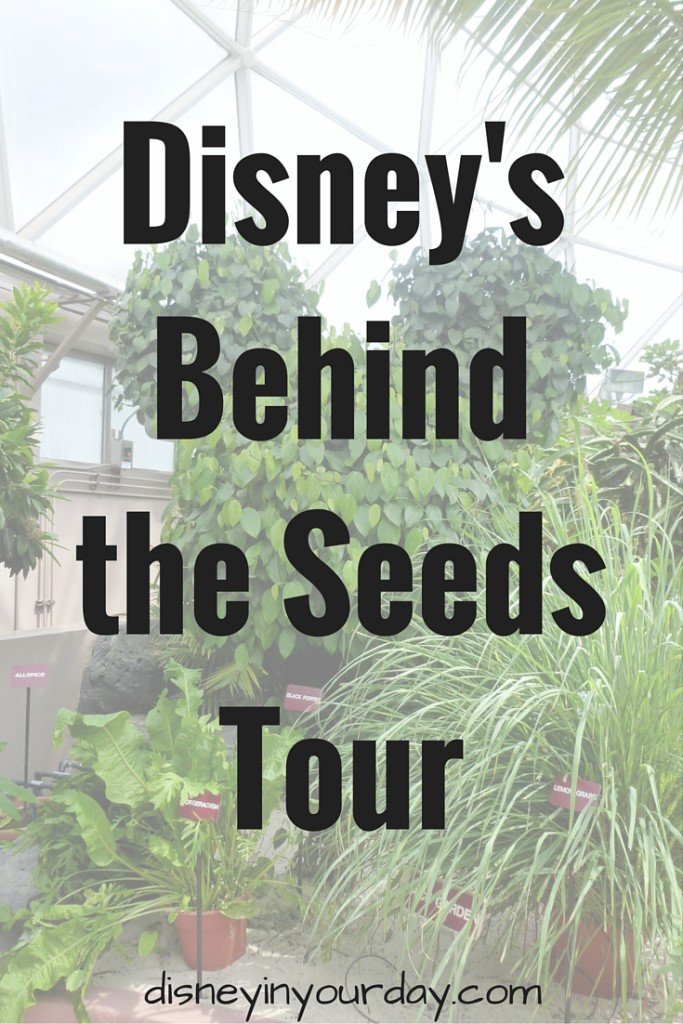 During one of my recent trips to Epcot I decided to sign up for the Behind the Seeds tour on a whim.  It’s pretty much always available to book, so it’s something you can decide on at the last minute.  The tour is about an hour long and runs throughout the day at the Land Pavilion.  It costs $18 but there are all sorts of discounts available (including annual passholders, Disney Visa cardholders, DVC members, and cast members).

Even though I don’t have a particular interest in plants, I’m always interested in learning new things and I found the tour enjoyable.  We started out by going backstage and learning about and observing some of the pest control.  We went into the greenhouses and our tour guide gave us in depth information about how they grow the plants there, and the different methods they use (such as hydroponics).

There was one really cool plant that they showed us.  When you touched it the leaves shriveled up instantly at your touch so that the plant looked all withered and almost dead.  However, after about half an hour the leaves went completely back to normal, looking green and healthy again.

We also got to taste the cucumbers that they grow there, and we released ladybugs into the greenhouses.  We learned some interesting things, too.  They use Mickey molds to get some of the fruit to grow a certain way so they can have fun Mickey shaped tomatoes and pumpkins.  Another fun fact: banana trees only bear fruit once and then they have to be cut back down to the ground.

The Behind the Seeds Tour was well worth it when I just had to pay for myself!

Epcot set the Guinness World record for most tomatoes grown from a single plant in one year.  That plant is no longer there, but they have a new, smaller plant growing in its place and a picture of the record setting plant to mark the accomplishment.

Something else I learned that was interesting was that they choose not to pick their pineapples and use the fruit.  The pineapple plants only bear one fruit at a time, and they don’t really produce enough of them to make it worthwhile to pick them and use them.  They decided that they get more value out of them by having people riding Living with the Land see them, so they leave the pineapples there until they go bad.

If you’re interested in fun facts like some of the ones I just mentioned or you have an interest in plants, I definitely recommend checking out the Behind the Seeds tour!  Even if you’re just a hardcore Disney fan that wants to see some backstage stuff and learn some interesting bits of information, it’s definitely worthwhile.

Have you ever done a Disney tour?  How was your experience?