You are here: Home / Disney Movies and TV / Ant-Man and the Wasp review 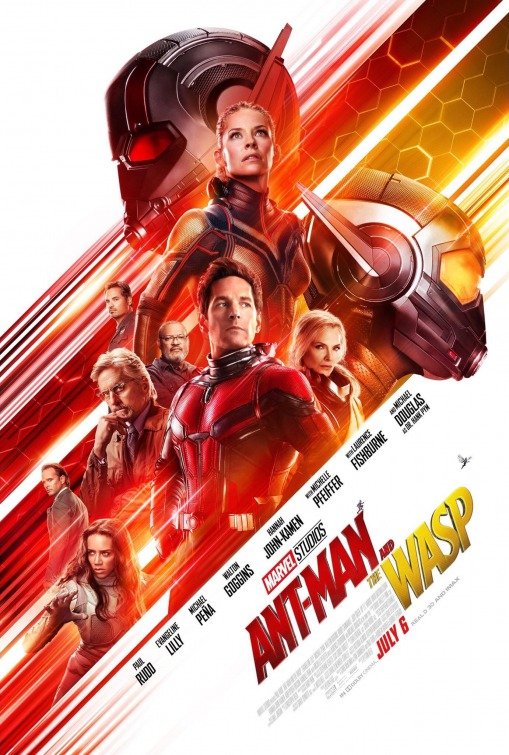 Within the past couple of years I have become a Marvel fan.  I’ve seen pretty much every Marvel movie that has come out in the last three years and went back and watched many of the ones that I’ve missed. And while they are all entertaining, I have a special place in my heart for Ant-Man and the Guardians of the Galaxy. What can I say? I like humor.  So when I heard they were making a sequel to Ant-Man called Ant-Man and the Wasp, I was definitely excited for it.

Many people were wondering after the events of Infinity War where this movie would fit in the timeline. It basically takes place right before Infinity War, about 2 years after Captain America: Civil War.  Scott (Ant-Man) went to help out with that battle, and as a result of his exploits he was caught and placed on house arrest for 2 years. If you recall from the first movie his daughter Cassie is the most important thing to him, so he’s been playing nice for 2 years in order to gain his freedom for her and avoid jail. Unfortunately, just a few days before his sentence is over, Howard Pym and his daughter Hope need Scott to help them with a special mission.

This mission has to do with the quantum realm, which Scott had visited and successfully returned from. If he can come back, why can’t Hope’s mother, who’s been trapped there for 30 years? They come up with a plan to get her back but need several components for the lab, some information in Scott’s brain, and a way to avoid the multiple bad guys they face along the way.

This leads me to one of my first impressions of the film: too many adversaries! Trying to get into the quantum realm is difficult enough on its own, and of course there has to be at least one good villain trying to stop them. Enter Ghost, a girl who, due to an accident in her childhood, “phases” in and out of this realm. It’s extremely painful for her and she wishes to extract power from the mother in the Quantum realm to try and “fix” herself. Unfortunately, Howard and Hope believe this might kill mom, so they want to stop Ghost at whatever cost.  On top of that, the FBI is constantly checking up on Scott and trying to track down Howard. Then we’ve got this other guy who is interested in the money the Pyms could make off of the lab they’ve created, and he constantly shows up and tries to steal it from them. 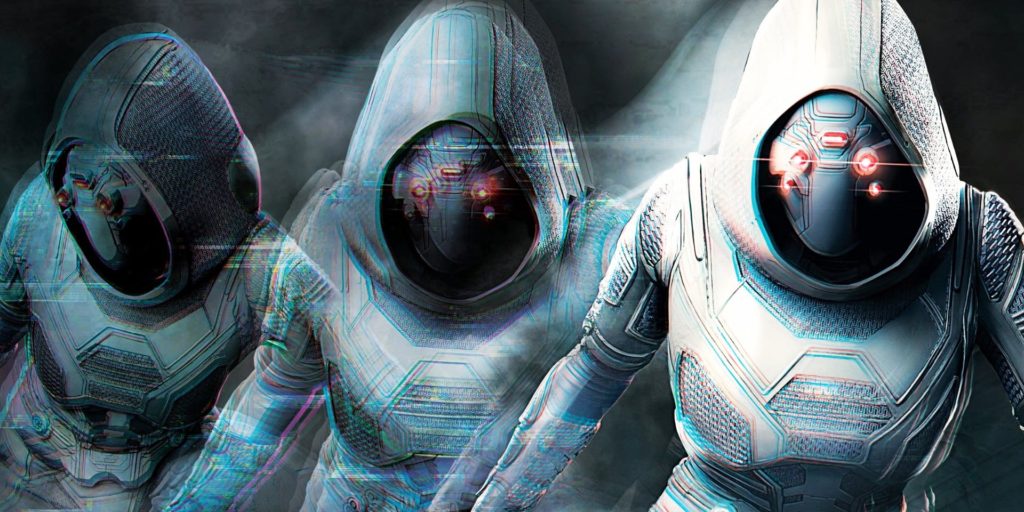 I would have been fine with just Ghost and the FBI. I thought the other southern guy was just unncessary and annoying, and as a result we didn’t get as much depth to Ghost as I might have liked. I thought she was a very intriguing villain. A lot of people insisted that villains like Thanos or the one in Black Panther were interesting because they were doing what they did because they thought it was right. However, to me it was still pretty black and white because they were evil about how they did that with no morals. Ghost, however, comes across as almost sympathetic. There is a moment where she wants to go after Scott’s daughter as a tool to getting the lab back. Her partner tells her under no circumstances will he work with her if she touches that girl, and finally she agrees. So here’s a villain who actually has a conscious and isn’t all “evil.” I find that much more interesting.

I may also be in the minority as a Marvel fan in that I don’t really enjoy big fight scenes. All of the punching and stuff gets boring to me after awhile. In Ant-Man I think the fights are really clever and I enjoy watching them. Sometimes they’re cool, like Wasp shrinking down and running along the edge of a knife being thrown at her, and sometimes they’re funny, like a giant Hello Kitty pez dispenser landing in the middle of the road. 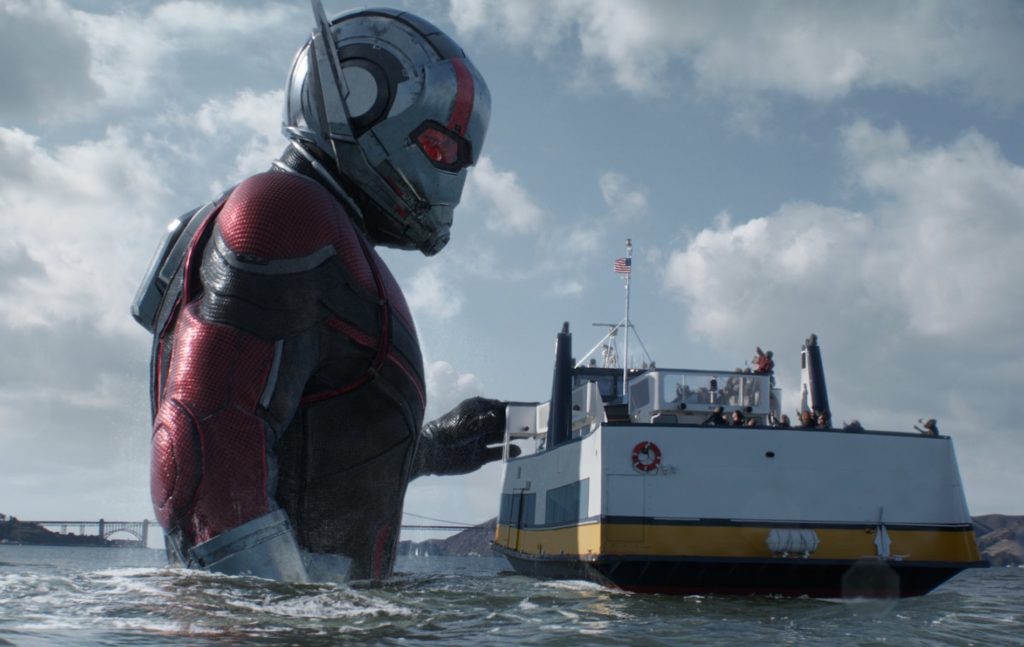 I definitely found the movie funny, though perhaps not as funny as the first one.  Scott’s friends are back, and they’ve formed a security company called X-Cons – brilliant! They provide many of the laughs and I’m glad to see them back.

Interestingly enough, the most talked about part of this movie isn’t the movie itself, but the scene after the credits.  For those of you wondering about what happened to Ant-Man during Infinity War, here’s your answer. Apparently every so often they have to hop back into the quantum realm to get some more “quantum power” to keep Ghost stable, so Ant-Man jumps on in and Howard, his wife, and Hope are working the controls to bring him back. When the time comes for him to return, however, there’s no response – guess who just turned to dust? Yup, all three of them, leaving our hero trapped in the quantum realm.

By the way, being in the quantum realm too long can slowly melt your mind and drive you crazy, so things are not looking good for Scott.  No one knows how to get him out of there now. It also makes me wonder – could there be something in the quantum realm that will help the Avengers and this whole crazy situation? Or does everything happening here not really matter?

All in all I really enjoyed Ant-Man and the Wasp. The first one was probably better, but this was still a worthy sequel that I would highly recommend watching if you enjoyed the original!

Have you seen Ant-Man and the Wasp? What did you think of it?