You are here: Home / Disney World / An evening on the Disney Boardwalk 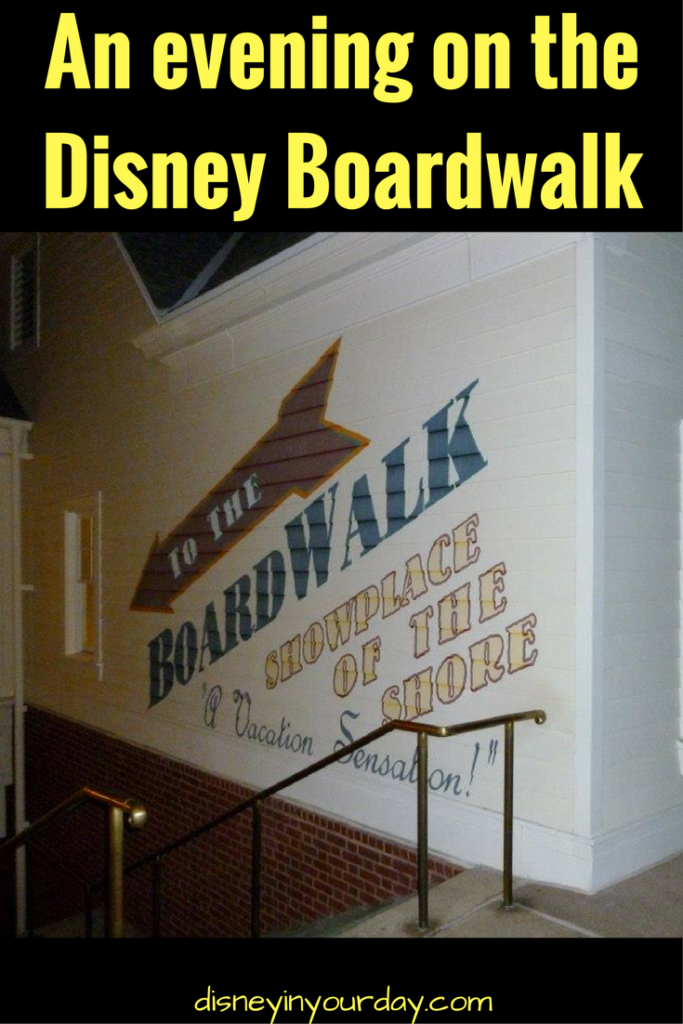 If you have a couple of hours in the evening to spend at Disney and want to try something a little different, consider heading to the Boardwalk!  It’s great for a non-park day or after spending a day in either Epcot or Hollywood Studios – both are walking distance though Epcot is a lot closer, but there are also boats running from both of those parks to and from the Boardwalk.

Jason and I will be staying at the Boardwalk resort in September so we plan to spend plenty of time hanging out here in the evenings!  I’ve been a couple of times so I’ve seen some of what there is to offer but not all of it.  In fact, I think I might have spent more time running on the Boardwalk than hanging out there, since the RunDisney 10k’s all go through that area! 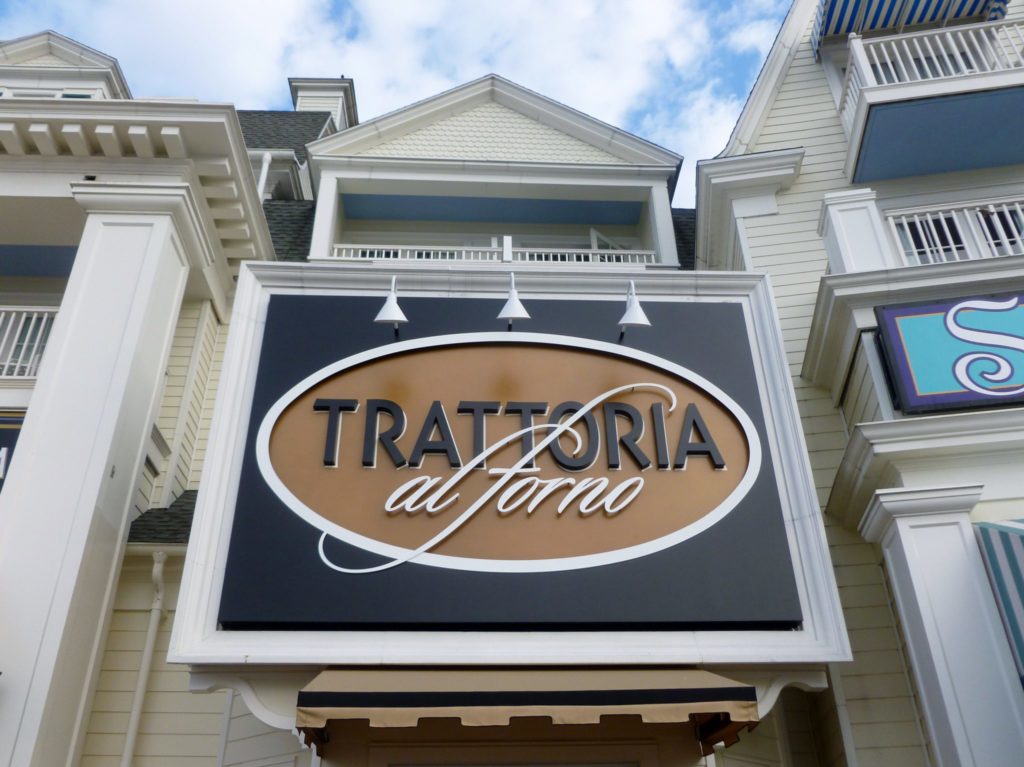 Want a nice dinner?  There are a number of locations where you can get a great meal on the Boardwalk!  Seafood fans will want to try the signature restaurant Flying Fish (which is where Jason and I have booked our anniversary dinner).  There’s also Italian at Trattoria al Forno, which also offers a new character breakfast with Rapunzel and Ariel (plus their princes).  Other restaurants on the Boardwalk include ESPN and Big River Grille.  If you head across the Boardwalk to the Beach Club or Yacht Club you have even more options, including Yachtsman Steakhouse (a signature dining experience), Cape May Cafe (character meal), Captain’s Grill, and Beaches and Cream (soda/ice cream shop). 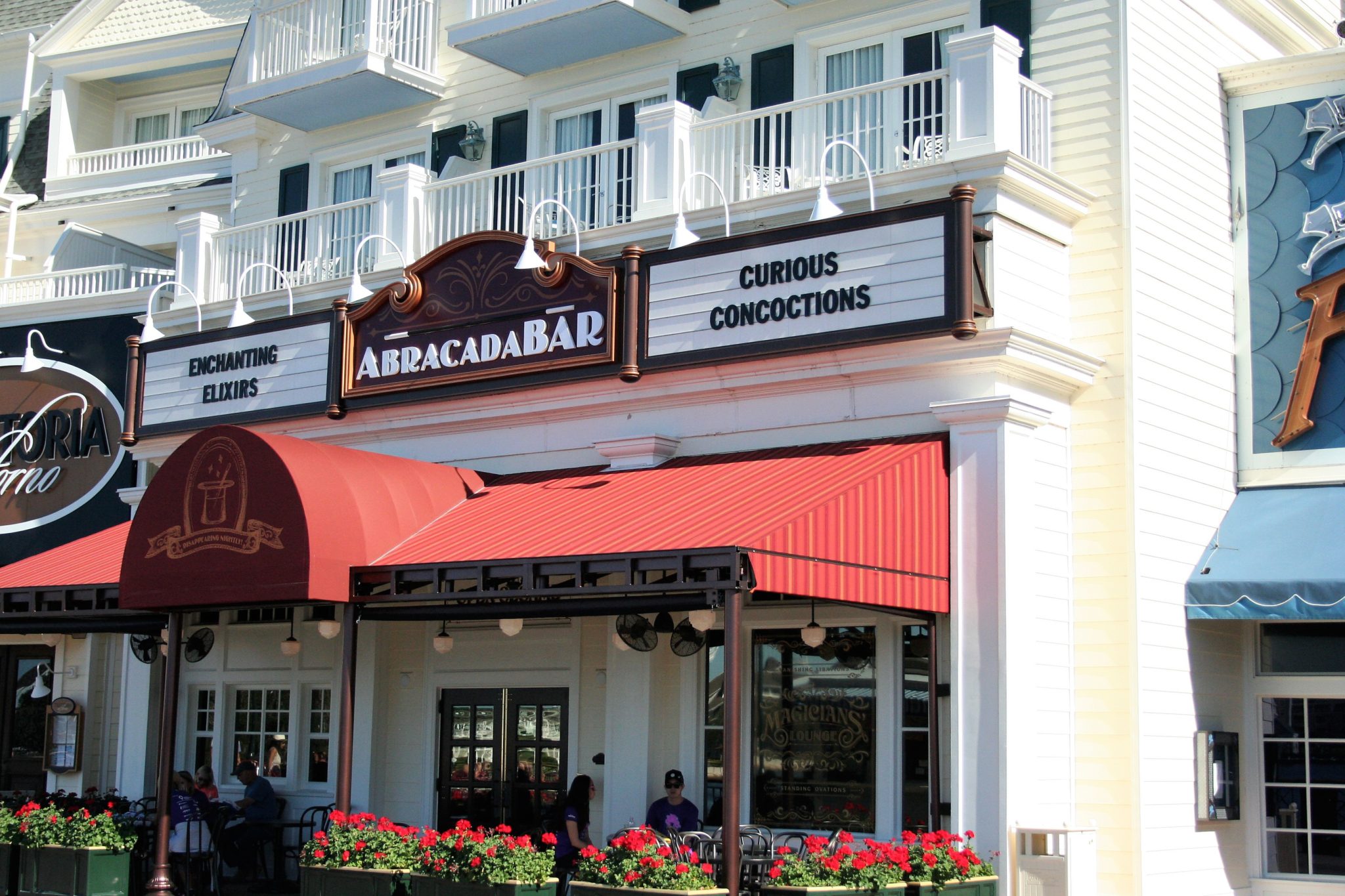 Like a themed bar experience?  The atmosphere inside AbracadaBar is really fun, and as you might guess from the name – magical.  Objects that looks like they belonged to a magician line the walls, and if you watch closely you might even notice some of the pictures changing.  Our server did a magic trick for us, and even some of the drinks have some tricks up their sleeve, like the color changing margarita!  Check out my review of AbracadaBar here. 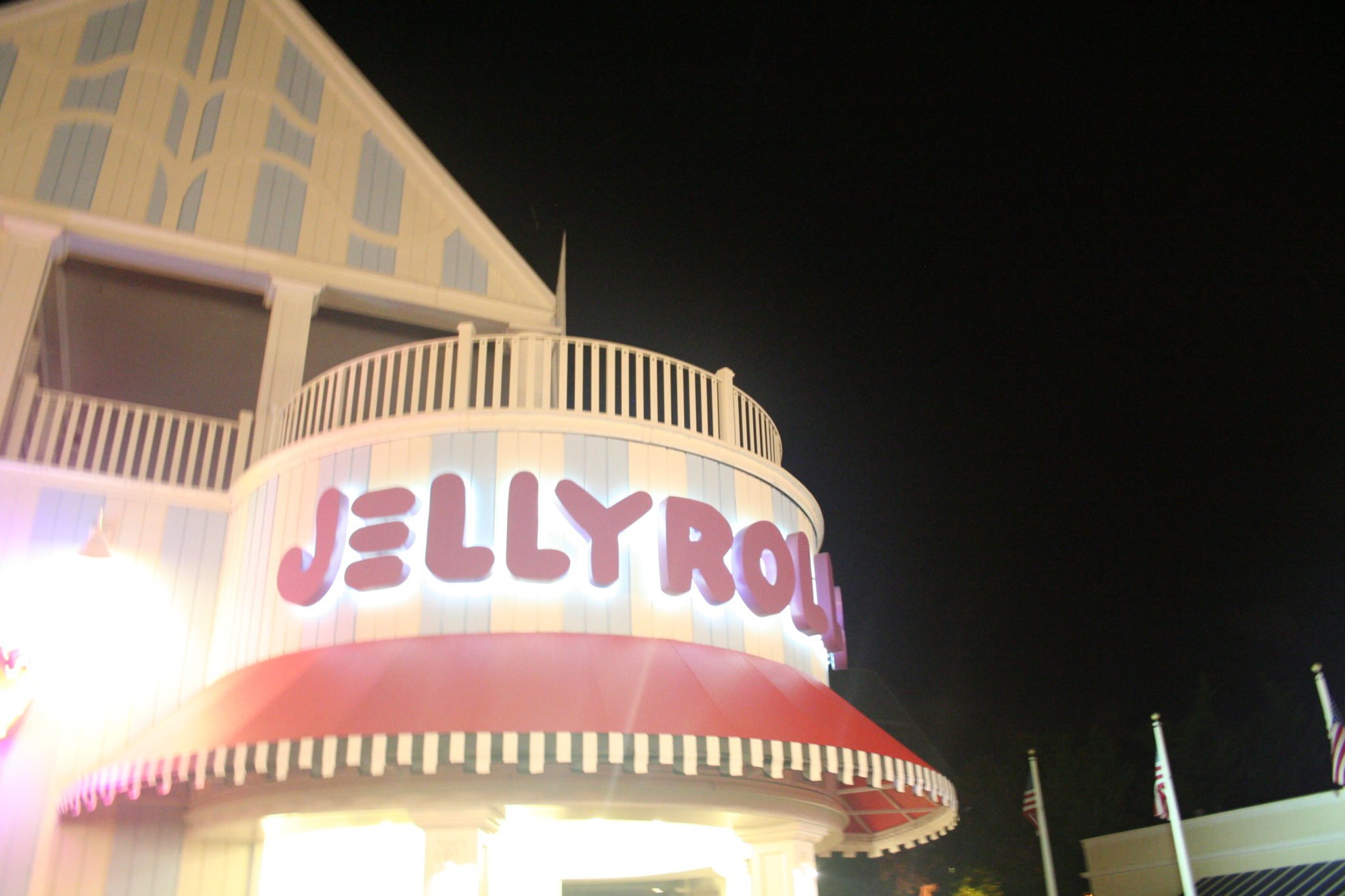 Anyone like a dueling piano bar?  I’ve never been here but it’s been at the top of my list for awhile of places I want to check out.  Now that we’ll be staying at the Boardwalk for a week I don’t think there’s an excuse not to go! 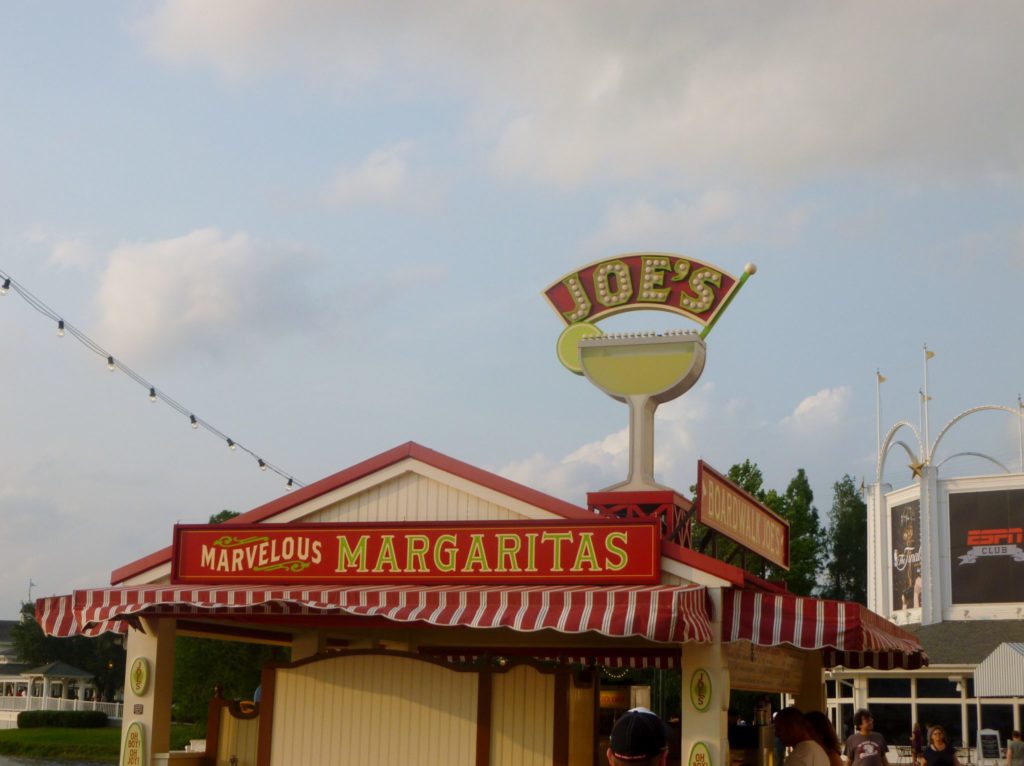 If you’re looking for a more typical atmosphere to get a drink, there are lots of options at both the Boardwalk and the nearby Yacht and Beach Club.  Big River Grille is an option if you’d like to see the beer selection, or head to ESPN for a sports bar atmosphere.  Inside the Boardwalk hotel itself you’ll also find the Belle Vue Lounge and Leaping Horse Libations.  And there’s a margarita bar on the Boardwalk! 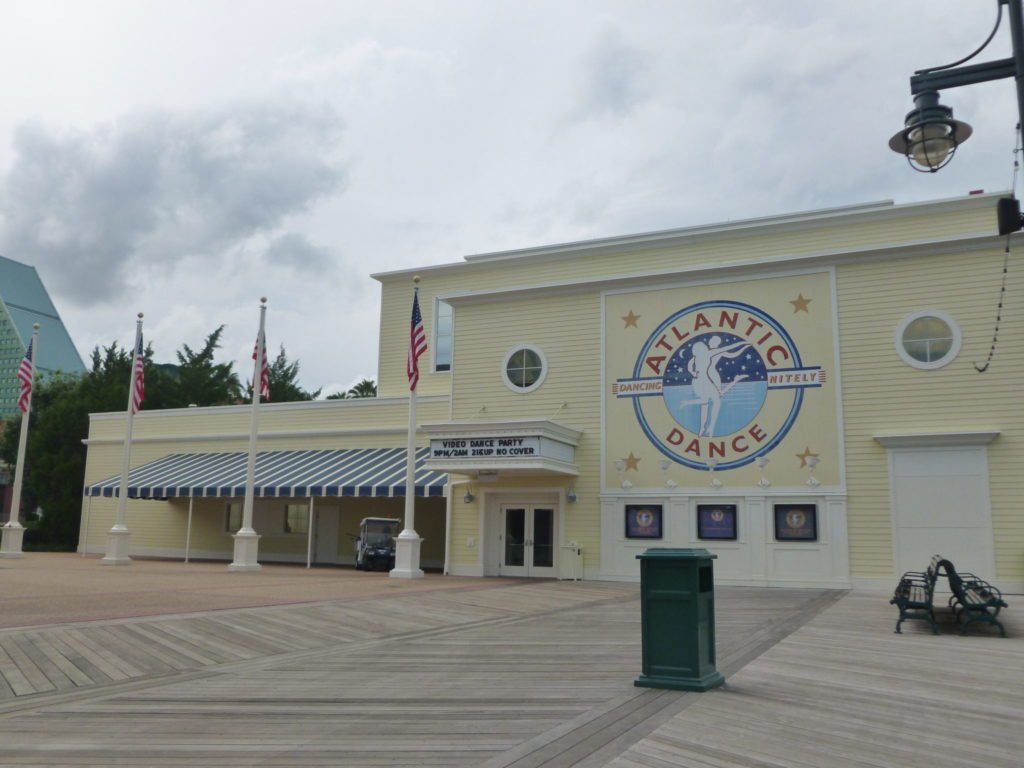 Though I’ve heard it’s not always the busiest place, Atlantic Dance Hall is a nightclub that you can visit if you want to dance a little!  I haven’t been there as a nightclub, but I’ve been there twice for weddings and it’s beautiful inside.  It’s a great space, and even if other people aren’t dancing who cares?  Go have fun yourself! 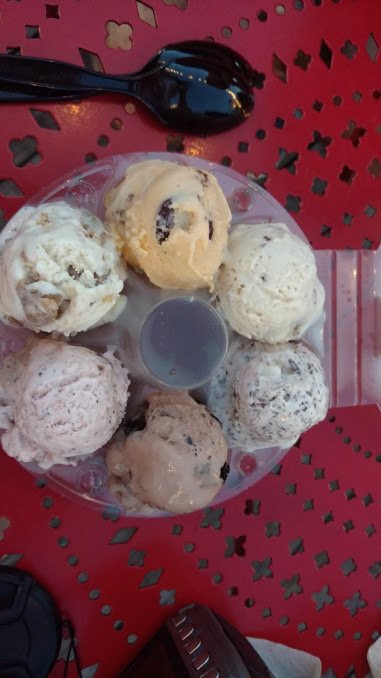 Another place I haven’t had the chance to try, but I’ve heard the ice cream here is quite good!  I’m a big ice cream lover, and in the beginning of September it will still be plenty hot in Florida so I have a feeling this will be a frequent stop for us after a long day in the parks. 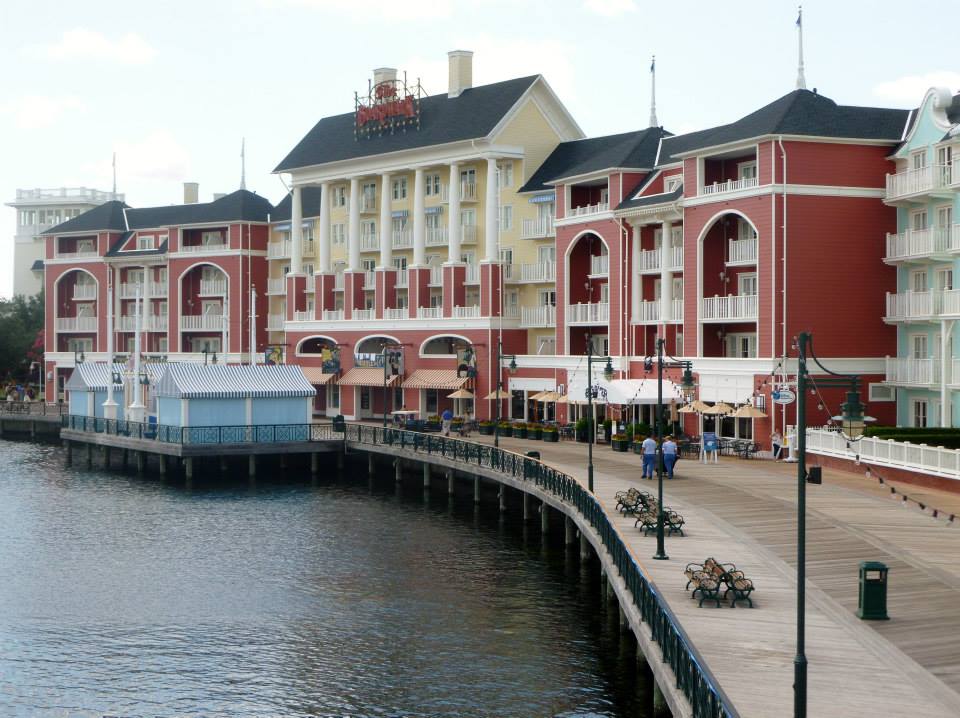 There are lots of things going on around the Boardwalk!  Different street performers will appear in the evenings (usually on the weekends) like jugglers, musicians, etc.  You’ll also find caricature artists, hair wrappers, carnival style games, and surrey bike rentals.  Just walking around during the evening can be a good time! 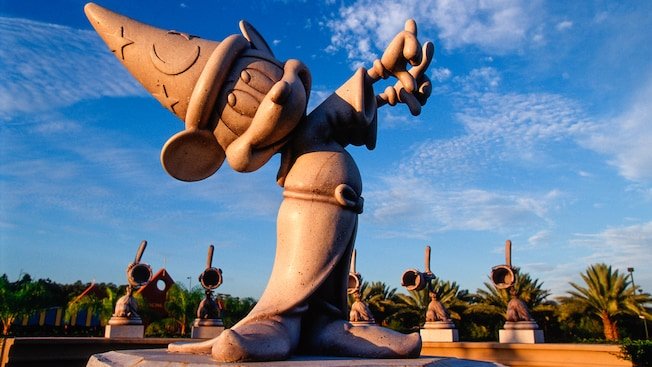 This mini golf course by the Boardwalk is often open late into the night – depending on the season, you can find it open until 11pm.  It does get crowded later in the evening, but it’s also a really nice way to do something fun after a day in the parks, or just a good way to end a pool day at the resort.

What’s your favorite thing to do at the Disney Boardwalk? Have you visited at night?