You are here: Home / At Home / A Disney cocktail party 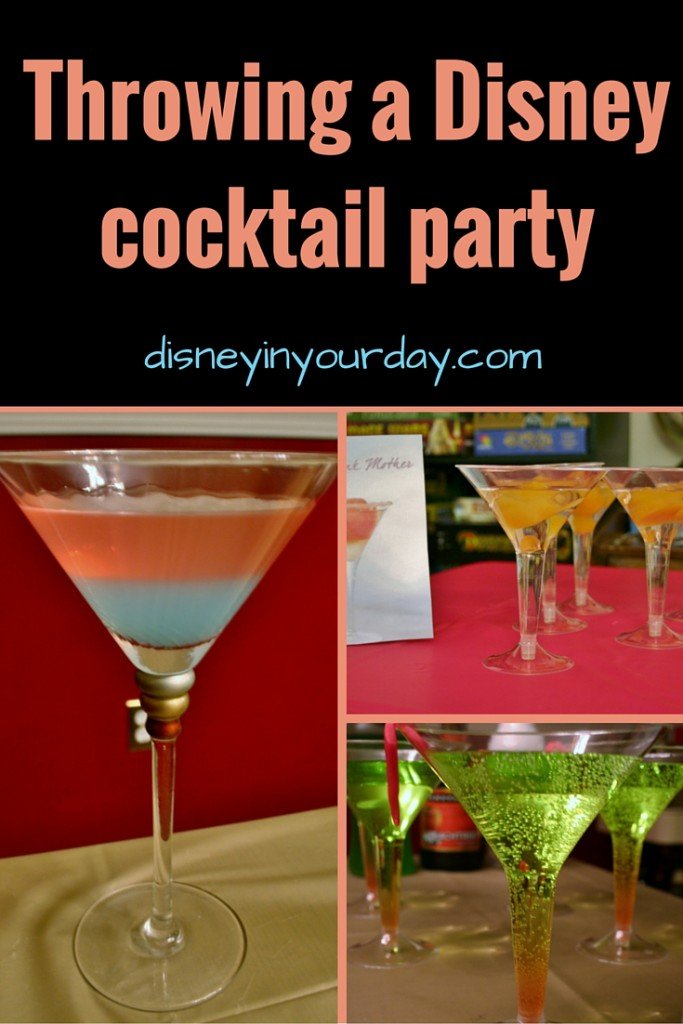 I received the Fairy Tale cocktail recipe book free of charge to review for the blog.  All opinions are my own and 100% honest.

I love throwing parties.  I especially love planning a party with a good theme.  So when I decided to throw a Disney cocktail party I was especially excited to use the Fairy Tale cocktail recipe book from Cocktails by Cody!  I’ve long seen his drinks on Pinterest and facebook, but I was never sure how to make them.  Now that he released a recipe book I was super excited to try my hand at some of them! 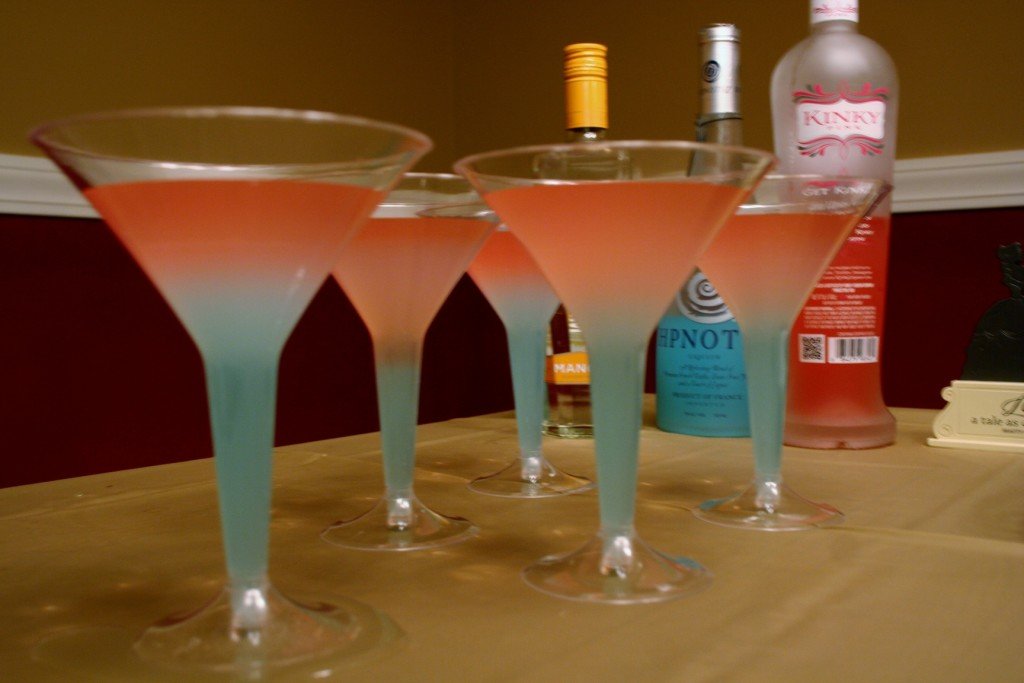 The fairy tale inspired drinks from Cocktails by Cody were definitely the highlight of the party.  I decided to choose 6 of them to serve.  We had: 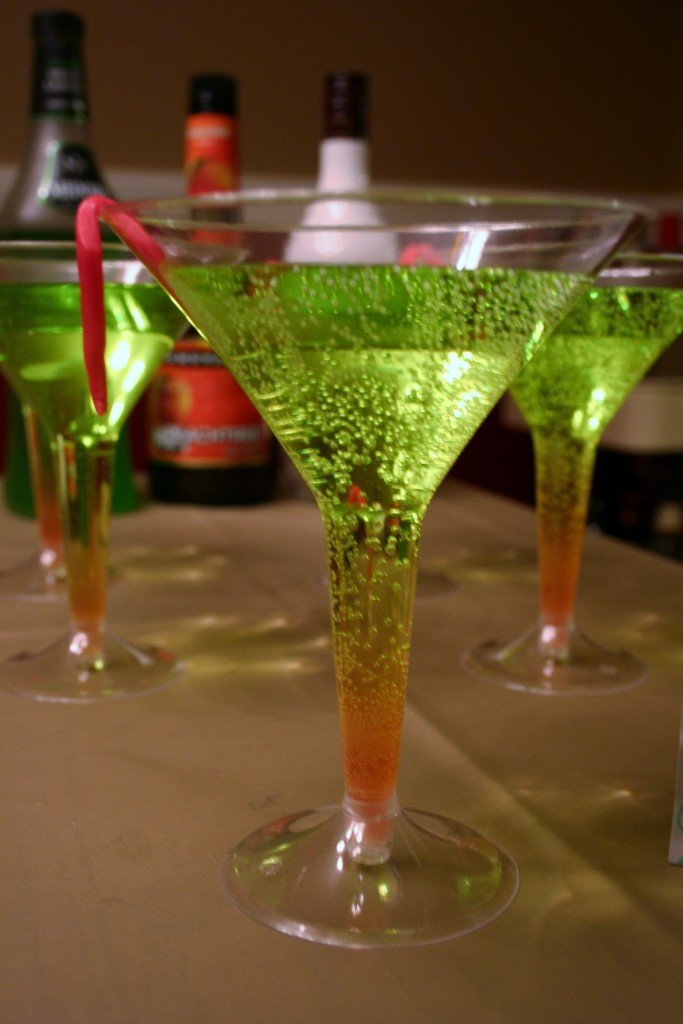 From speaking with the guests, the overwhelming favorite seemed to be the Lost Boy.  They enjoyed both the sweetness of this drink and the fun appearance and color of it.  The other one mentioned as a favorite was the Fair Maiden.  This tasted good but I had a lot of trouble with the layering on this one!  It was okay, people enjoyed the taste, but it turned out more of a teal/green instead of the pretty yellow and blue it was supposed to be.

Those who favored a less sweet drink tended to lean toward the Fairy Drunk Mother (that was my personal favorite!).  It still had a hint of sweetness but wasn’t overpowering.  I thought the combination of flavors was really good and unlike anything I’d had before. 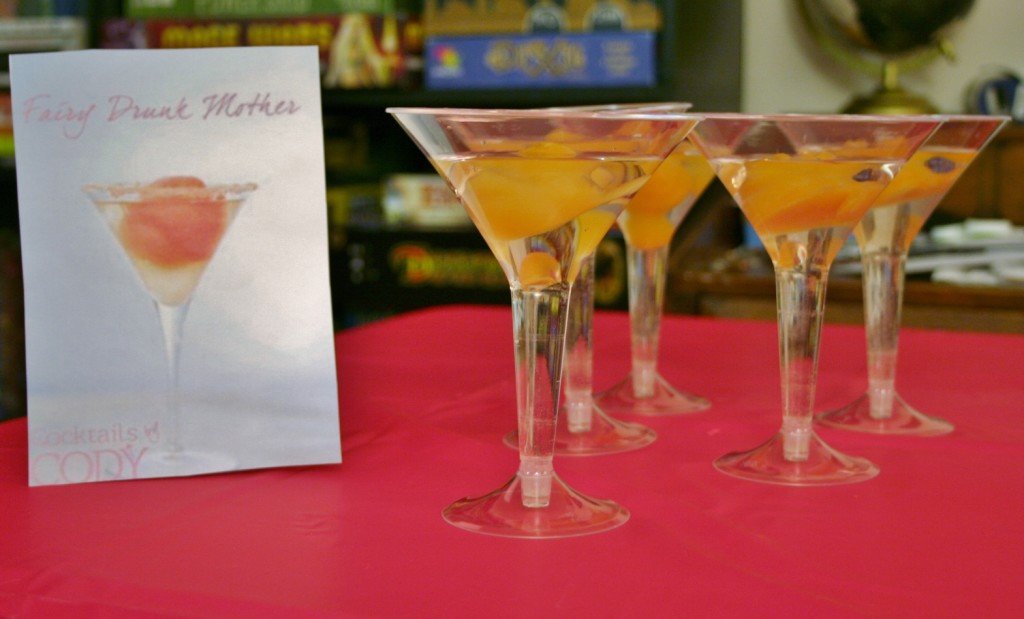 Sleep Cycle was gorgeous, and tasted good too.  I actually mastered the layering on this one!  I also included the Burly and Brawny to have more of a manly option.

The diamond dwarf was probably the least favorite (though none of them were bad!).  It was very sweet as a shot by itself.  It is suggested in the book to add it to the fair maiden, but people enjoyed that drink a lot by itself and didn’t need or want to combine the two.  All of the drinks created by Cocktails by Cody were great, at least from the ones we tried! 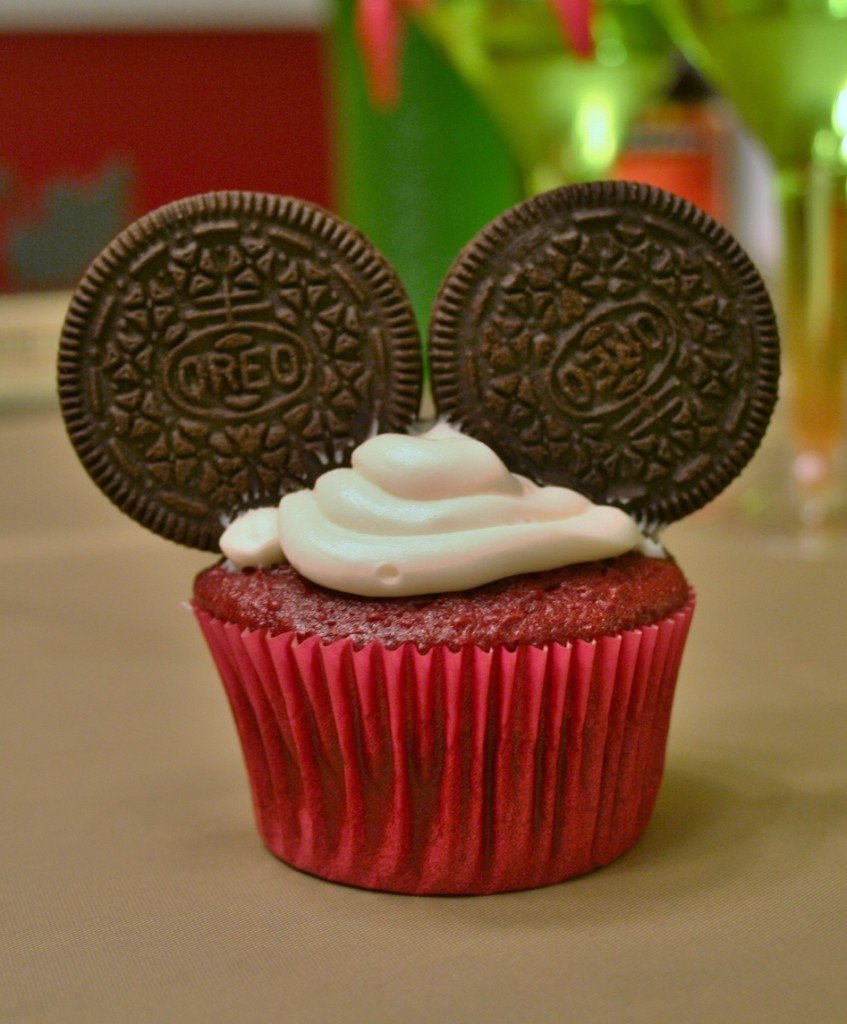 I asked everyone to bring some snacks (and bonus points if it was Disney themed!).  We got some great Disney themed party foods!  I made Mickey cupcakes – they were just red velvet cupcakes but I put Oreos on top for the ears.  Other Disney themed treats that people brought included Up themed cupcakes, dinosaur shaped soft pretzels, Snow White’s apple pastries, melted Olaf (a snack of marshmallows, pretzels, and chocolate chips), and even Disney Princess fruit snacks! 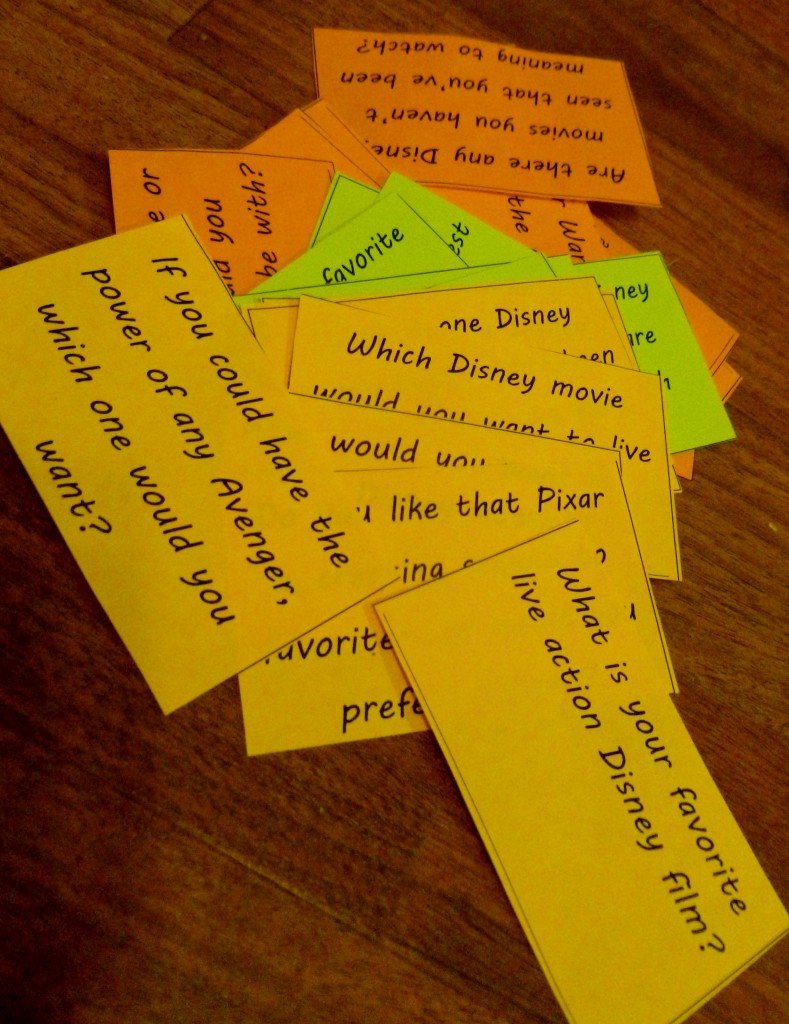 I always like to provide a little something to do at parties so it’s not all just standing around drinking or feeling like you have to talk awkwardly if you don’t know everyone.  So I had a couple of things set up.  I had Disney music playing in the background.  Around the tables I spread Disney conversation starters.  These were questions like “Which Disney character do you think you are most like?” and “What’s your favorite Disney World attraction?”  It got people talking and got some good discussion going! 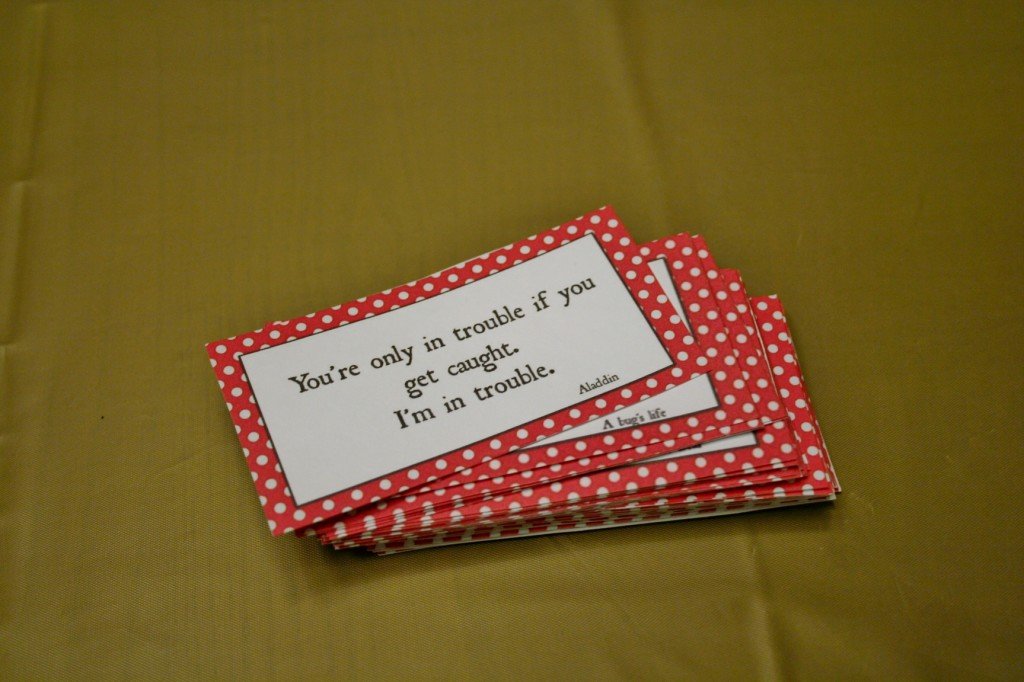 There were also a few games.  One was a Disney Quotes game that I got from this blog with free printables – it listed the quote and everyone had to try and guess which movie it was from.  I also set up Disney Scene It and some people played that.  And although it wasn’t planned, at the end of the night a group of us ended up watching some old episodes of the original Muppet Show! 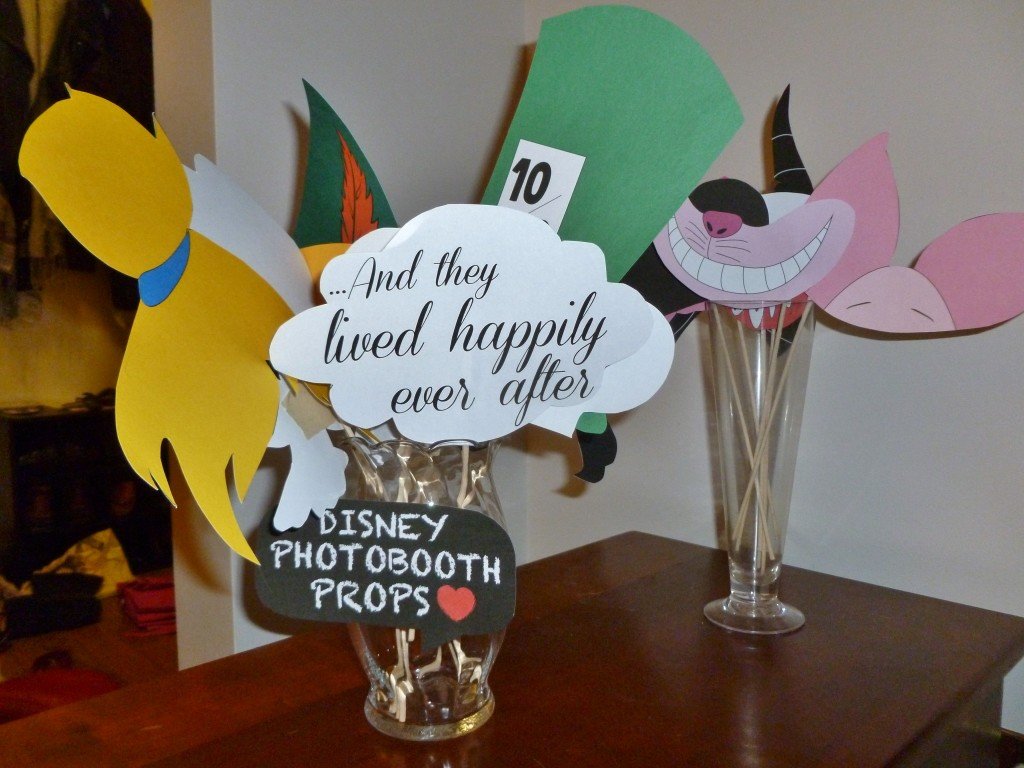 Finally, I got a download printable from Etsy of some Disney photo booth props.  These made for some fun photos to take!  These ones in particular were from the shop Little Forests.  I got the download immediately and was able to print them and cut them out! 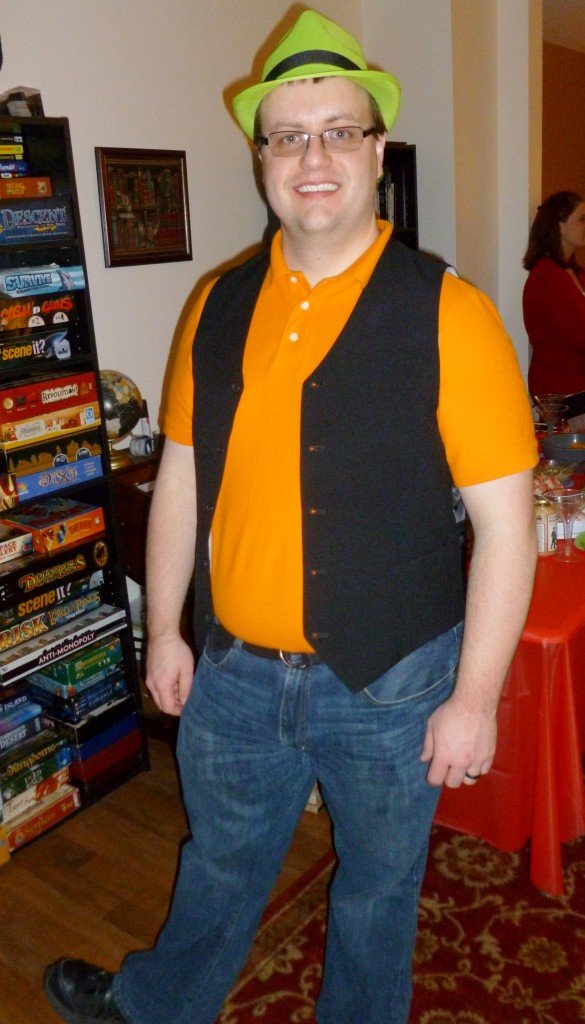 After a couple of people asked me what to wear, I suggested the idea of Disney Bounding.  If you’re not familiar, it’s wearing everyday clothes that represent a Disney character, usually in the colors that you’re wearing.  Most people participated and some really got into it!  It was fun looking at everyone’s clothing and trying to guess which character they were.  I might put up another blog post just featuring all of the outfits because they were really fun.

Everyone seemed to have a great time.  Even some of my friends who aren’t huge Disney fans got into the themeing and enjoyed it.  There were a lot of questions about if we could do another one and explore more of the drinks in the recipe book.  I would love to!

Are you interested in trying any of these Disney themed cocktails from the Fairy Tale Cocktails book?