You are here: Home / Disney World / 10 things you may not know about the Haunted Mansion 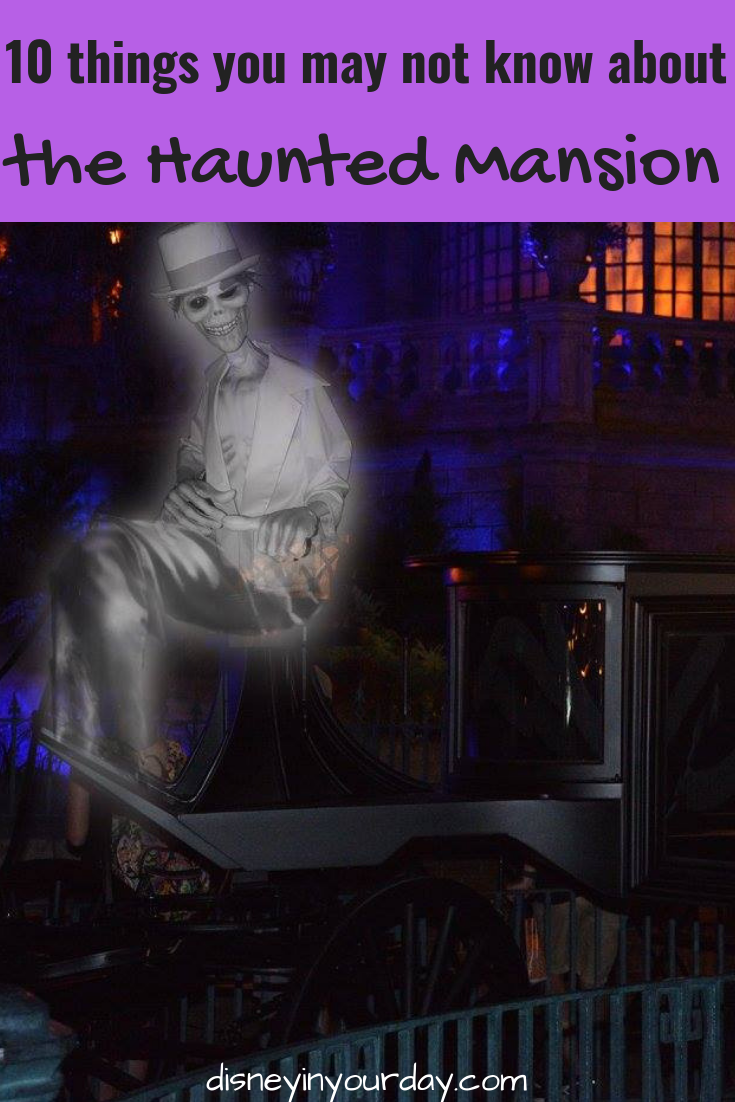 The Haunted Mansion is a classic Disney attraction and a popular favorite among many Disney fans. The Disneyland Haunted Mansion recently celebrated it’s 50th anniversary, so in honor of that I thought I would share some fun facts about the ride! One of my good friends is a die-hard Haunted Mansion fan, she she supplied most of this information, much of it that I didn’t know myself! There are so many little details and things that went into the Haunted Mansion that honestly, ten is just the tip of the iceberg. If people enjoy it maybe I’ll put together a longer list at some point! 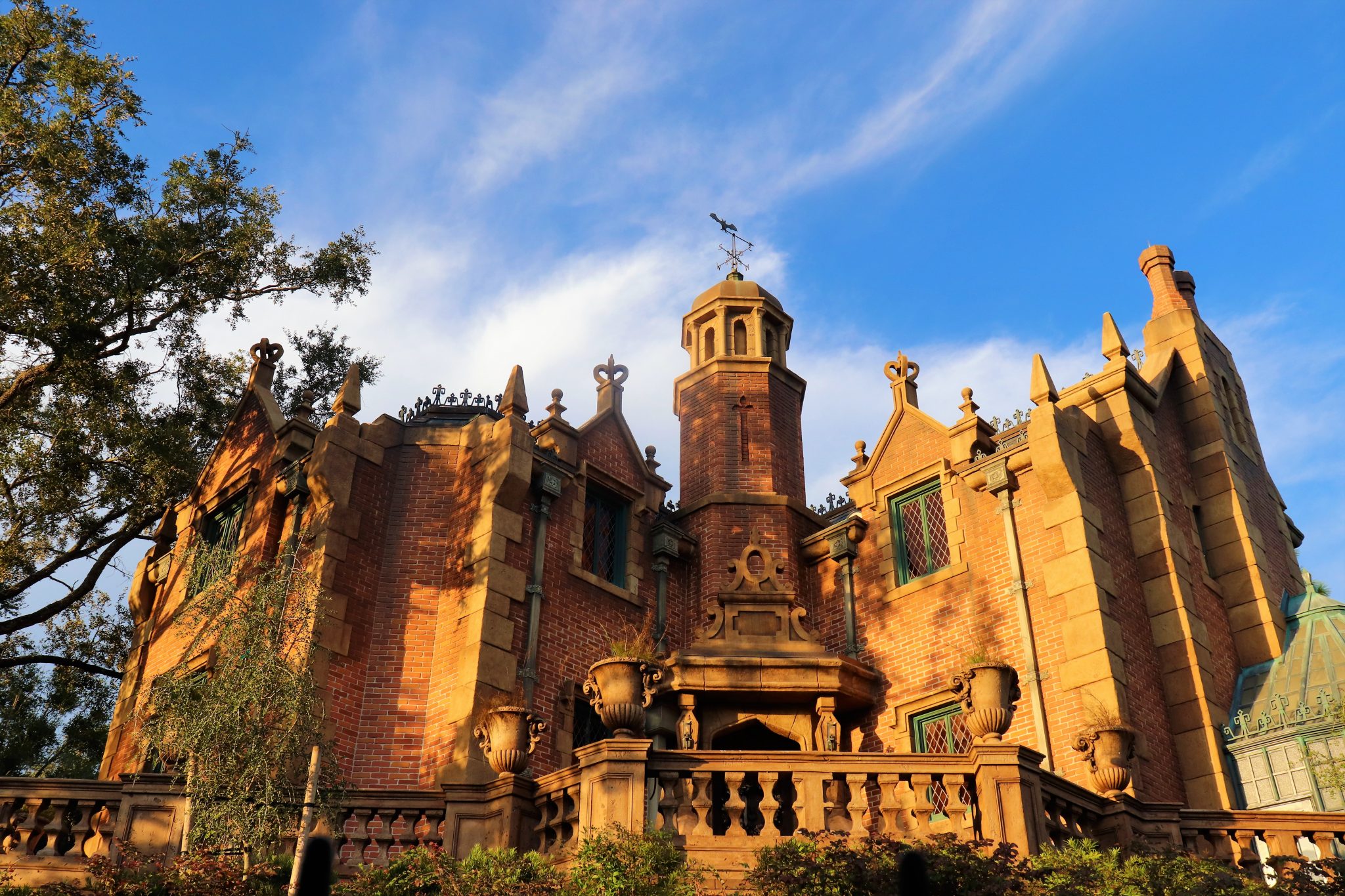 Read on for some fun facts about the Haunted Mansion!

1. One of the recurring themes of the Haunted Mansion is that “someone is always watching” – that’s why there are so many face and eye motifs (ex., eyes hidden in the wallpaper).

3.  “Master Gracey” is named for Yale Gracey, the imagineer who led the team of special effects designers. 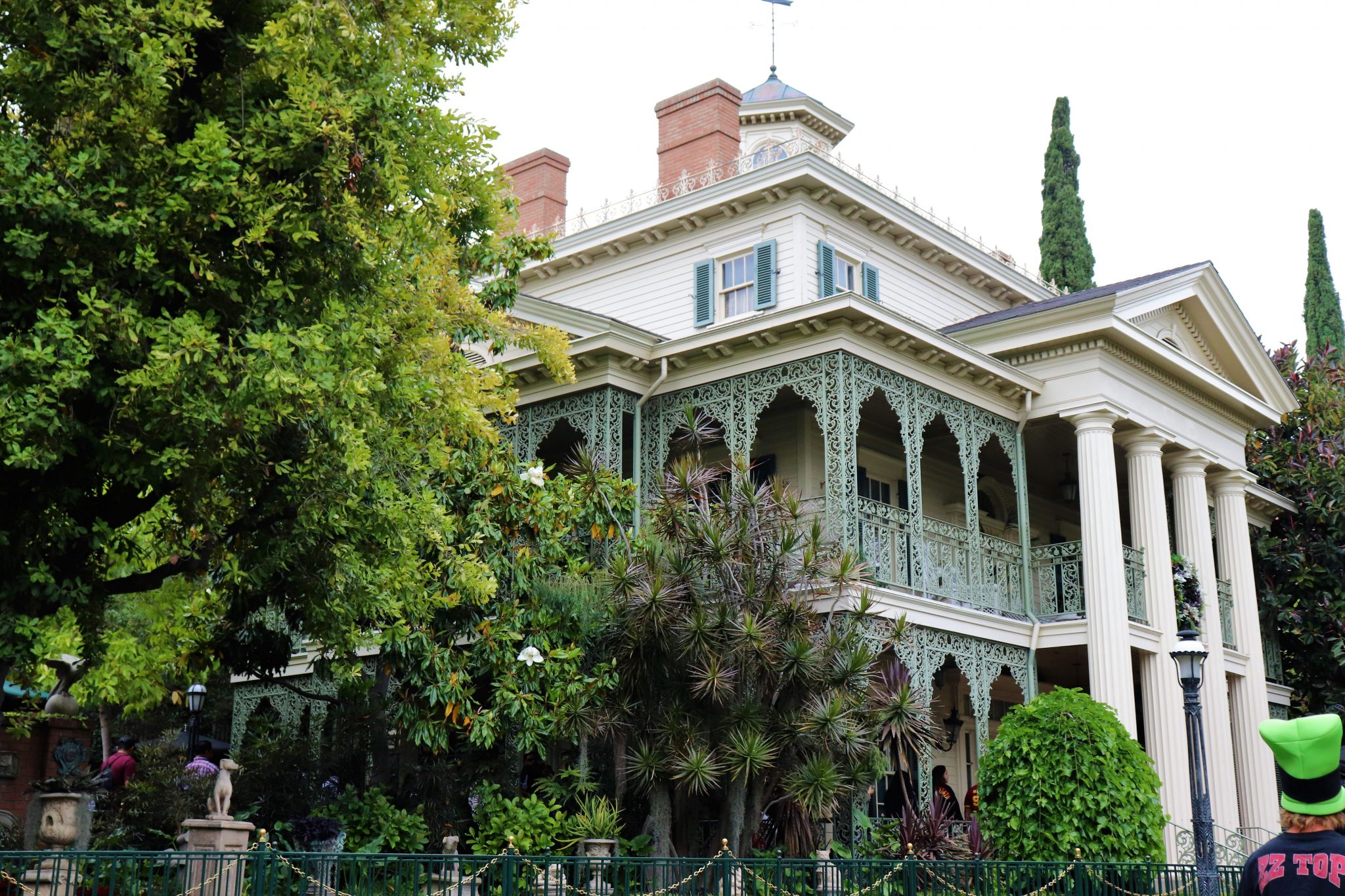 4. Thurl Ravenscroft is the lead singer in Grim Grinning Ghosts – but you might recognize the voice as he also voiced Tony the Tiger in the Frosted Flakes commercials and is the original singer of the song “You’re a Mean One, Mr. Grinch”! His voice appears in other Disney attractions as well, including Fritz in the Enchanted Tiki Room. As you walk through the new queue of Haunted Mansion in Disney World, notice that the pipe organ in the queue says “Ravenscroft” on it.

5.  The dancing ghosts in the ballroom scene are done with a special effects technique called Pepper’s Ghost. There are real animatronics located below the Doom Buggys, and the ghosts that you see are actually a reflection of those animatronics. However, as a result if you watch closely you’ll see that the dancers are actually backwards – in that the women are leading the men in dancing, rather than the other way around.

6.  The face of Madam Leota, the psychic in the crystal ball, is actually the face of Imagineer Leota Toombs. She had been working on the Haunted Mansion project and they asked her just to step in to do some tests – but then they felt her look was so good for it that they went ahead and used her face as the actual model in the attraction.

7.  The hitchhiking ghosts’ names are Ezra (the tall one), Phineas (the one with the suitcase), and Gus (the prisoner). There are tombstones for them in Disney World’s graveyard queue, though they are a little difficult to see because they are up on the hill. 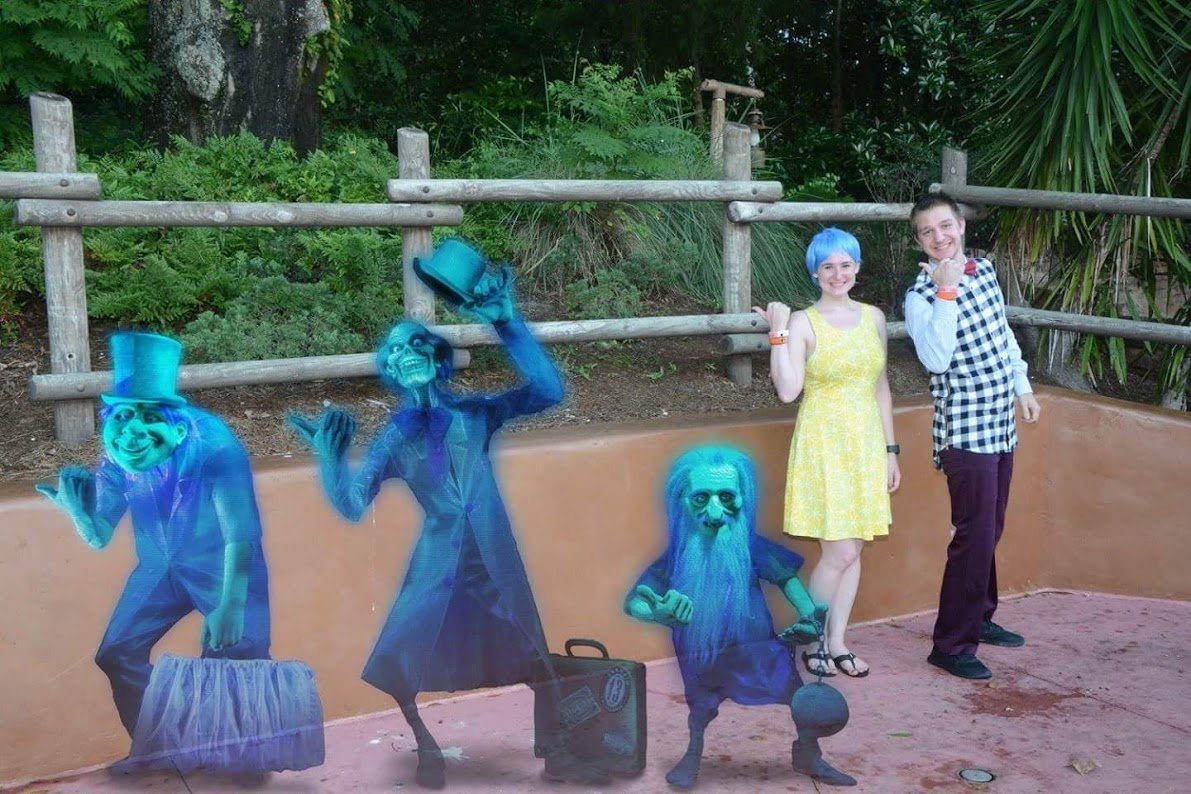 8. Towards the very end of the graveyard scene you’ll see an opera singer. She was added because Imagineer Marc Davis wanted to be able to say “it ain’t over till the fat lady sings” – so he put a singing fat lady near the end!

9. If you look in the pet cemetery outside of Disney World’s Haunted Mansion, you can see a statue of Mr. Toad. This was placed here after they closed Disney World’s version of Mr. Toad’s Wild Ride as a way to remember him.

10. When the Haunted Mansion originally opened in Disneyland, there was a ghost known as the Hatbox Ghost in the attic. The effect had his head disappearing and then reappearing inside his hatbox – however, the effect never worked that well so they removed it quickly. In 2015 the Hatbox Ghost was reintroduced to the Disneyland attraction with new special effects.

Did you learn anything new fun facts about the Haunted Mansion?