You are here: Home / Animal Kingdom / 10 things you may not know about Expedition Everest 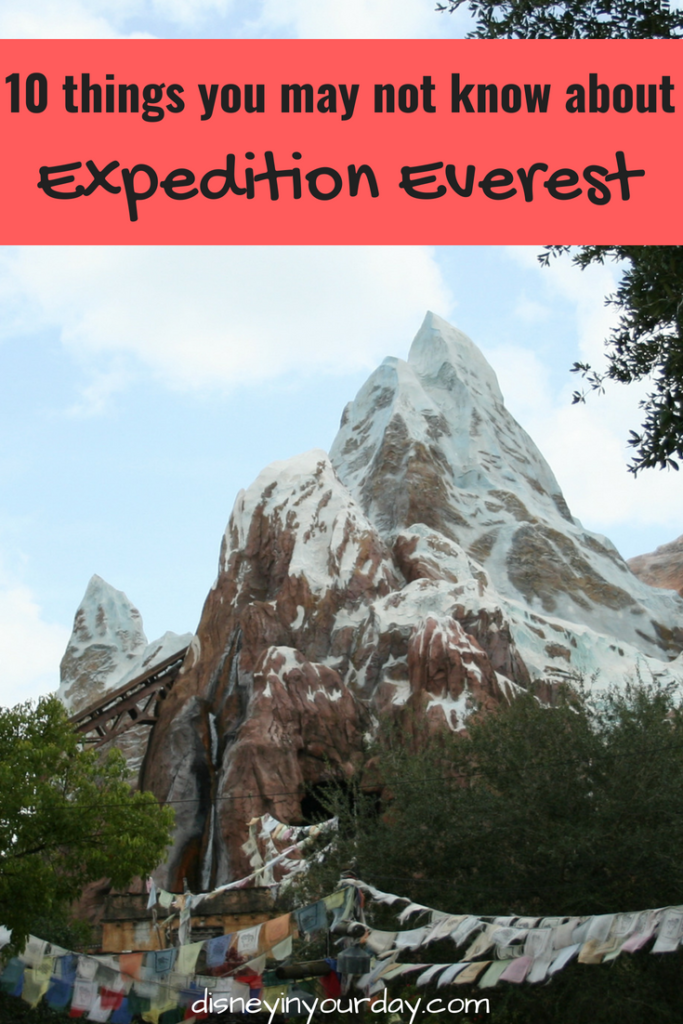 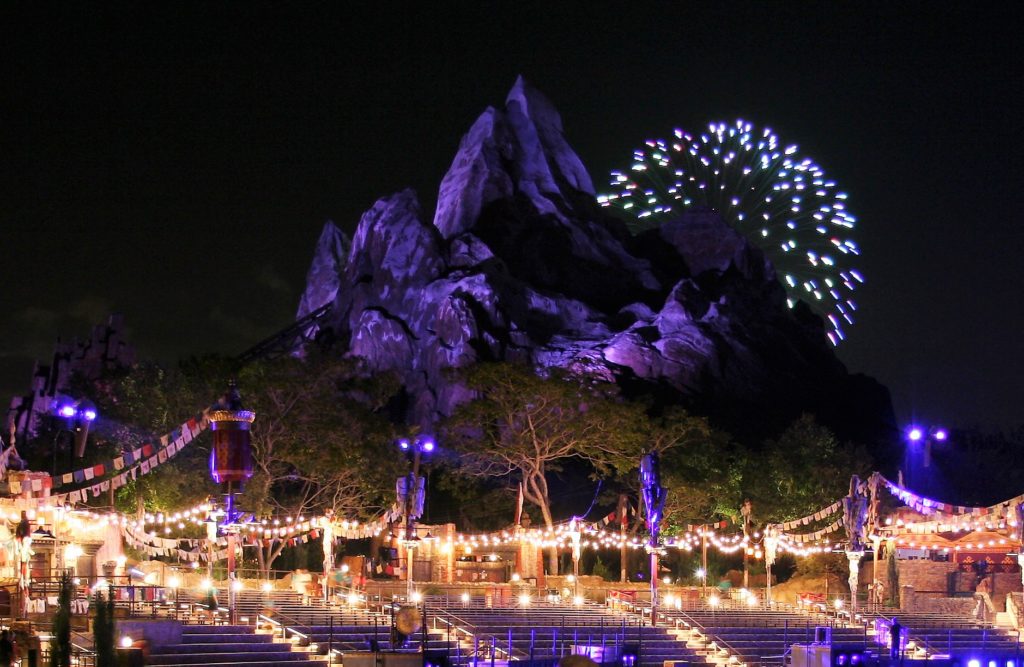 1.  How tall do you have to be to ride Everest? One Yeti foot high – or at least that’s what the height ruler in front of the ride says!

2.  In the area just before you enter the final section of the queue, you might see your name on the wall.  Guests’ names are incorporated into ads for various Everest inspired items or places. This is done using the technology of Magic Bands. It was pretty cool to see “Rebecca Ginther” quoted on how great Himalayan tea is!

3.  The steam train cars that are used for the coaster are supposed to look like long abandoned trains, which means they’re created to look rusted and beat up. This is a benefit for maintenance as well, since the usual nicks and dents don’t need to be fixed up as often! 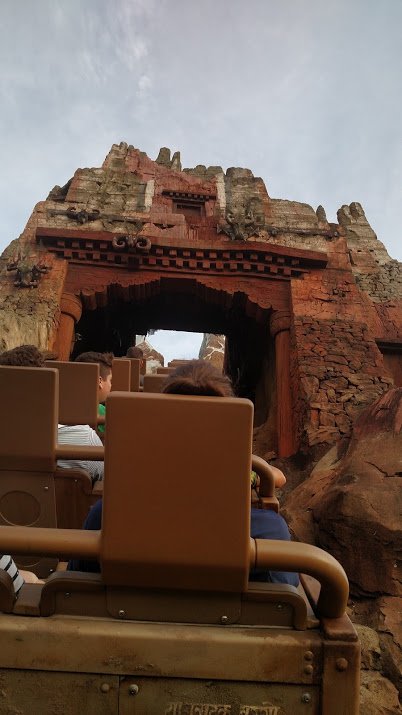 4. When the ride first opened the Yeti was an animatronic that was able to move, but it broke and Disney hasn’t fixed it. Instead they put a strobe light on the Yeti to try and create the illusion of movement – this has earned him the nickname “Disco Yeti” with many Disney fans.

5.  The entrance to Expedition Everest lies right on the race course for the Disney World marathon. Due to the timing of the race and the location of this ride, it’s become a tradition with some runners to run off the course and onto the line for Everest, ride the roller coaster, and then keep going for another 13 miles! I did it when I ran the marathon and it was one of the best parts for me!

6.  Even though it’s called Expedition Everest, that mountain you see isn’t actually Mount Everest. It’s called the Forbidden Mountain and is a creation of Disney’s imagineers. 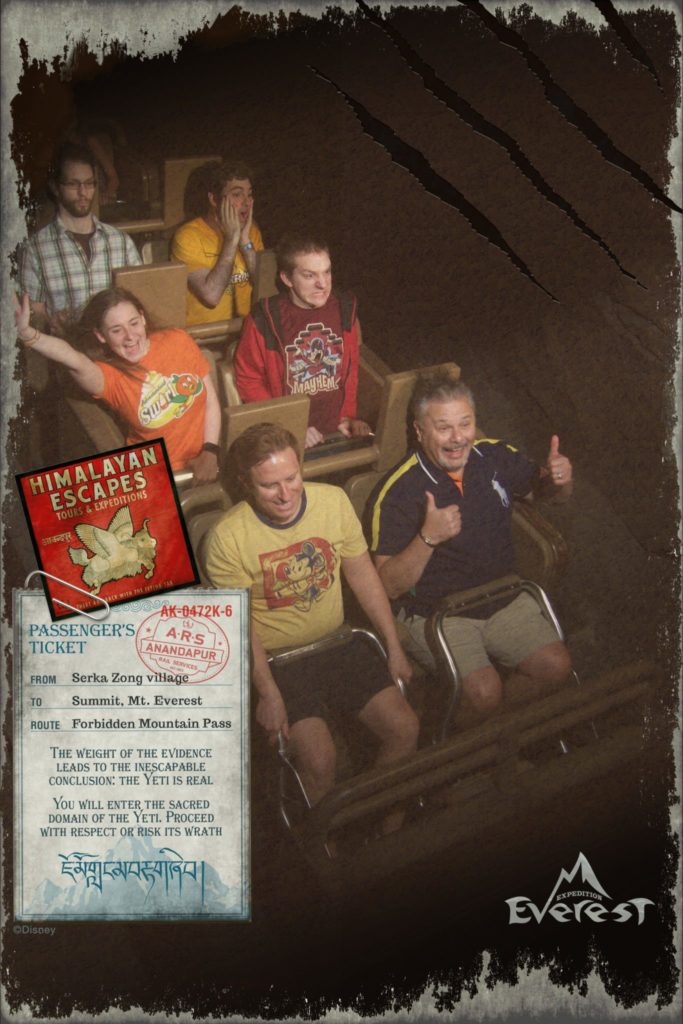 7.  The queue is fascinating if you have some time to look at it, and many of the objects there actually came from Asia. Imagineers traveled to Nepal to do research and make the attraction as authentic as possible.

8.  The biggest drop on Expedition Everest is 80 feet, and the vehicles reach speeds of up to 50 miles per hour.

9.  Expedition Everest currently holds the Guinness World Record for being the most expensive roller coaster ever built – it cost $100 million. No one can say that Disney skimps on their attractions!

10.  Disney has built a lot of mountains in their theme parks, but this one is the tallest at 199 feet.  Take a look around you as you go up the big lift: you can easily see the Tower of Terror at Hollywood Studios and Spaceship Earth at Epcot! 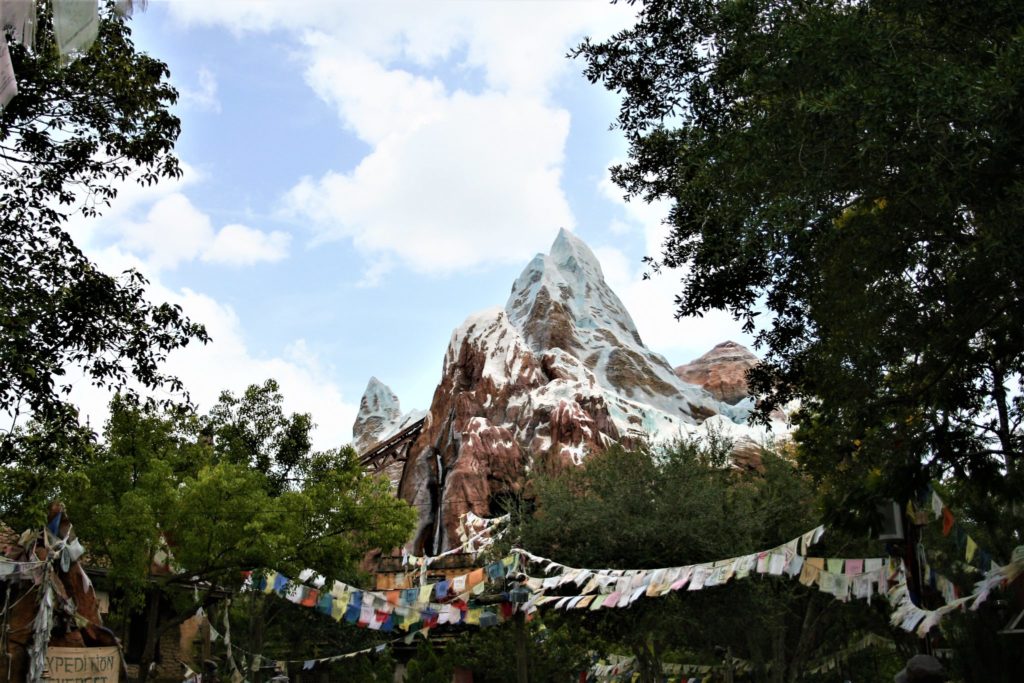 Did you learn anything new about Expedition Everest? What’s your favorite fun fact?