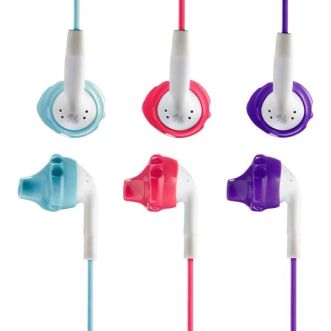 I felt like I had a tried a number of different running products, but one thing I hadn’t experimented with was earbuds or headphones for while you run. I used the ones that came with my iPod, and then when those came out I just bought cheap ones at Target.  But when I heard that Yurbud had not only created earbuds for running, but also specifically for women, I knew I had to try them.

There are two major things that are important when it comes to a good pair of earbuds – fit and sound quality. Yurbuds are unique in the way that they are designed.  They are purposely made to have the least possible chance of falling out, which is very important when you’re using them on the move.  They sort of twist into your ear.  I’ve used them on multiple runs now, including the Tower of Terror 10 miler, and they have never fallen out.  They are really comfortable when I’m running too.  The only thing I’ll mention is that because they are really in there, I sometimes feel just a little bit of discomfort when I’m removing them.  They also come with two different covers, so you can adjust the size if you have bigger or smaller ears.

In terms of sound quality, they are probably the best earbuds I’ve ever owned – though I will admit that earbuds are not something I’ve ever spent a lot of money on before. Both my music and my podcasts sound crisp and clear, and I don’t have any problems with volume.  Since they are tucked into your ear a little more than typical earbuds, they do a pretty good job of blocking out other sounds, though not completely, so I would still be able to hear any loud sounds that might be important. 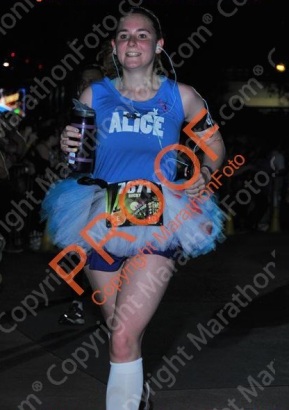 I look sweaty and tired, but my Yurbuds stayed in for the whole 10 mile race!

And as far as earbuds go, Yurbuds look pretty nice too! They come in a variety of fun colors, but they aren’t loud or obnoxious.  I like the fact that the rubber part is colored, but the cord itself is a neutral grey.  That way I can still add a splash of color but I feel okay wearing them with any of my running costumes (though I was lucky enough to get blue, which matched my Alice costume perfectly!)

All in all these are definitely my go-to earbuds now for running. I highly recommend trying them out, and I know a lot of my friends love them too! 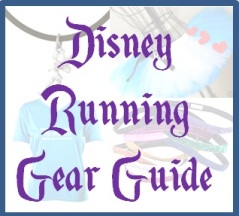